The Church of St Peter at Westminster, better known as Westminster Abbey, is the largest church in Britain. One of the most important Gothic buildings in the country it is the traditional place of coronation, marriage and burial for British monarchs.

It is an Abbey rather than a Cathedral as the daily worship (collegiate) falls directly under the jurisdiction of the British monarch, rather than under a bishop. 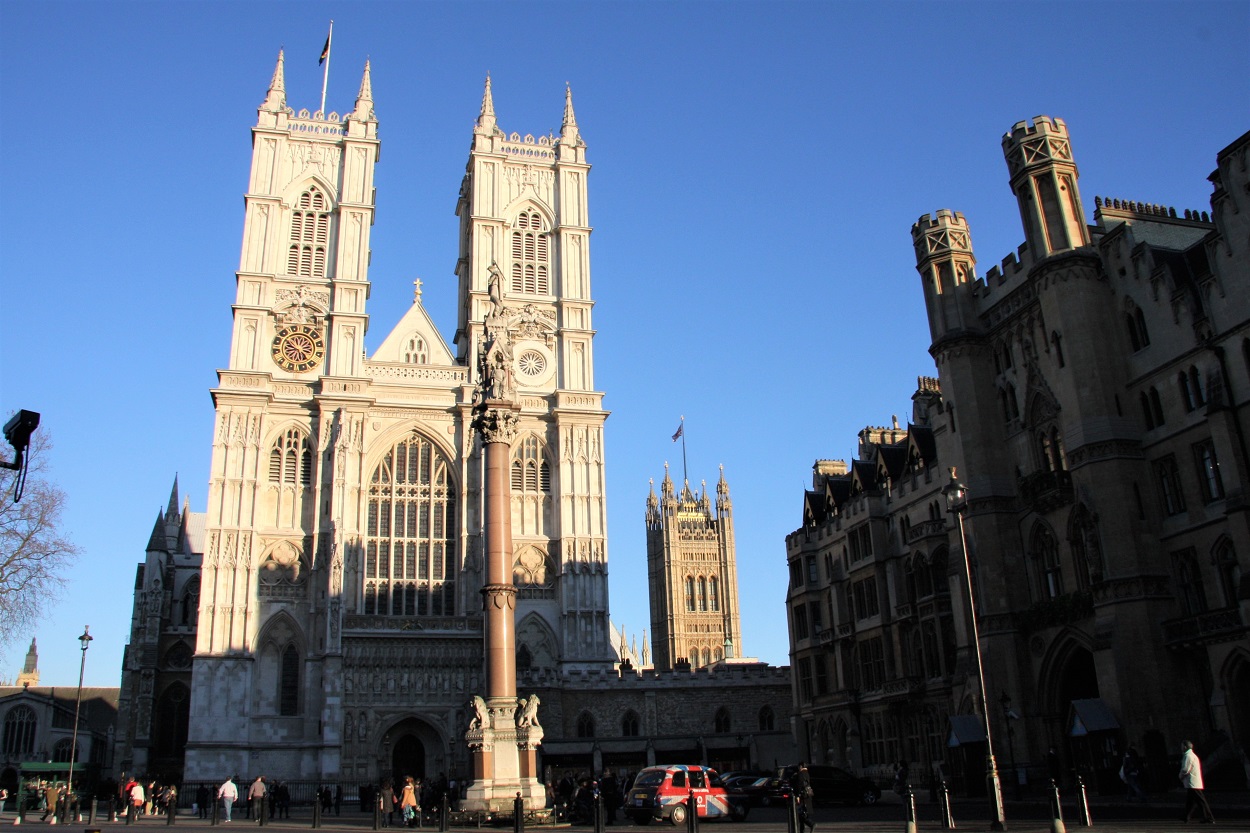 It is widely thought that an Abbey has stood on this site since the 5th Century after a local River Thames fisherman had a vision of St Peter the Apostle. Proven origins are 500 years later, when in 960 Saint Dunstan with the support of King Edgar built a monastery for a community of Benedictine monks.

In the mid 11th century, soon after King Edward the Confessor built the Palace of Westminster close by, the monastery was enlarge into a stone church, in honour of St Peter. The church, depicted in the Bayeux Tapestry and traces of which can still be seen today, became known as the ‘west minster’ to distinguish it from St Paul’s Cathedral, the ‘east minster’. Edward the Confessor's Westminster Abbey stood for over two hundred years. 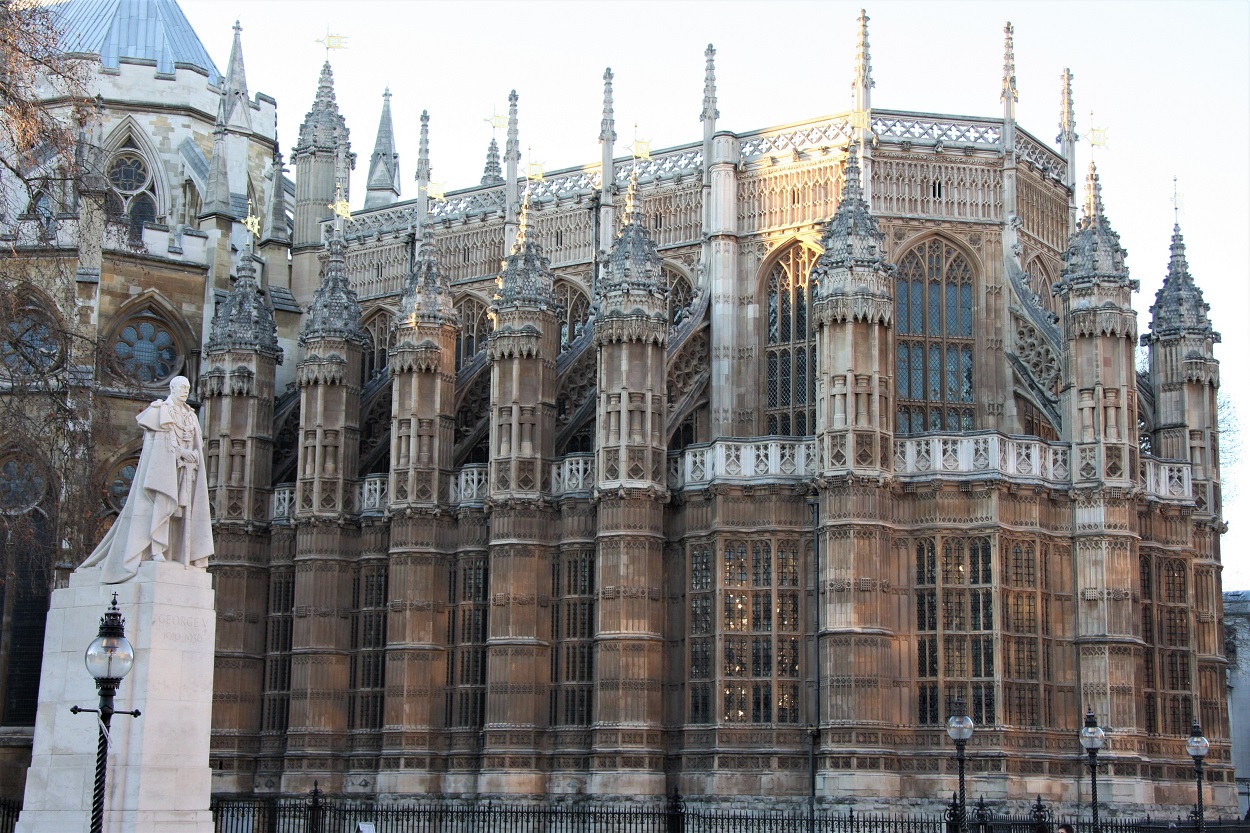 Construction of the present 700-year-old Westminster Abbey was started in 1245 by King Henry III during a period of great Anglo-French Gothic style architecture which included Canterbury, Winchester, Salisbury and many northern French cathedrals.

Designed to be place for the coronation and burial of monarchs every monarch since William the Conqueror has been crowned in the Abbey and, until 1760, most Kings and Queens were buried there including the Royal Saint, Edward the Confessor the last Anglo-Saxon king of England. 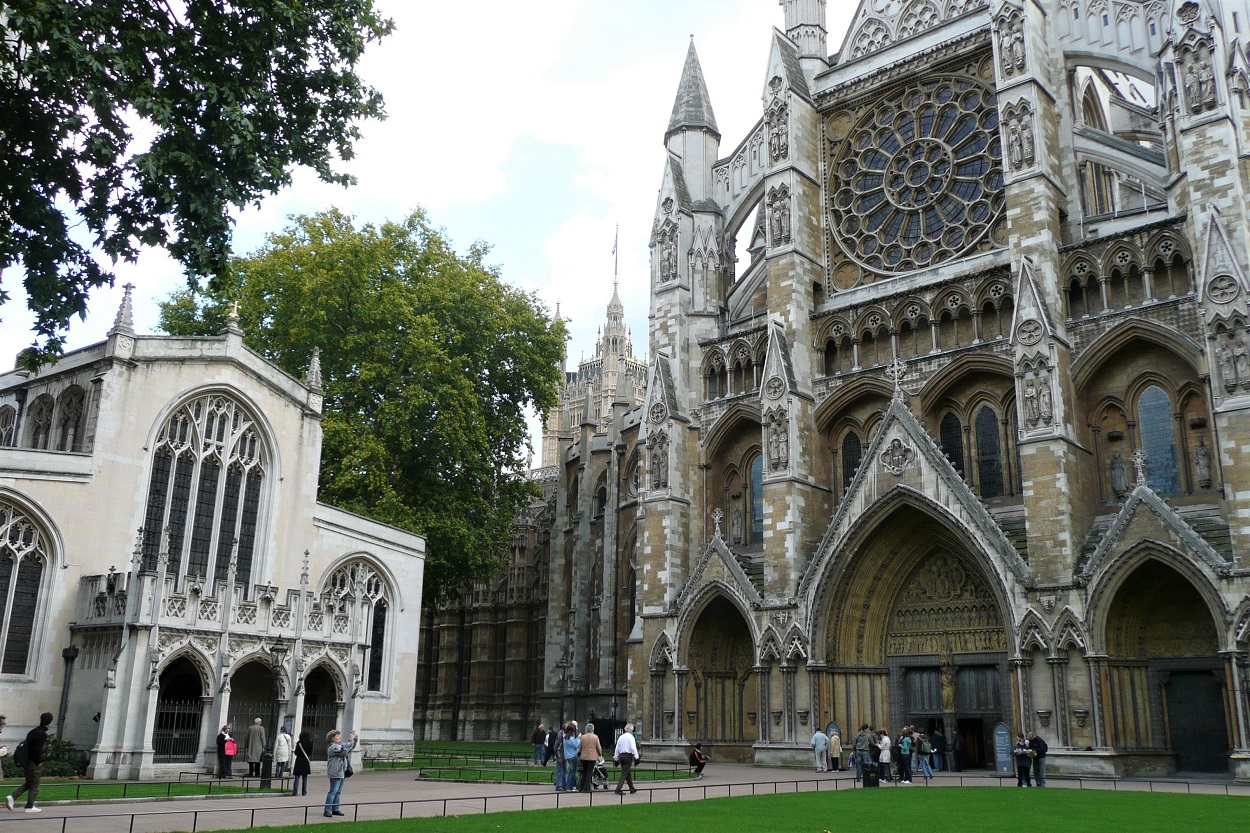 The Lady Chapel, constructed in the reign of Henry VII, has been called ’the wonder of the world’ with its perpendicular architecture, spectacular fan-vaulted roof and Henry’s tomb, crafted by Italian sculptor Pietro Torrigiano.

Figures below the Rose Window at the North Entrance. 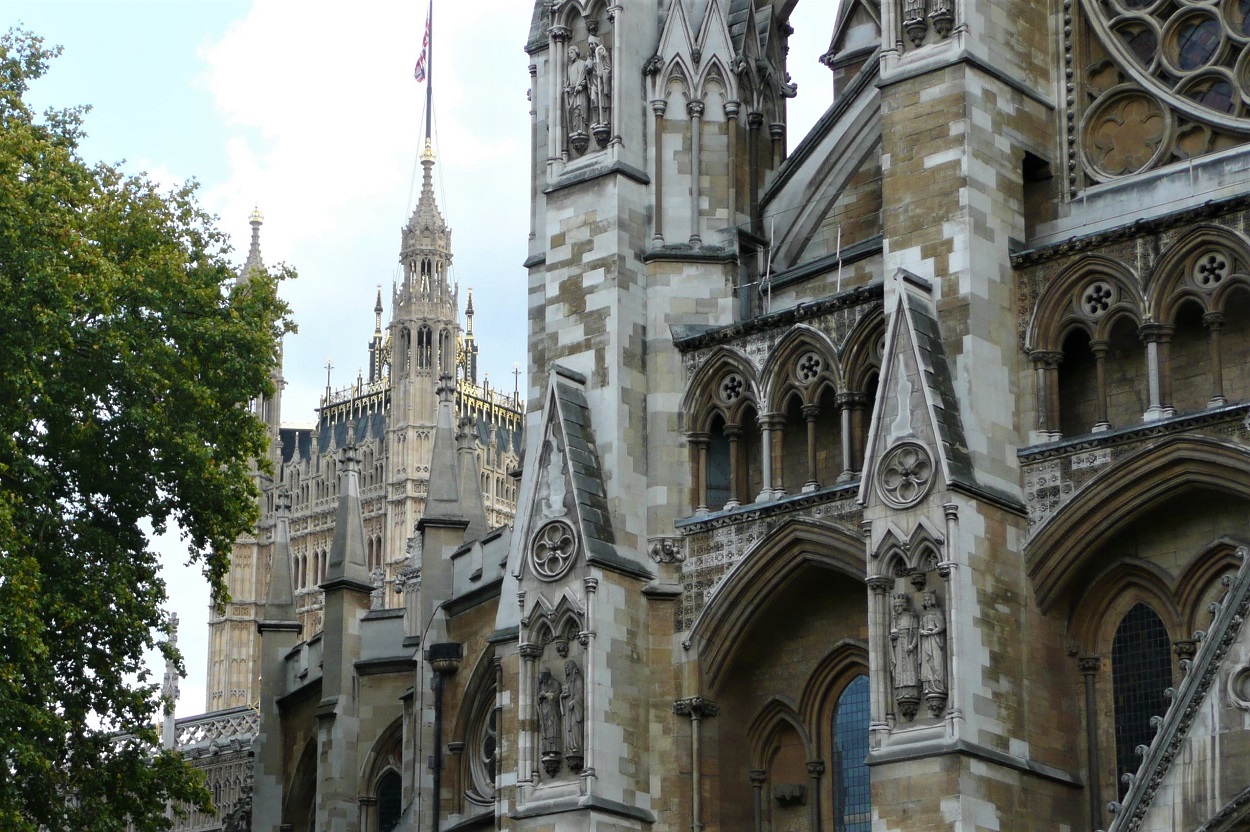 More recently, the funeral of Princess Diana and the wedding of Prince William to Kate Middleton took place in the Abbey. In 2010 His Holiness Pope Benedict XVI became the first Pope to visit the Abbey with the bells ringing out across the city to mark the historic event.

Westminster Abbey has been a place of worship for over 1000 years. Services are held daily, all are welcome.

Westminster Abbey is open to visitors every day, most days of the year, and for services on Sundays.