Trafalgar Square with its two fountains surrounded by mermaids and dolphins and Nelson's Column, which is guarded by four lions, is at the geographical centre of London. Built to commemorate the 1805 British naval victory off the coast of Cape Trafalgar during the Napoleonic Wars, the square one of London’s most popular meeting places.

Trafalgar Square is at the centre of London next to Charing Cross from where all modern-day distances are measured.

Built during mid-19th Century on the former stables and courtyard of the Palace of Whitehall, Trafalgar Square is home to Nelson’s Column, two 24m fountains, four sculpture plinths and statues of historically important world figures. At the top of the square are the National Gallery, National Portrait Gallery and St Martin in the Fields church.

Trafalgar Square is often used for the democratic tradition of national protests. 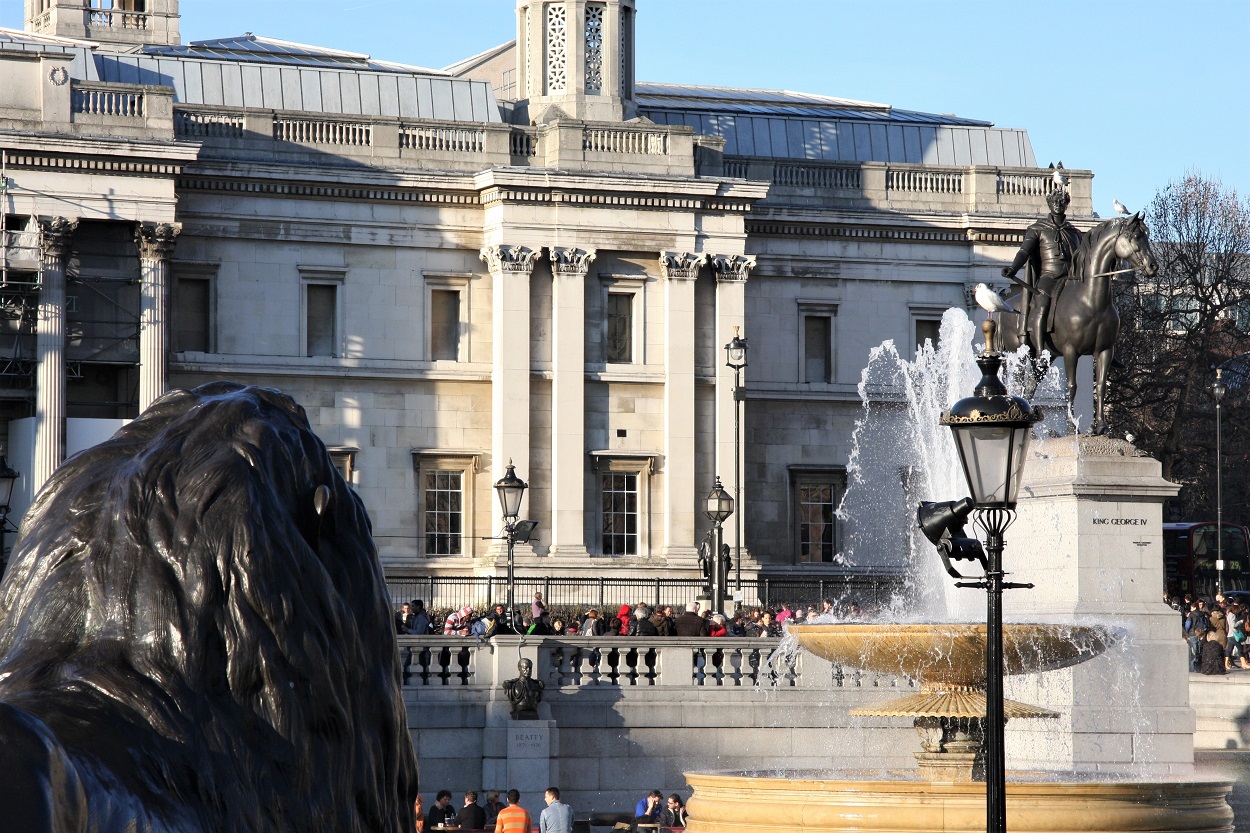 Trafalgar Square was designed by Sir Charles Barry as a ceremonial and cultural space. Opened to the public in 1844, the square is one of London's main tourist attractions.

As a popular meeting and social place it is often used festivals, political demonstrations and national celebrations, such as for Royal Weddings and on each New Year’s Eve when thousands of people party in the square.

4th plinth changes yearly, in 2012 Golden Boy symbolised there is more to life than victory or defeat.

The plinths in each corner of the Trafalgar Square were designed for sculptures, but the plinth in the north-west corner, (intended for a statue of William IV whom the square was originally going to be named), remained empty until 1998. Now known as the ‘Fourth Plinth’ the Royal Society of Arts initiated a scheme to show a series of specially commissioned, and sometimes controversial, contemporary works of art.

Trafalgar Square is a popular meeting place to walk or relax. The pedestrianised North Terrace has a cafe and public facilities.

Admiral Horatio Nelson, lost his right eye in Corsica then his right arm in Tenerife. 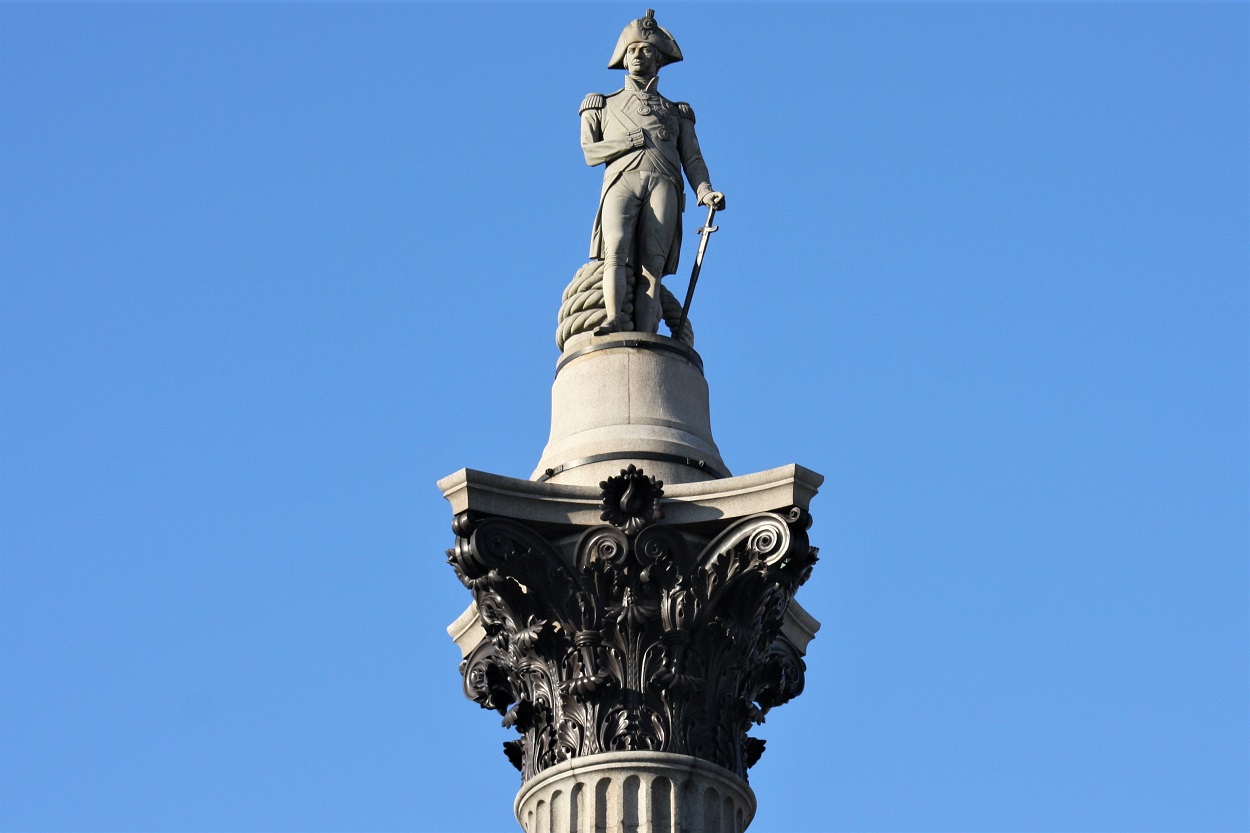 Nelson’s column was built in 1843 to commemorate Admiral Horatio Nelson's death at the Battle of Trafalgar in 1805.

The 5.5m sandstone statue of Nelson stands on top of a 46m solid Dartmoor granite column. Nelson faces south looking towards the Admiralty, with the Mall on his right flank, where Nelson's ships are represented on the top of each flagpole.

The square pedestal at the foot of the column is decorated with four bronze panels cast from captured French guns. They depict Nelson's victories at the Battles of Cape St Vincent, Nile, Copenhagen and Trafalgar. The four lions guarding the base of the column were added in 1867, 25 years after the statue was erected.

Trafalgar Square and Nelson's Column are in a public place and open all year.