The Mall and Clarence House

The Mall is London’s primary ceremonial road. Starting at Trafalgar Square it leads though Admiralty Arch into St James's Park, passes St James's Palace, Clarence House and finishes at Buckingham palace. The 1km road, which is laid out like a giant red carpet, it is used for royal processions and national celebrations.

The Queen on The Mall in the Diamond Jubilee State Coach 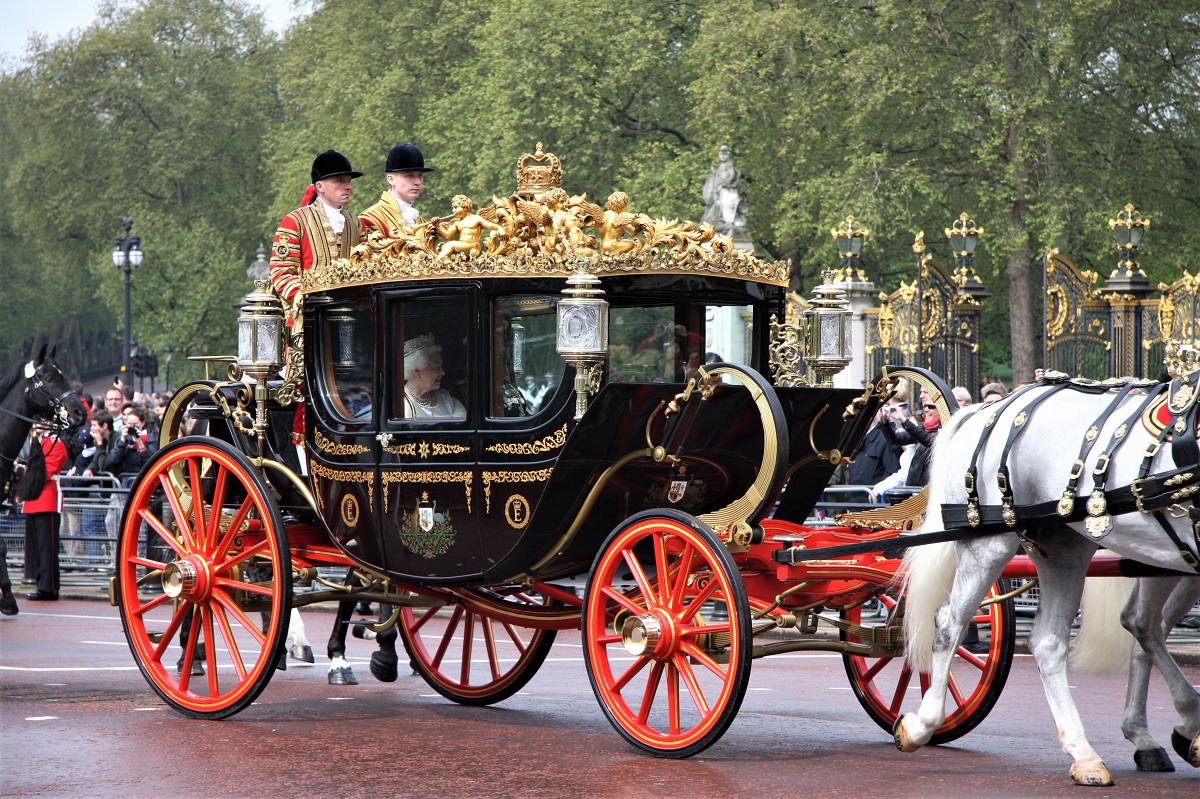 Queen's Guard Marching Band in autumn/winter uniform on The Mall 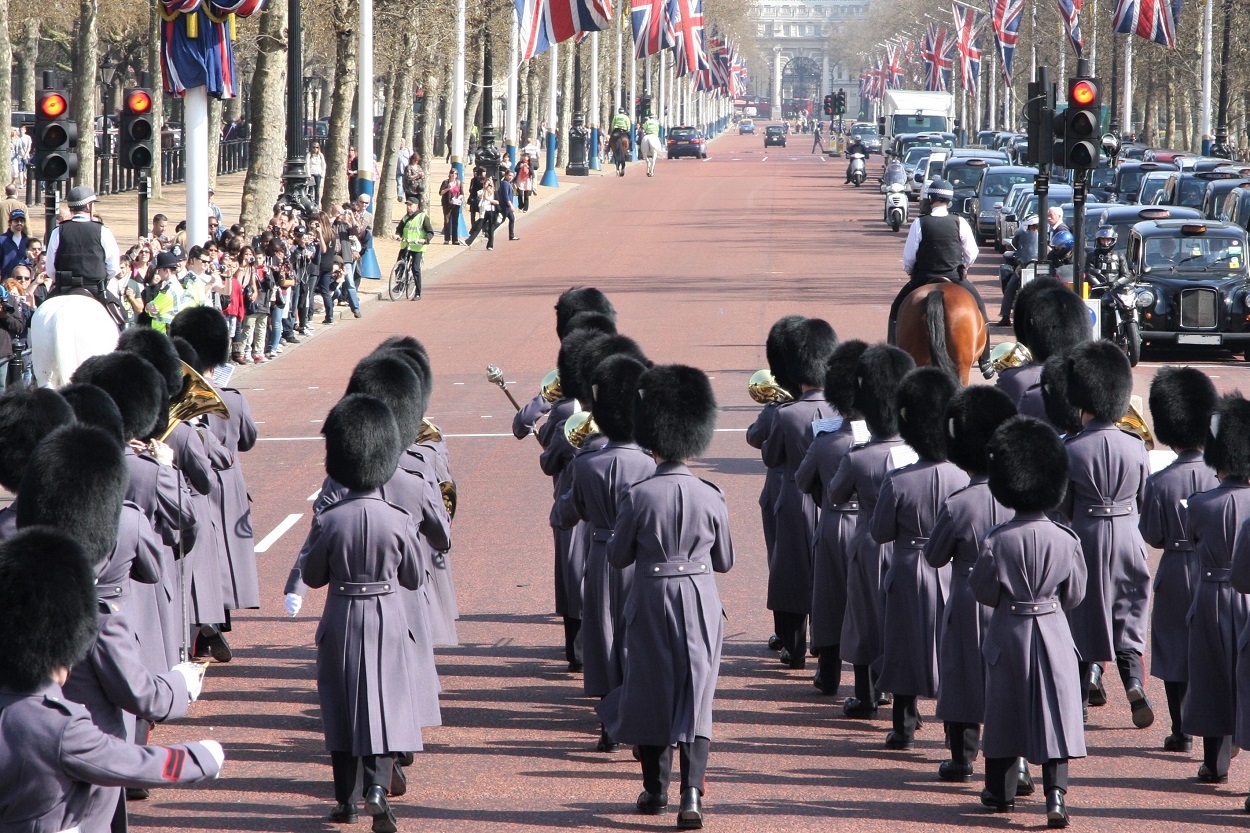 The Monarch often receive visiting Heads of State by escorting them in horse drawn carriages up the Mall which would be decorated with Union Flags and flags of the visiting head of state's country.

In 2011 over one million people packed the Mall to see the newly wed Prince William and Kate Middleton appear on the palace balcony with other members of the Royal Family.

Admiralty Arch, entrence to The Mall 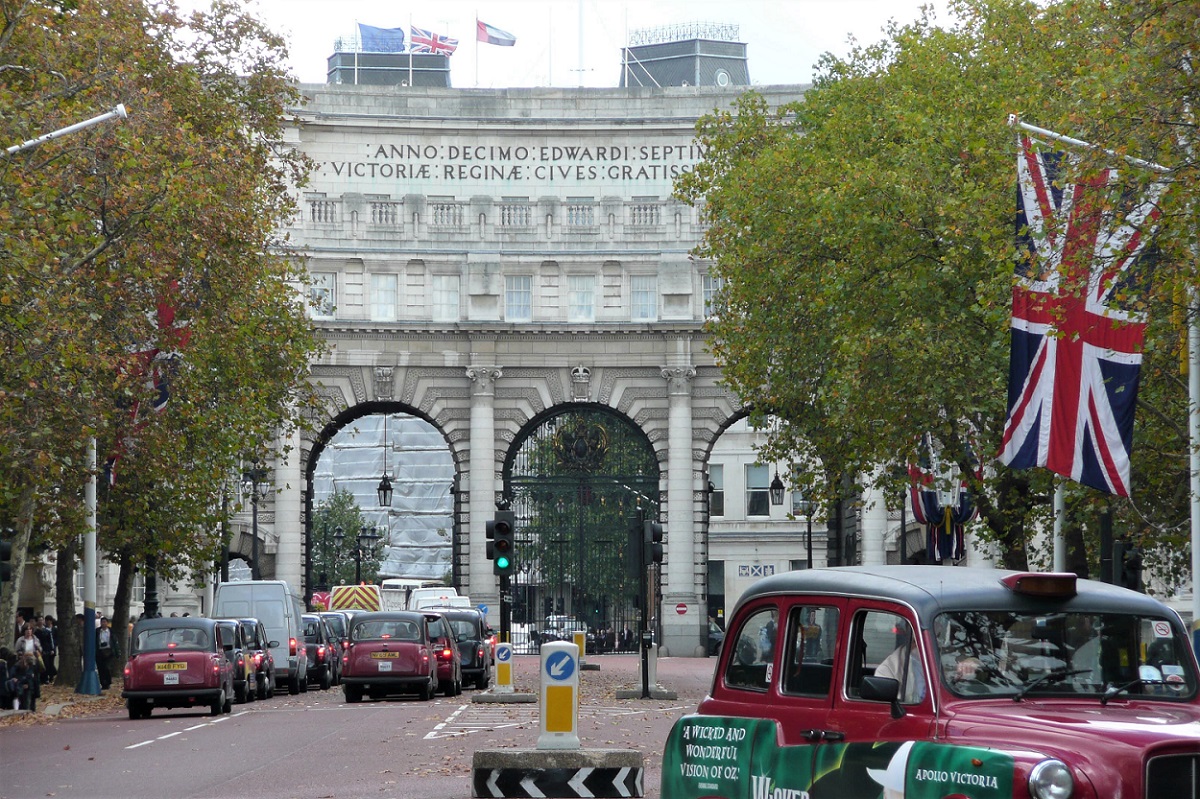 At the eastern end of The Mall is Horse Guards Parade, where the Trooping the Colour ceremony is held to mark the official birthday of the British Sovereign. St. James's Park is on the south side with Green Park and St James's Palace, on the north side.

From the Victoria Memorial to Admiralty Arch The Mall is exactly 0.5 nautical miles (0.93 km) long, under which there is a network of tunnels connecting Buckingham Palace to No 10 Downing Street (the Prime Minister's Office) and the Foreign Office.

Clarence House, guarded by soldiers from the Queen's Household Division 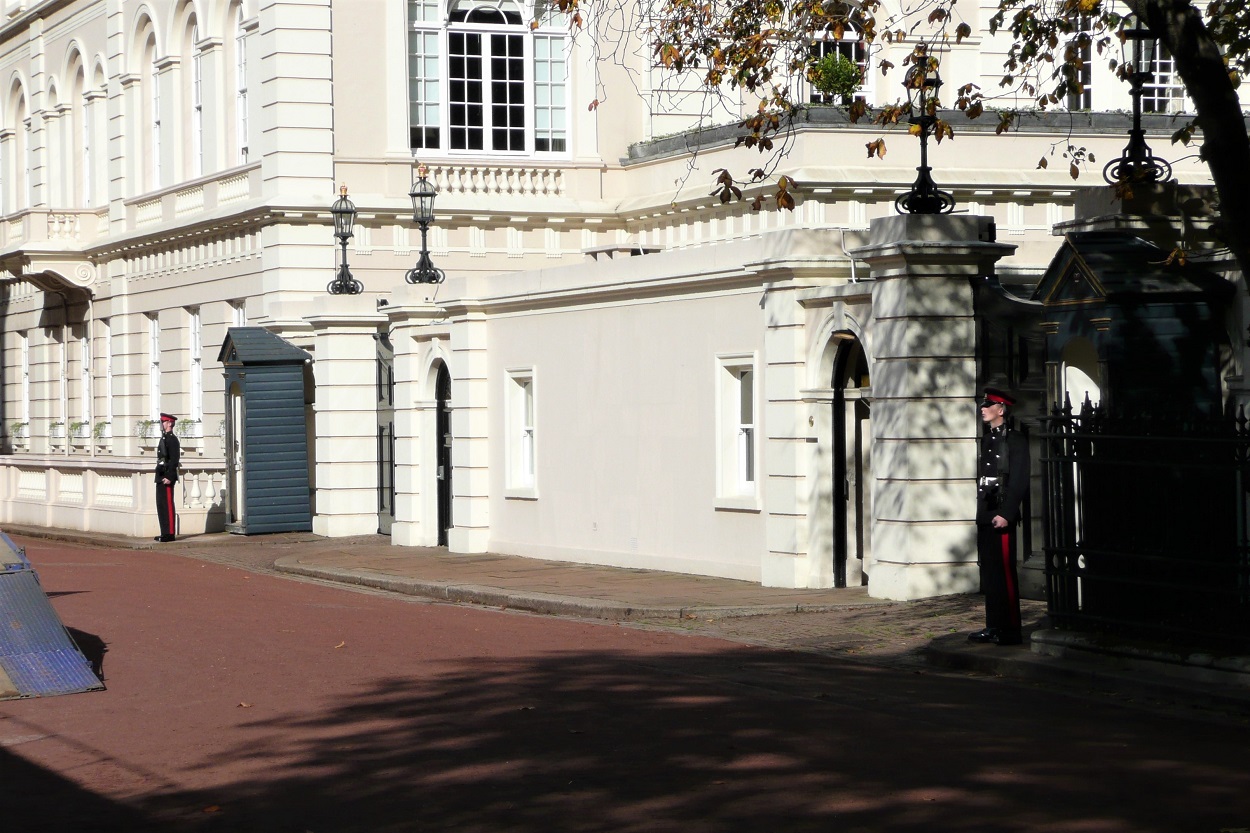 Clarence House, part of the St James’s Palace complex, is the official residence of The Prince of Wales and The Duchess of Cornwall.

Built in 1827 by John Nash it was commissioned by Prince William, Duke of Clarence (King William IV) and has been home to many members of the royal family including; Princess Elizabeth and her husband, The Duke of Edinburgh (now Queen Elizabeth II), the Queen Mother and Princess Margaret. Princess Anne was born there.

Clarence House, along with York House and Lancaster House are within the environs of St. James's Palace and are guarded by soldiers from the Queen’s Household Division when the Monarch are in London.