St Stephen Walbrook, re-built in 1680 after the great fire of London, is one of Christopher Wren’s most famous churches, a timeless work of art and, as stated by the prominent art historian Sir Nikolaus Pevsner, one of the 10 most important buildings in England.

St Stephen Walbrook was built on the site of a 2nd century Roman temple and later, a 7th century church. 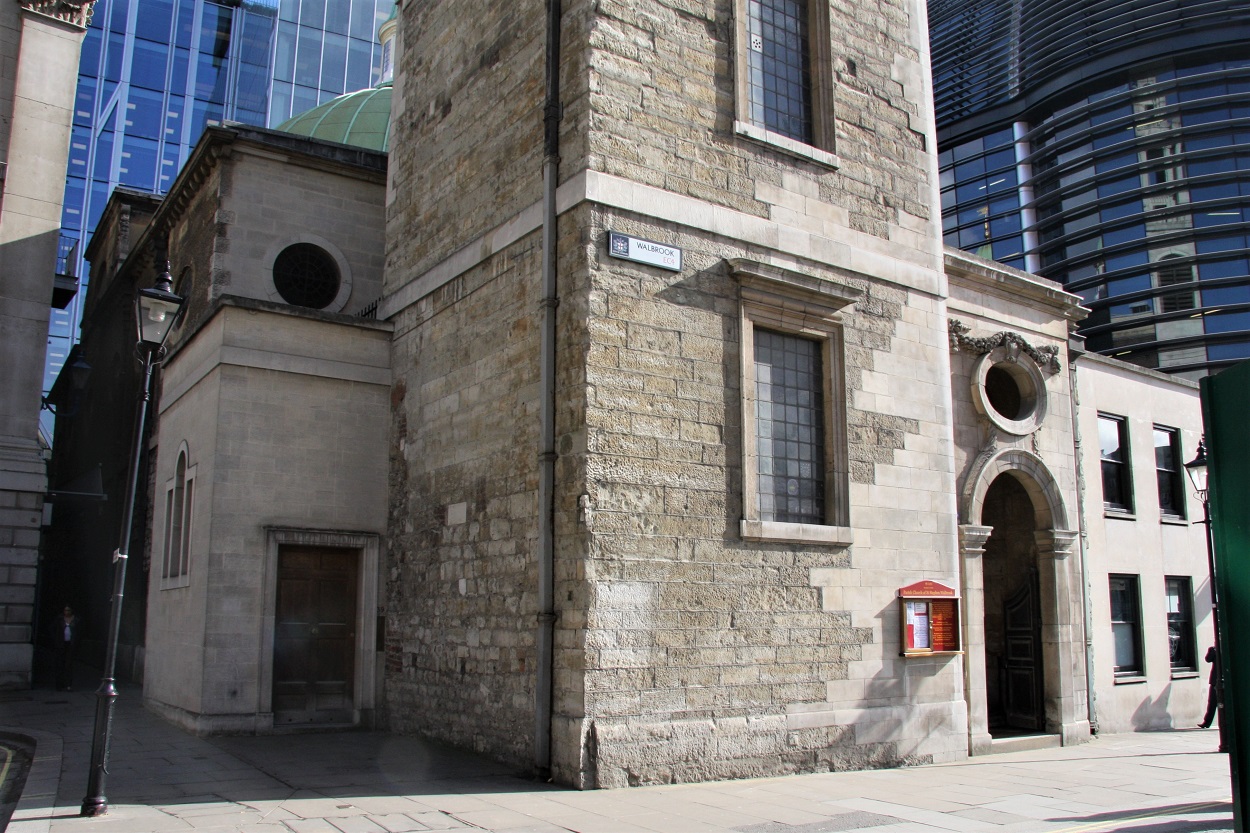 Widely admired throughout 18th century Europe the Italian sculptor-architect, Canova considered Wren’s church as a masterpiece and compared it to the best architecture in Rome.

The church was originally connected to other building so the roughly finished exterior does not indicate the beauty and splendour of the interior, “so rich a jewel in so poor a setting”- Bumpus. 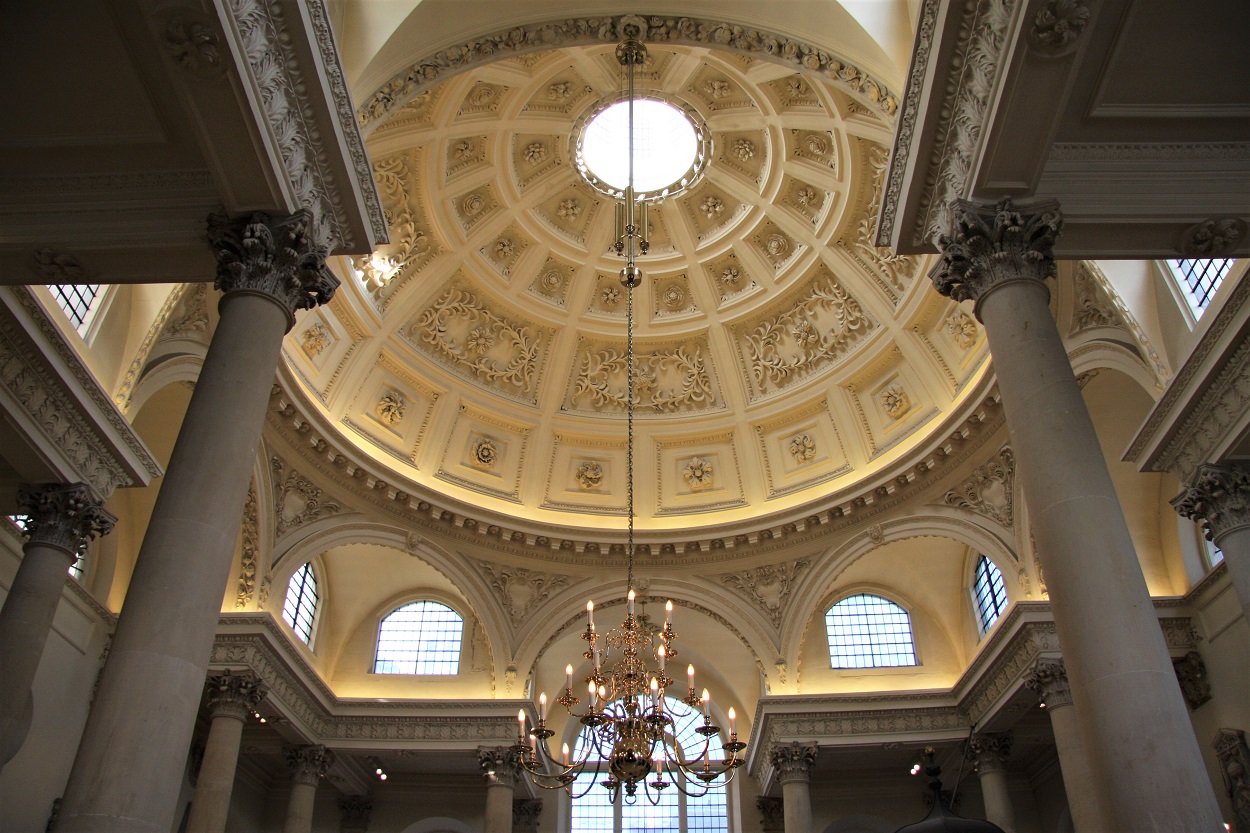 At that time Christopher Wren was King Charles II’s architect and surveyor, lived at No. 15 Walbrook and was a parishioner of St Stephens. His plans for St Stephen Walbrook, considered a prototype for his construction of St Paul’s Cathedral, were based on perfectly rectangular geometry and natural sources of light so making everything fit into place with apparent simplicity. 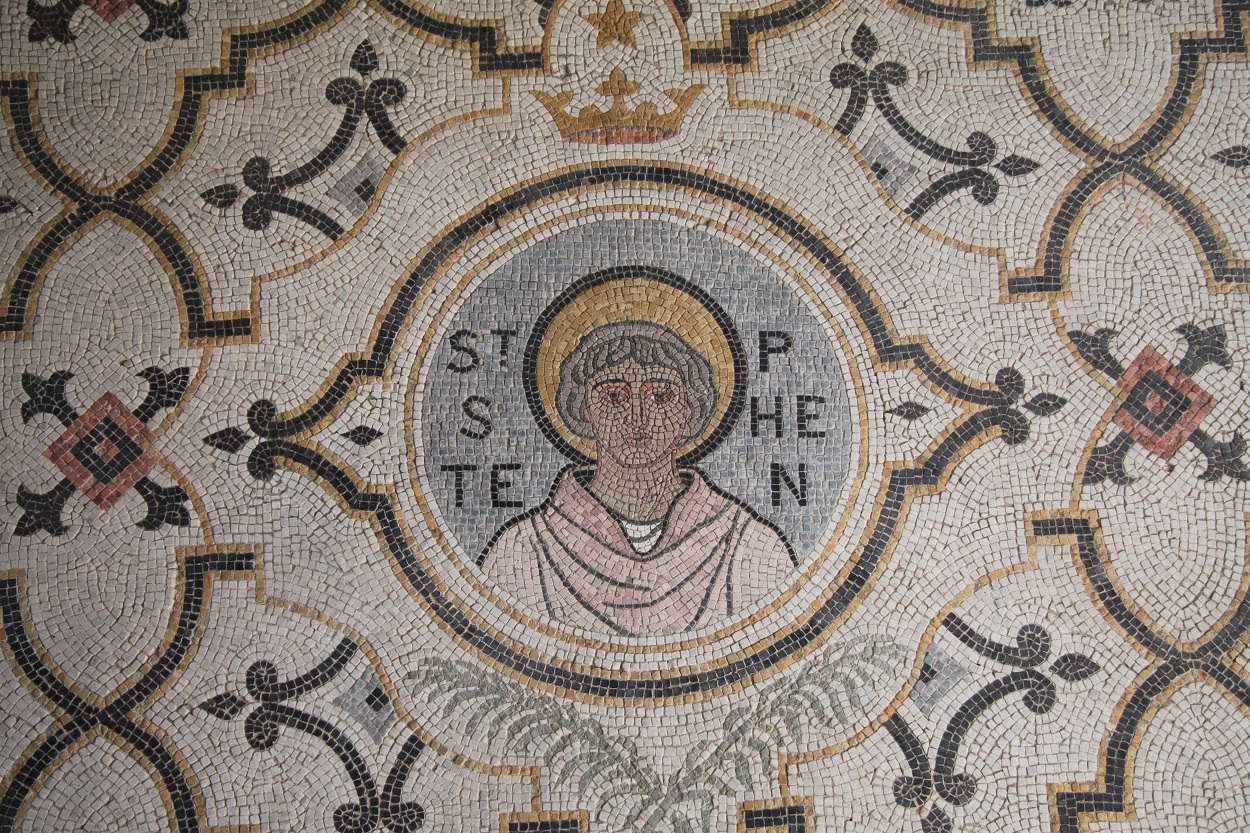 The lath and plaster facings on elaborate carpentry frames, the omission of galleries and the light shining through the eight arches give “an unparalleled feeling of lightness of weight and brightness of illumination”. 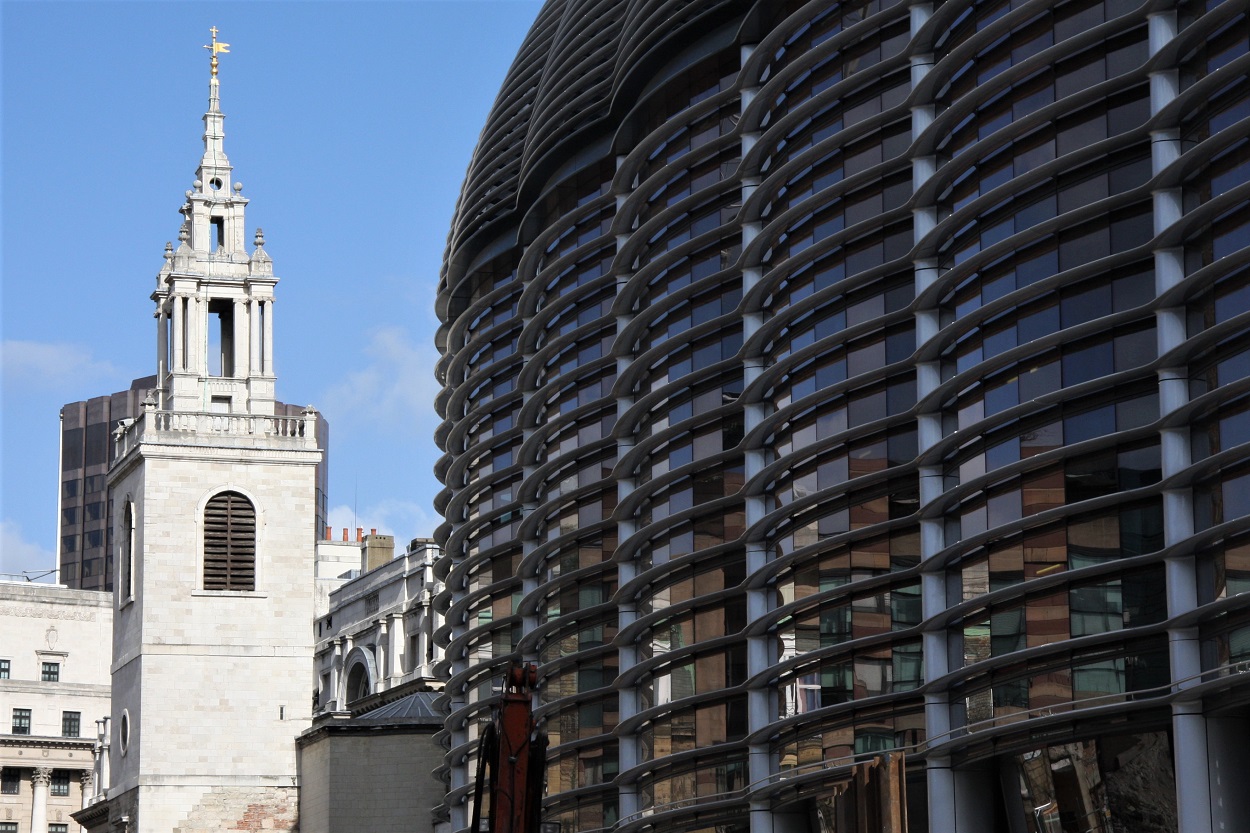 One of the most famous vicars of St Stephen’s was Chad Varah, the founder of the Samaritans, the world-wide voluntary listening and counselling service to those in personal distress.

River Walbrook, a key freshwater source in Roman London, was covered over in the 15th century and still runs underground today.

St Stephen Walbrook is an Anglican Parish Church holding services, lunchtime concerts and many other events.