The Globe Theatre, which opened in 1599, was an Elizabethan playhouse and home to an acting company called The Chamberlain’s Men. William Shakespeare was one of its members and some of his best known works were written for the Globe Theatre. 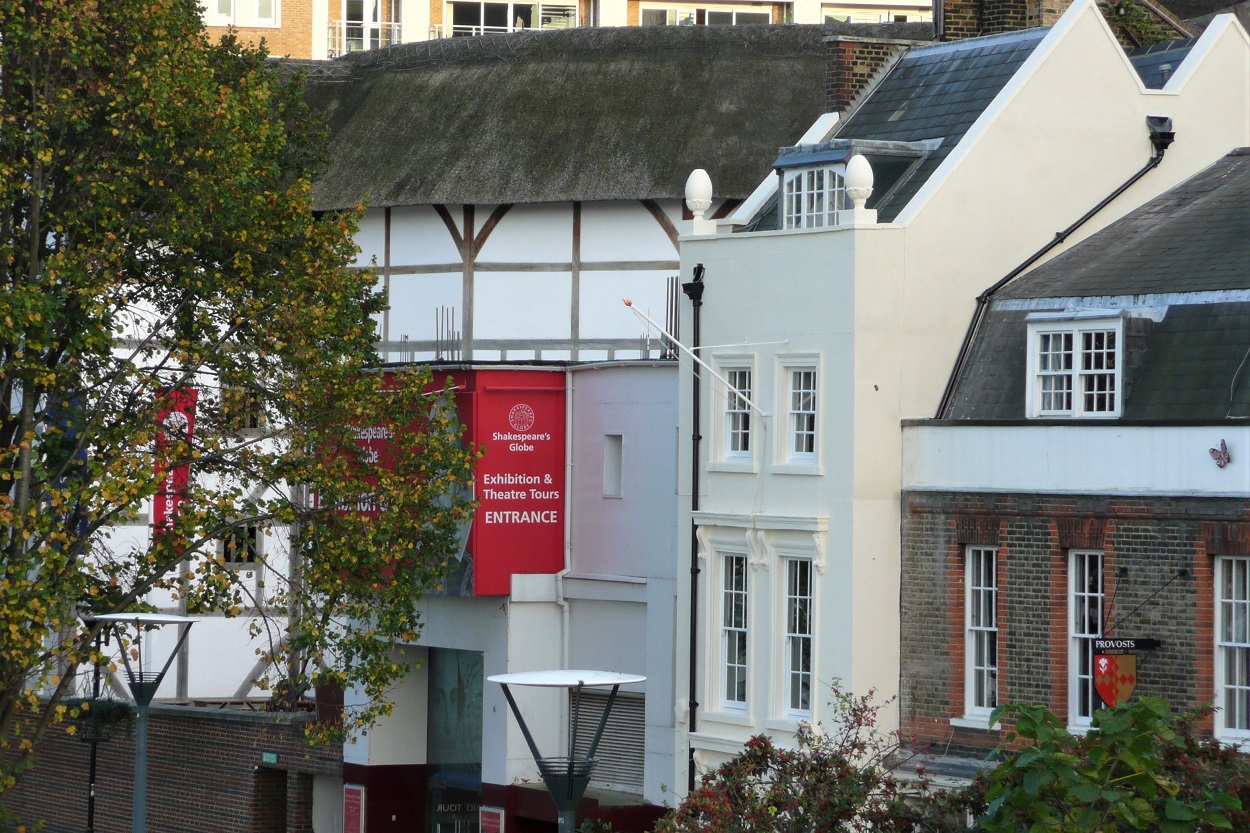 In 1613, during a production of ‘Henry VIII’, a theatrical cannon misfired and the wadding ignited the thatched roof. The theatre burned down in less than two hours.

Rebuilt the following year, this time with a tiled roof, the theatre was demolished in 1644 during the 1st English Civil War. The Puritans, who came to power during that time, disapproved of actors and theatrical performances.

Shakespeare's Globe on the Queen's Walk, southbank of the river Thames, London. 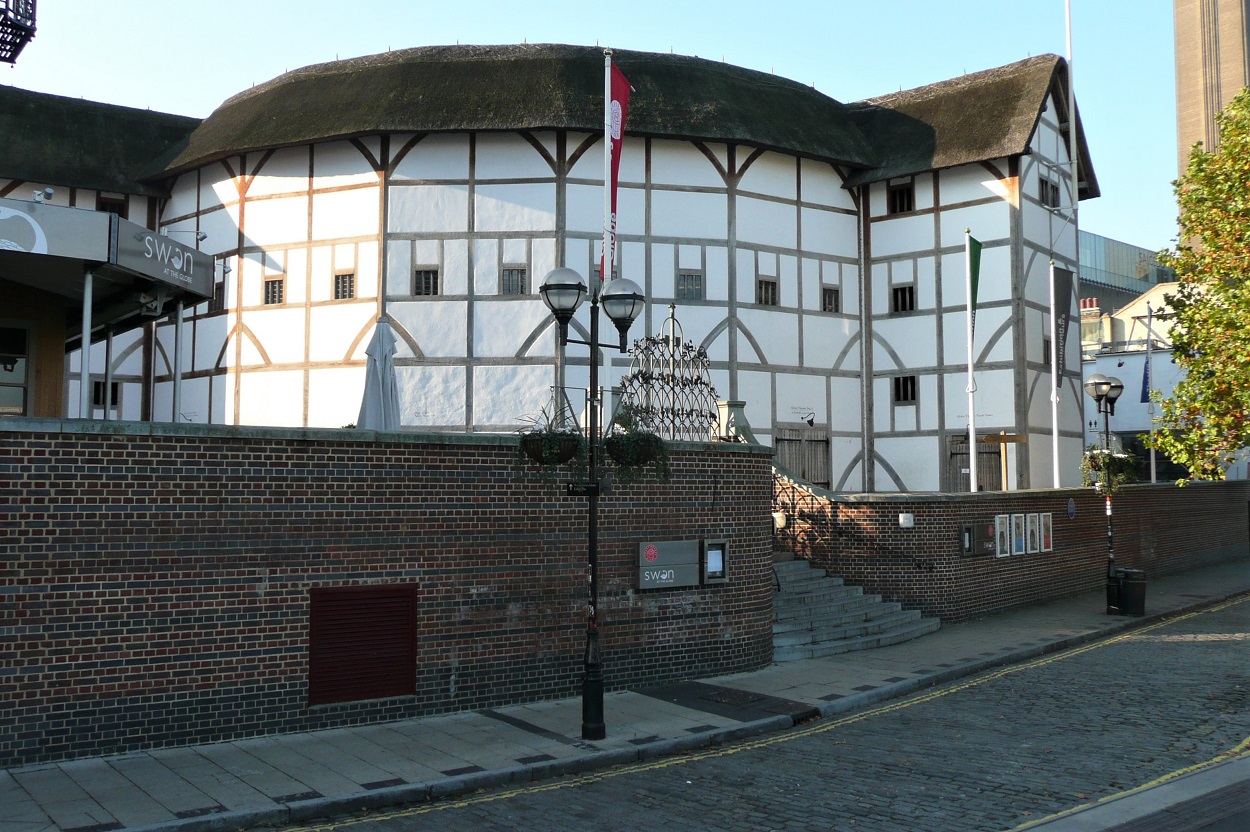 Today’s Shakespeare’s Globe Theatre, built due to the vision of the American actor/director Sam Wanamaker, is on a site very near to the original 1599 building. In 1989 a part of the foundations of the original Globe were discovered in Park Street, Southwark which, at that time was on the banks of the river, but now is now over 200m inland.

Opened in 1997, Shakespeare's Globe is, as far as possible, a replica of the original Globe Theatre built using 16th-century construction practices. The walls are made from oak laths and staves covered with lime plaster and the open roof is made from reed thatch.

Shakespeare was a founding shareholder in the original Globe, which was owned by the actors. 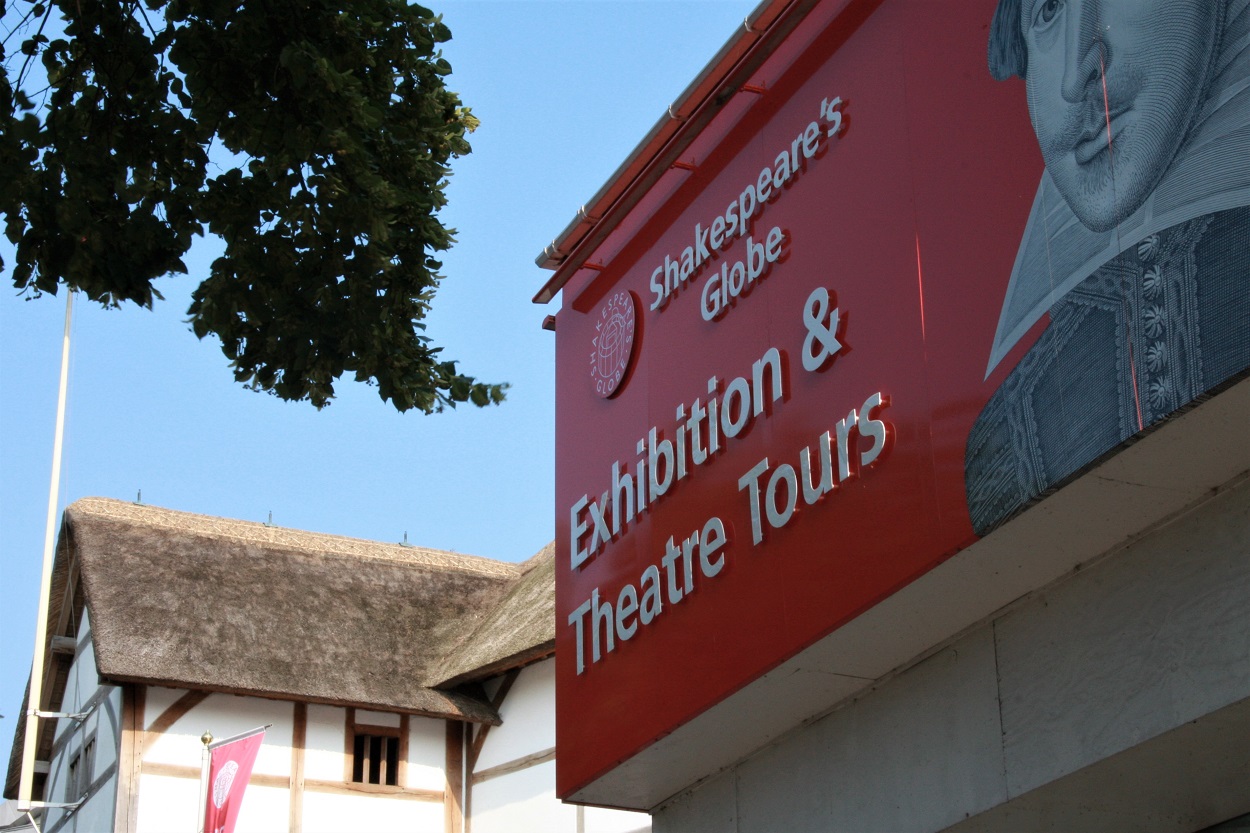 The reconstruction draws together the experience of Elizabethan and modern actors to create a stage fit for the work of England’s greatest dramatist.

One of the features of the design is the standing space (the pit) for 'groundlings', people to poor to pay to sit. In Shakespeare’s day such audiences were often rowdy, not slow to comment on the action on stage or make their own contributions.

Today’s audiences, although are more polite, can make their own contributions and add to the fun of a comedy.

The Globe, one of the best known theatres in the world. 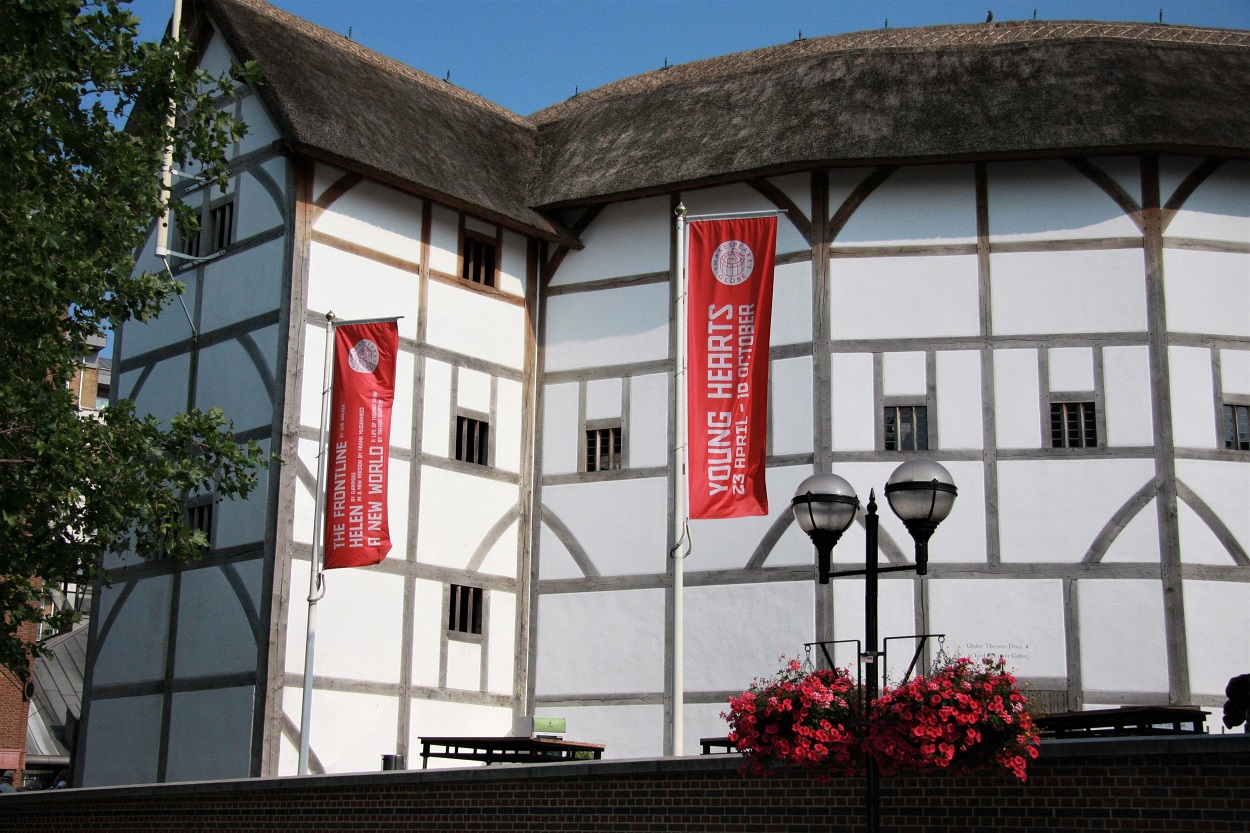 There are guided tours of the Globe and nearby Rose Theatre. The Rose Theatre was built in 1587 and visitors can see the partially excavated remains of this first Bankside Elizabethan theatre.

More than a theatre in addition to the two stages, Globe Theatre and Sam Wanamaker Playhouse, its an art venue, cultural attraction and education centre.

The Globe is on The Queen's Walk, Southbank, a public path which is open all year round. For guided tours, performances, bar and restaurant see below;