The National Theatre company was formed 1963 by Laurence Olivier and originally based at the Old Vic in London's Waterloo. The National gained Royal status in 1988 and is one of Britain’s leading publicly funded performance venues along with the Royal Shakespeare Company and the Royal Opera House.

Built in the mid 1970’s next to the South Bank Centre, The National Theatre's grade II listed building is one of the finest examples of brutalist architecture in Britain.

Statue of a young Sir Laurence Olivier as Hamlet, the National's first Director. 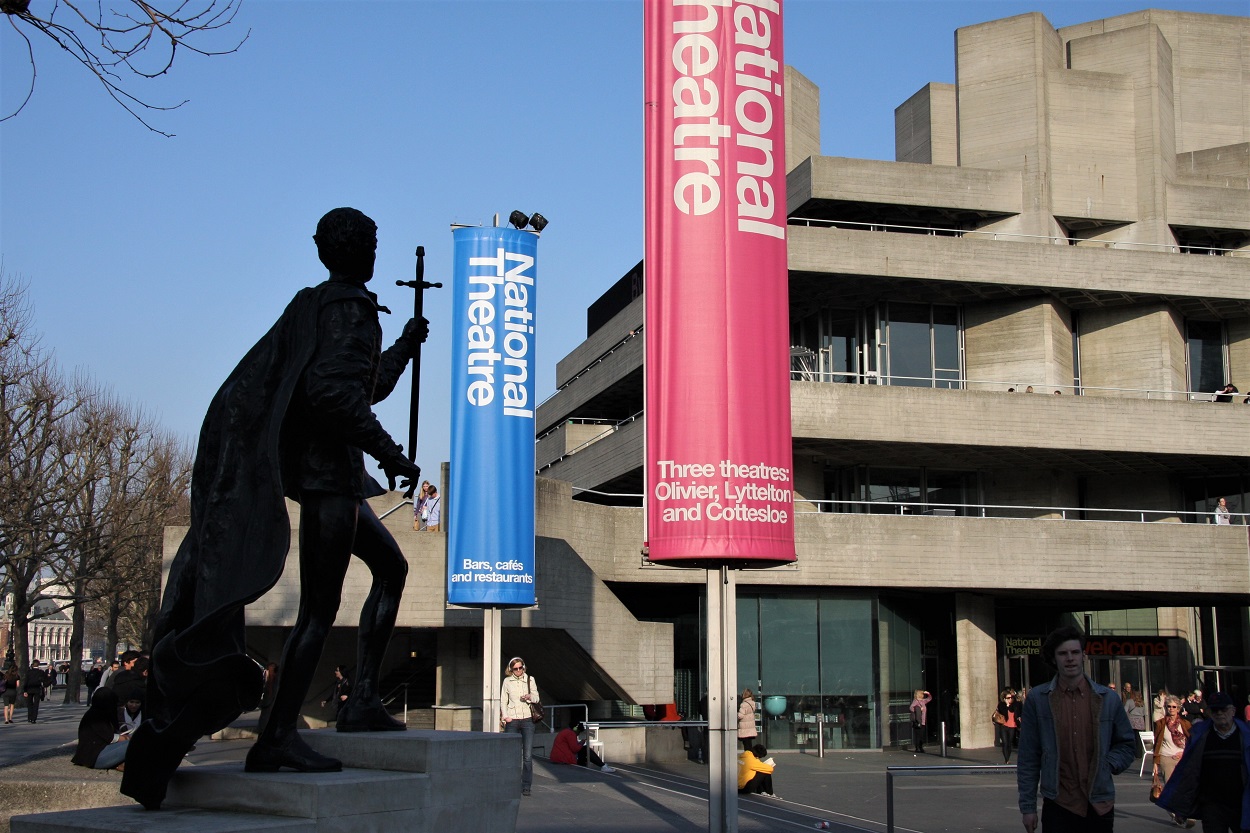 The largest of the three is the Olivier which was modelled on the ancient Greek Theatre at Epidaurus. It holds over a thousand seats, each with an unobstructed view of its large open stage. 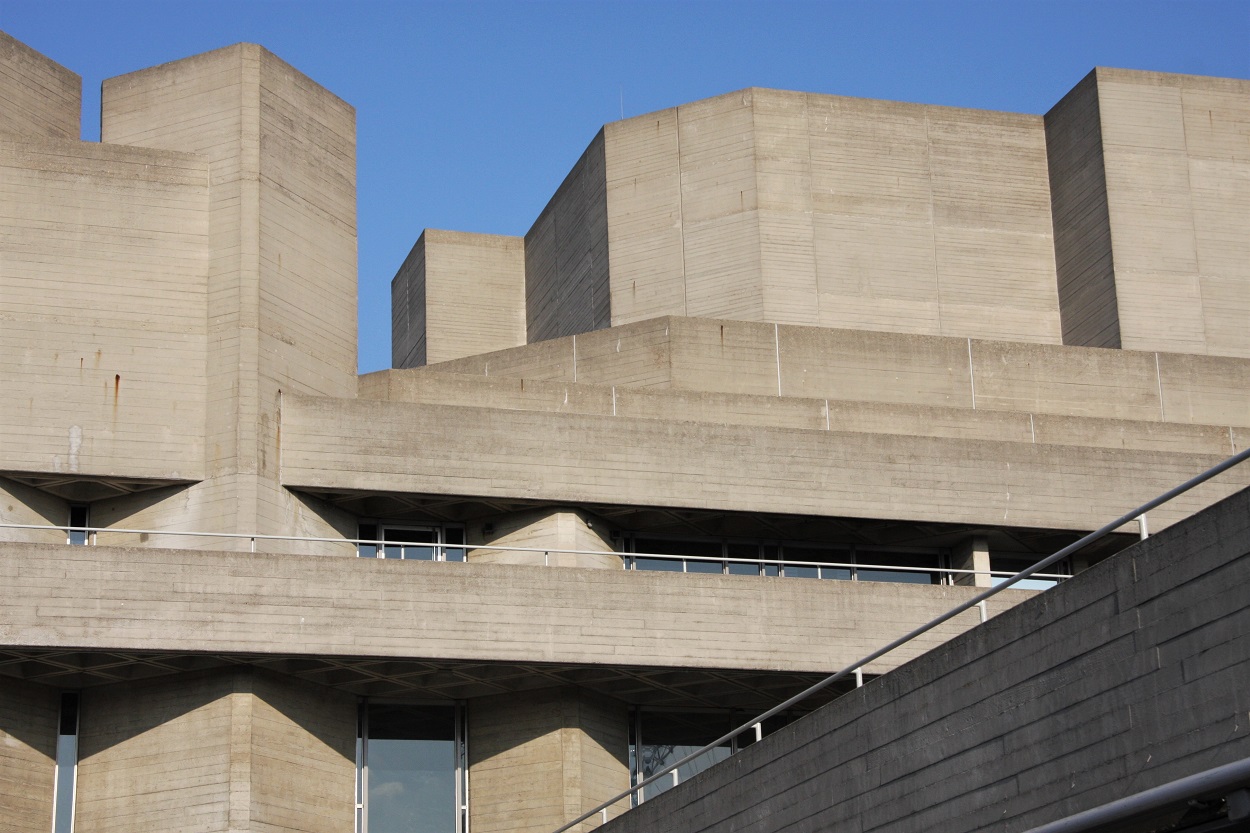 Incorporated into the Olivier's stage is a drum revolve which, can extend to five storeys, making the theatre an ideal place for large scale productions and musicals.

The Lyttelton Theatre is a conventional proscenium arch design and the Dorfman (renamed in 2013 from the Cottesloe) is a small, adaptable studio space.

Royal National Theatre, known as The National, has free exhibitions, cafes and barsin the foyers. 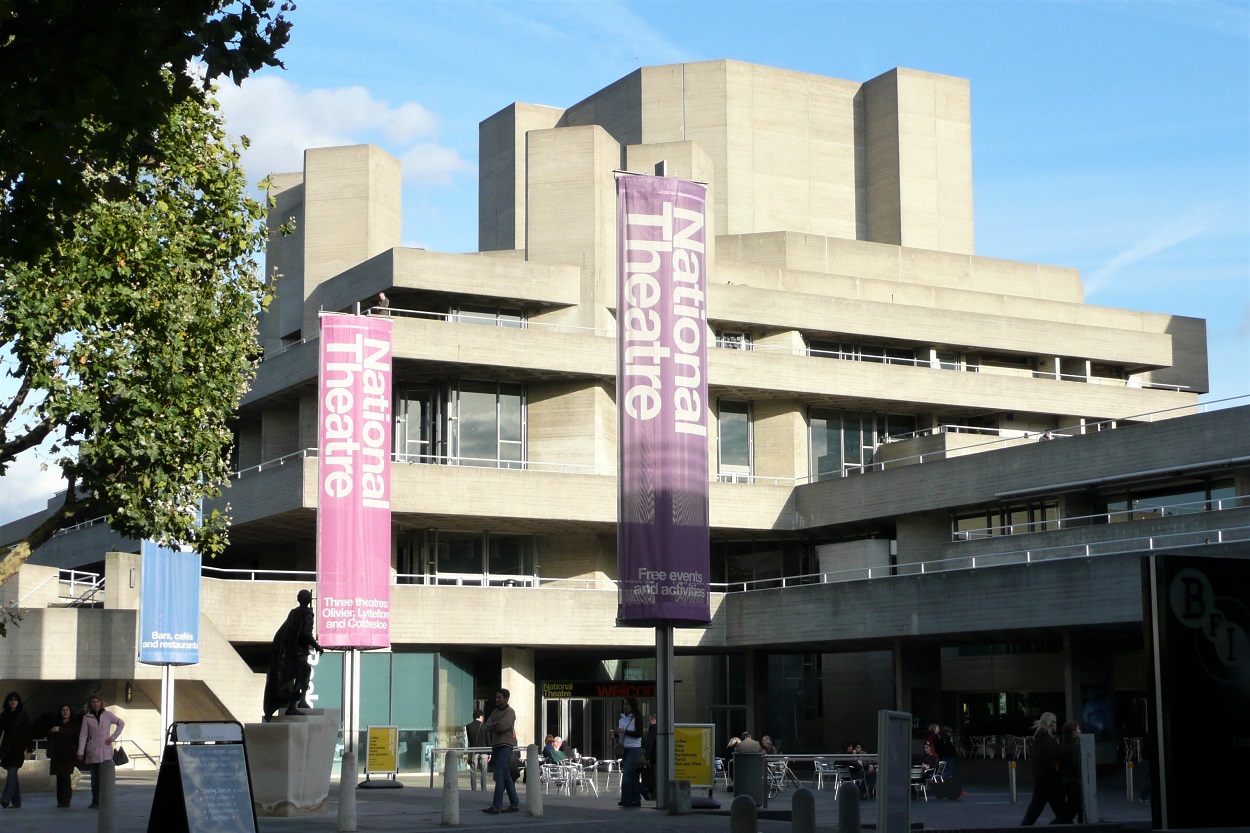 Outside the National Theatre there is a statue of Sir Laurence Olivier as Hamlet. He was the first Director of the long awaited National Theatre of Great Britain and has been succeeded by other famous Directors such as Sir Trevor Nunn, who introduced musical theatre to the repertoire.

At night, when the horizontal and vertical elements of the building are illuminated, the shapes against the night sky are seen as a beautiful addition to the London skyline. 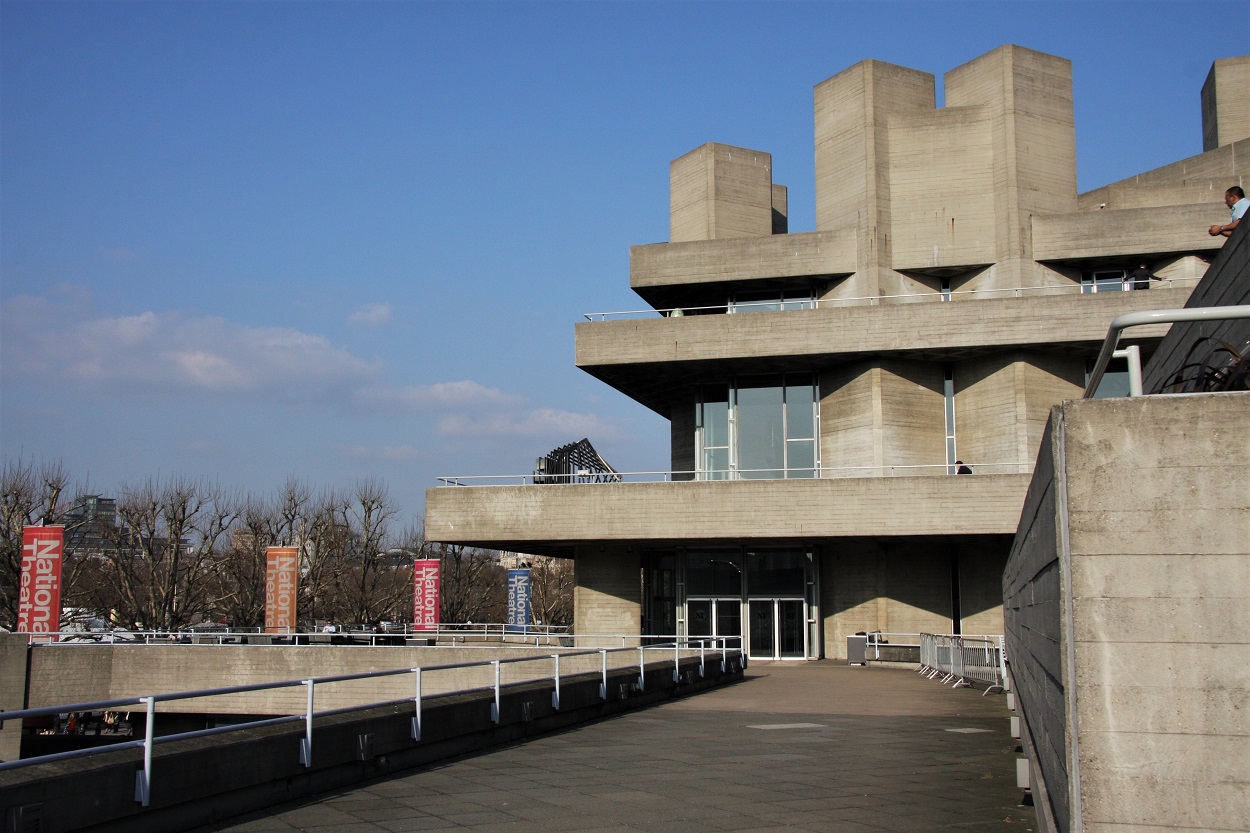 A popular meeting place there are also exhibition galleries, places to eat and drink, a bookshop and plenty of open space to sit and listen to free music and performance both inside and, especially in the summer, outside on the forecourt.

The Royal National Theatre, cafe's and bars are open all year round.