The Royal Exchange was officially opened 1571 by Queen Elizabeth I. This commercial market place was founded by English merchant and financier Sir Thomas Gresham who, at that time, represented the English crown at the world's first purpose-built commodity exchange in Antwerp.

The Royal Exchange, founded in 1565, it was based on the Belgium bourse in Antwerp. 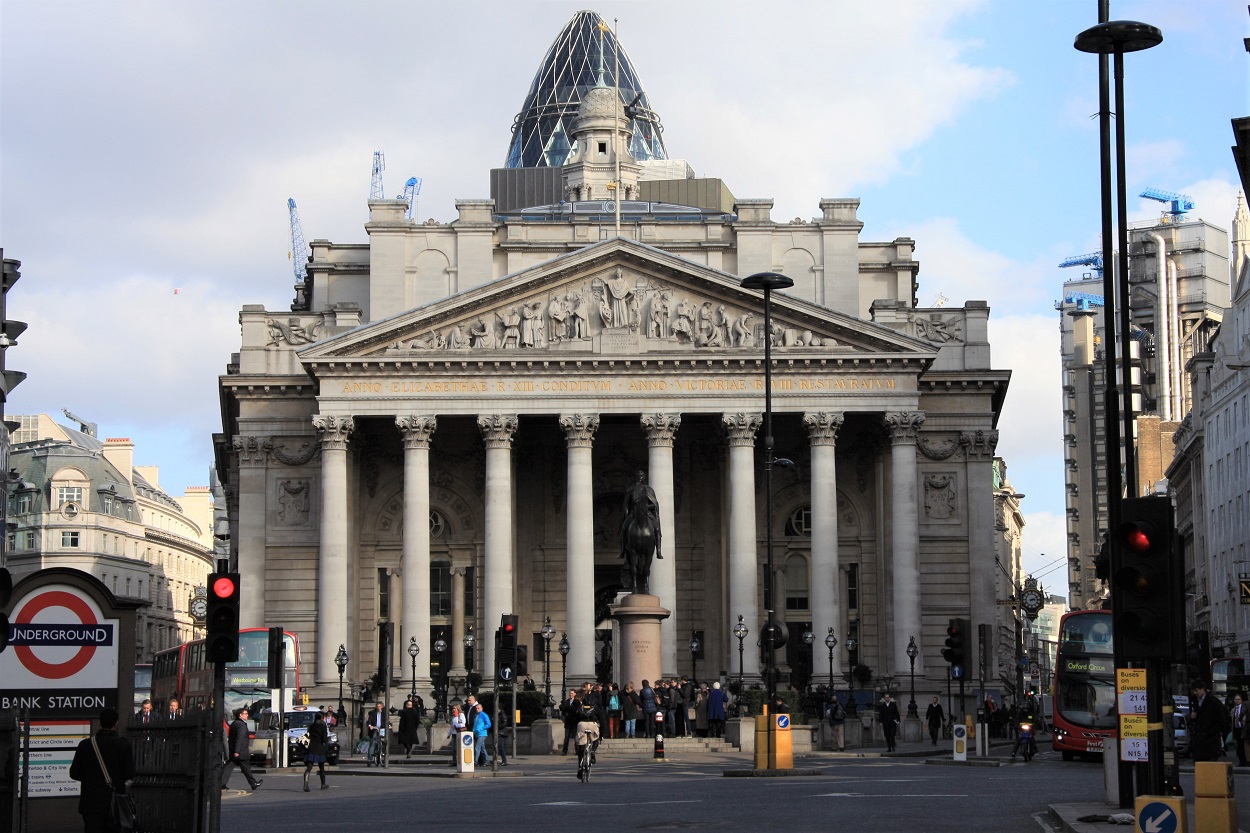 Based on the Antwerp Stock Exchange (Bourse) in Belgium, Gresham’s bourse consisted of a trading floor, offices and shops around an open courtyard where merchants and traders could meet and conduct their business.

The original Royal Exchange building was completely destroyed by the Great Fire of London in 1666. As part of his re-building of London, Charles II laid the first foundation stone for the second exchange to be built on the site.

Refurbished in 2001, the Royal Exchange is now home to many of the world's finest brands. 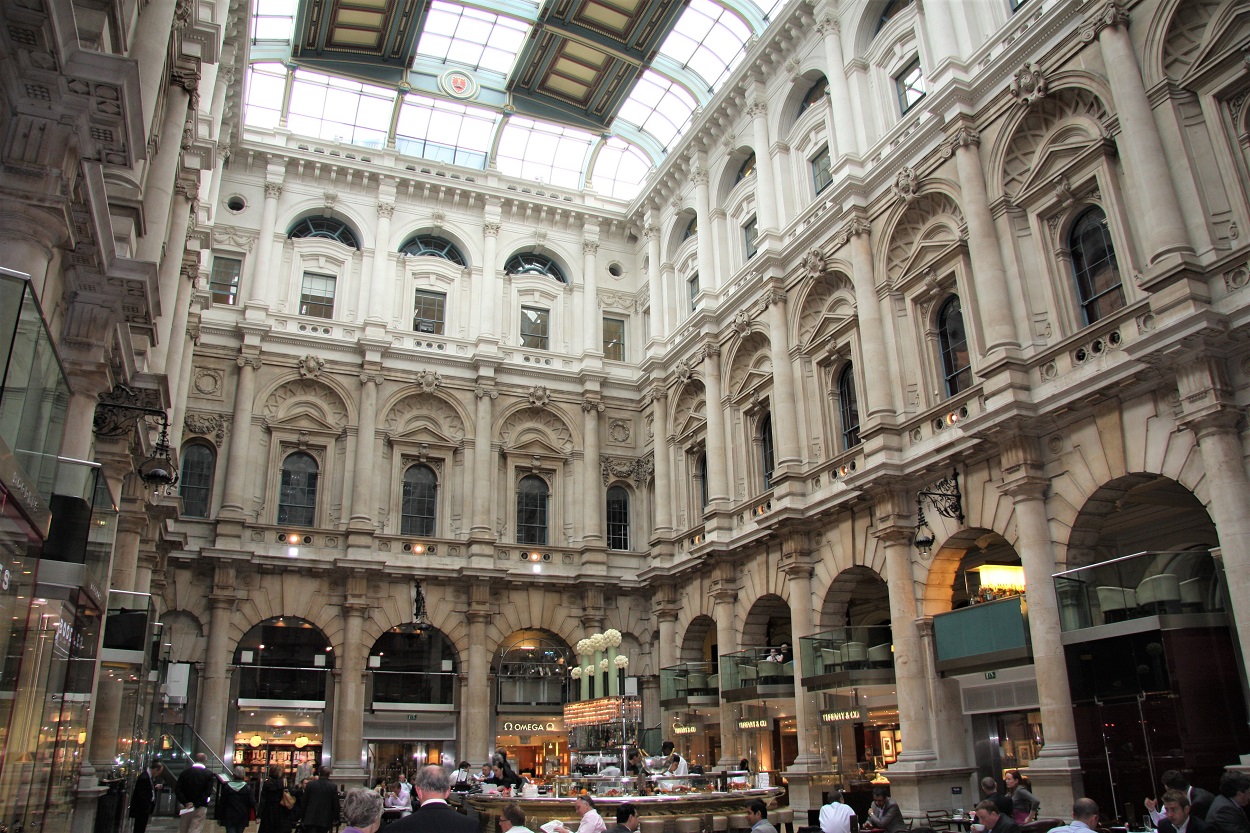 Opened three years later by Lord Mayor, the second exchange thrived with merchants and brokers including those of the insurance market, Lloyds of London. With stockbrokers banned for their offensive behaviour, other brokers required a government license to trade and their numbers were controlled. The Royal Exchange had provided the foundations for a regulated stock market. In 1838 the building was destroyed, again by fire.

The eight-column portico, based on the the Pantheon in Rome. 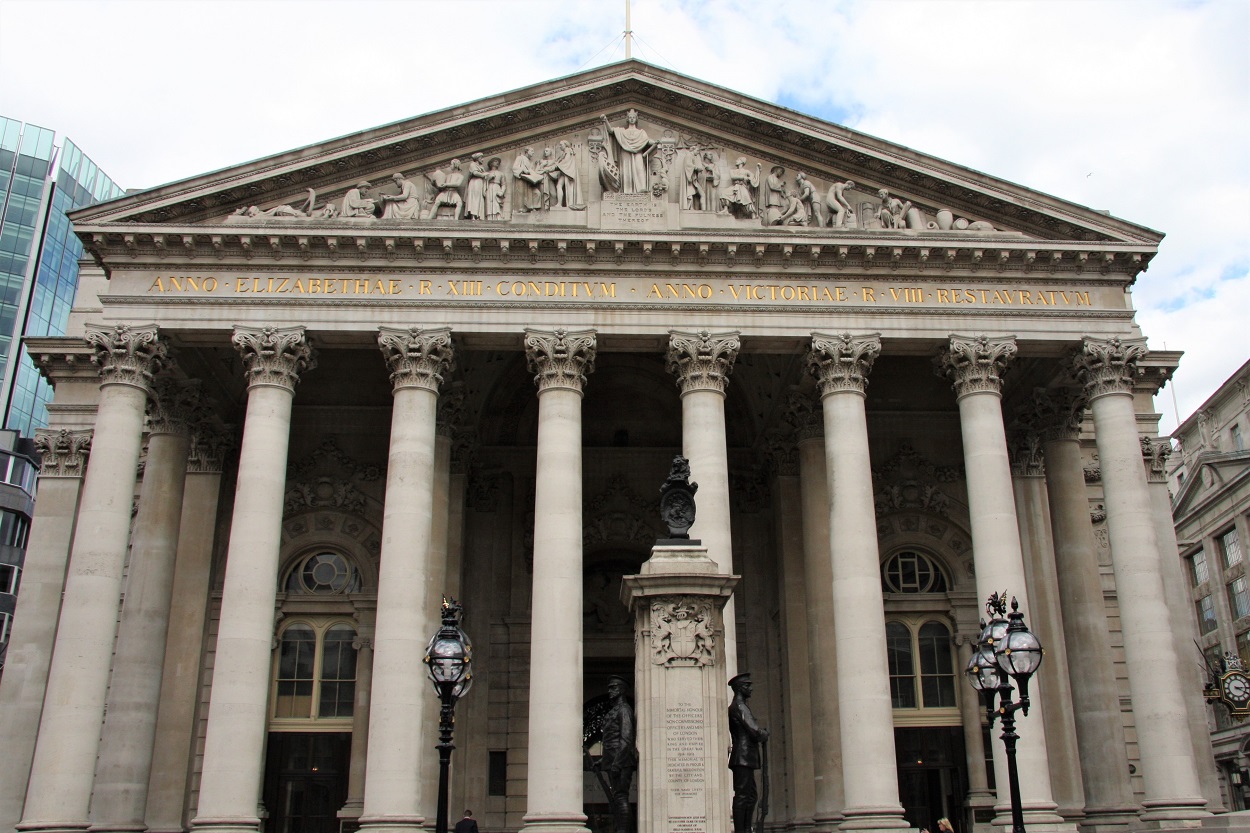 The present Royal Exchange building, opened by Queen Victoria in 1844, was designed by the English architect Sir William Tite. Keeping to the original 16th century layout of a four-sided building surrounding a central courtyard the design included an imposing eight-column portico, inspired by the Pantheon in Rome, with the other sides of the building based on Italian renaissance models.

Inside, there are 24 large panel paintings depicting the history of trade in Britain from early times including an illustration showing the Phoenicians trading with ancient Britons on the coast of Cornwall. 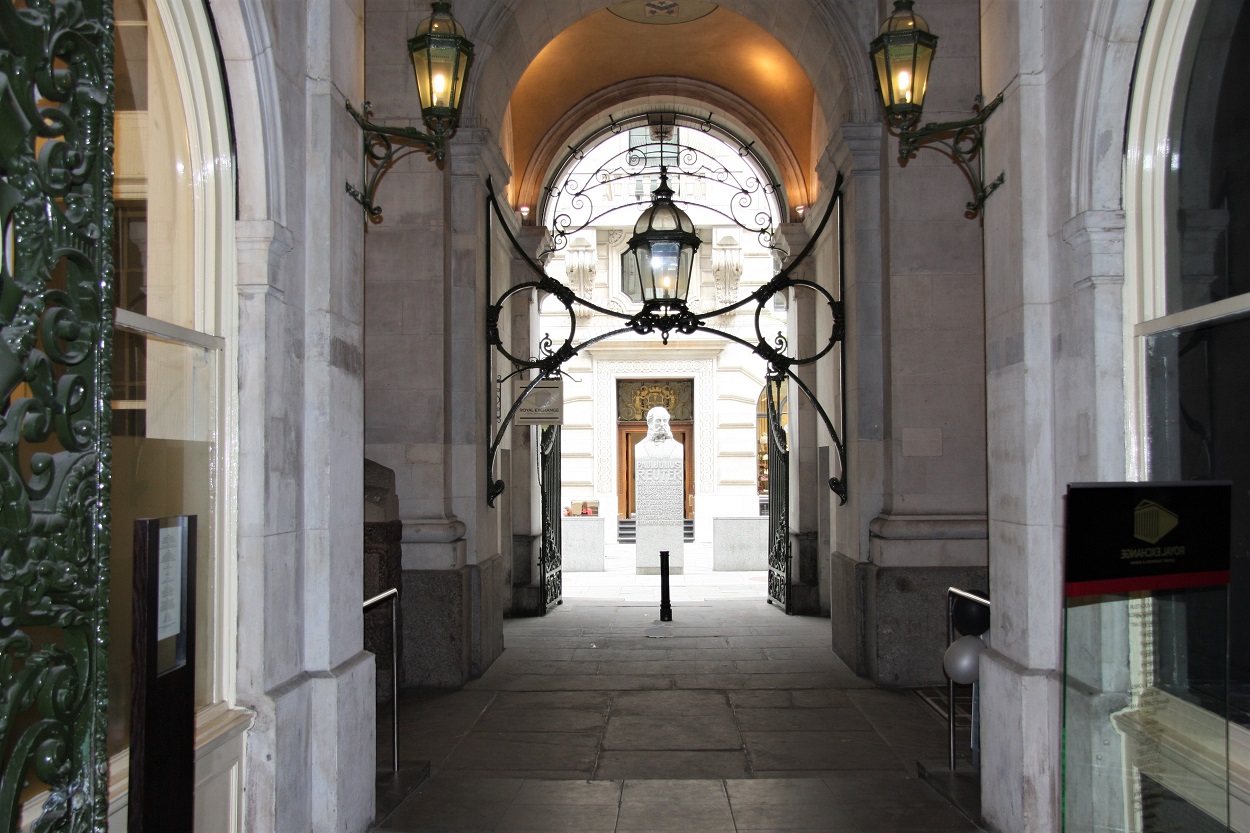 Royal Exchange ceased to act as a centre of commerce in 1939 when, with the outbreak of the 2nd World War, trading stopped.

Today, after sympathetic re-modelled in 2001, the Grade I listed building accommodates an exclusive retail centre with restaurants, cafes over 30 stores selling luxurious brands.

The Royal Exchange is now a luxury shopping centre with restaraunts and bars is open to the public.