Mansion House is a town Palace and has been the official residence of the Lord Mayor of London since 1752. Built during the reign of George II, its grandeur was designed to reflect the City of London’s position as one of the world’s leading financial and trading centres.

Mansion House, the official residence of The Mayor of the City of London.

The grand entrance to Mansion House features a portico with six Corinthian columns with flights of steps each side. Designed in the architectural style of Venetian Andrea Palladio, the classical features of Greek and Roman temples were popular in the 17th and 18th centuries. Many other examples of Palladian architecture can be seen in Europe and America. 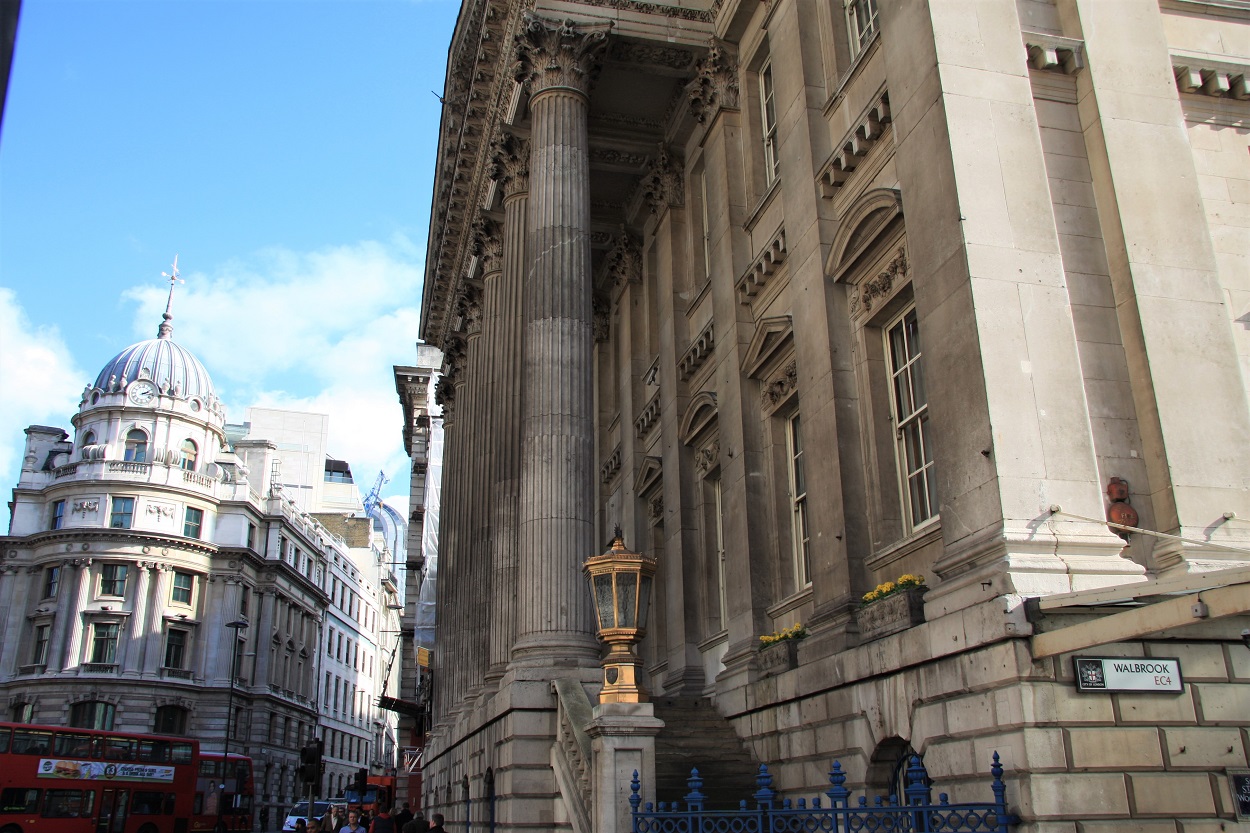 Mansion House, along with Guildhall, are used for official functions providing a high profile venue for Government, charitable and business events in the City of London. Entertainment space includes the grand Egyptian Hall, so named because the arrangement of its columns, and a ballroom.

Functions held here include banquets for visiting Heads of Government and the annual Chancellor of the Exchequer’s ‘Mansion House Speech’, a keynote speech on the state of the economy. Further rooms are used for the Mayor’s private apartments and offices.

Side entrance to Mansion House, meeting place for the weekly tours. 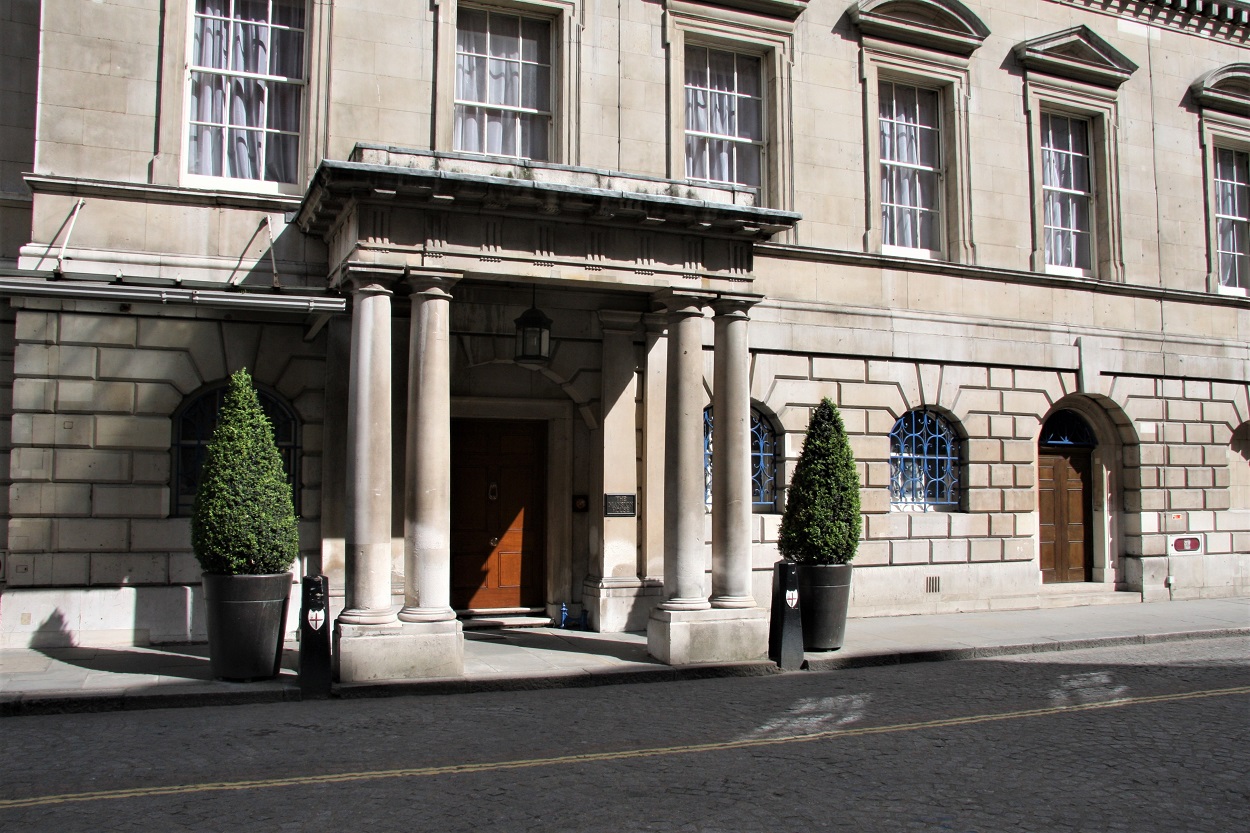 Mansion House is home to one of the finest collections of seventeenth century Dutch and Flemish paintings in Britain. These can be viewed by the general public along with a collection of sculptures themed from the works of English poets and one of the largest and finest gold and silver plate collections in the world.

A new Lord Mayor, now known as 'The Lord Mayor of the City of London', is elected every year by Liverymen, people who belong to the old medieval trading companies of the City. These Livery Companies were originally developed as Guilds, associations responsible for the regulation of their trades by controlling wages, labour conditions and aspect of law.

This continues today, with the Lord Mayor being responsible for the City's governmental, civic and, as the chief magistrate of the City, judicial functions with its own court of law. Although not used anymore for prisoners, the palace had holding cells including one for women, nicknamed ‘the birdcage’, where suffragette women's rights campaigner Emmeline Pankhurst was once kept.