The London Eye, which opened in March 2000, was a truly European project with; the steel structure from the Netherlands, cables and glass from Italy, bearings from Germany, spindles and hubs from the Czech Republic, Pods from France and electronics from Britain.

Originally built as a temporary structure, like the Eiffel Tower in Paris, it become so popular it was made a permanent landmark on the London skyline. 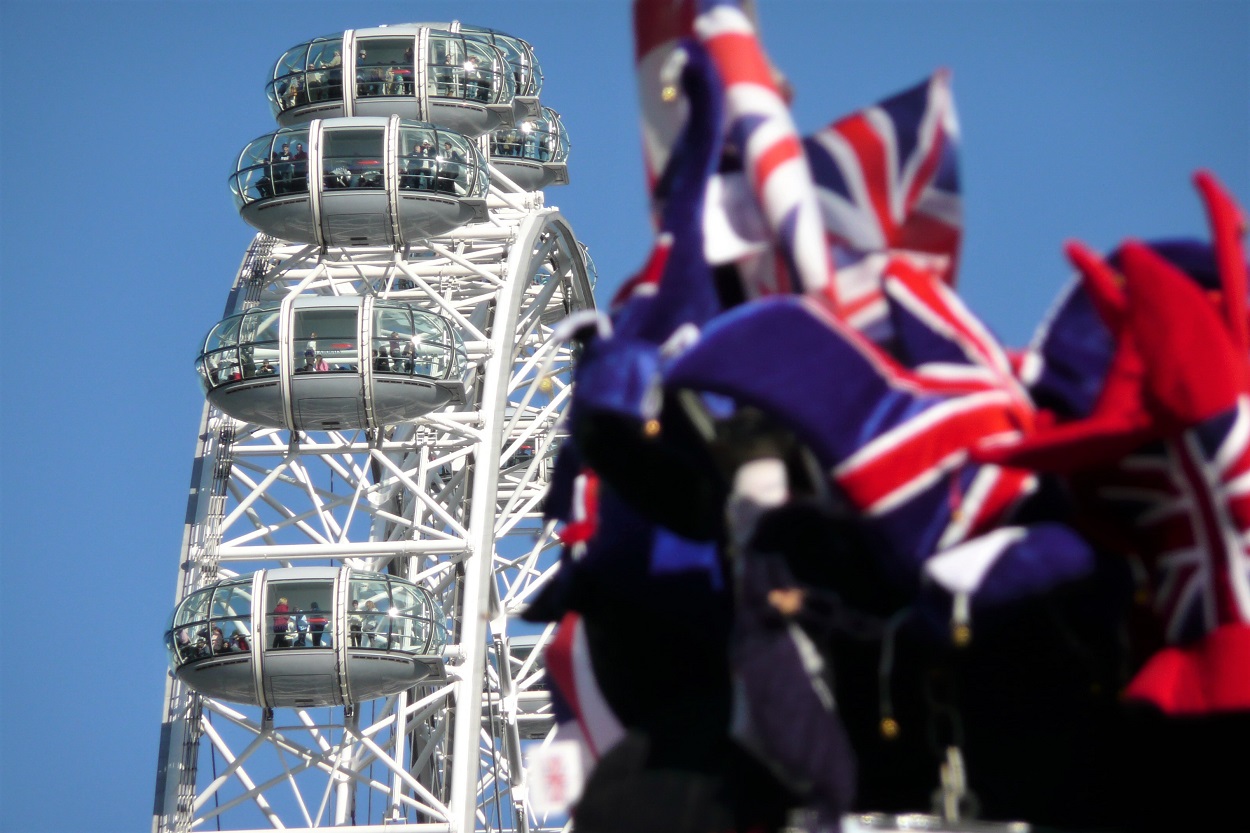 Designed by architects David Marks and Julia Barfield as part of London’s millennium celebrations it was originally called the Millennium Wheel; time to say farewell to the 20th century and turn into the 21st century.

At 135m the London Eye is the highest ‘Ferris wheel’ in Europe taking 800 passengers at a time in its 32 air-conditioned pods.

Boarding one of the 32 capsules. 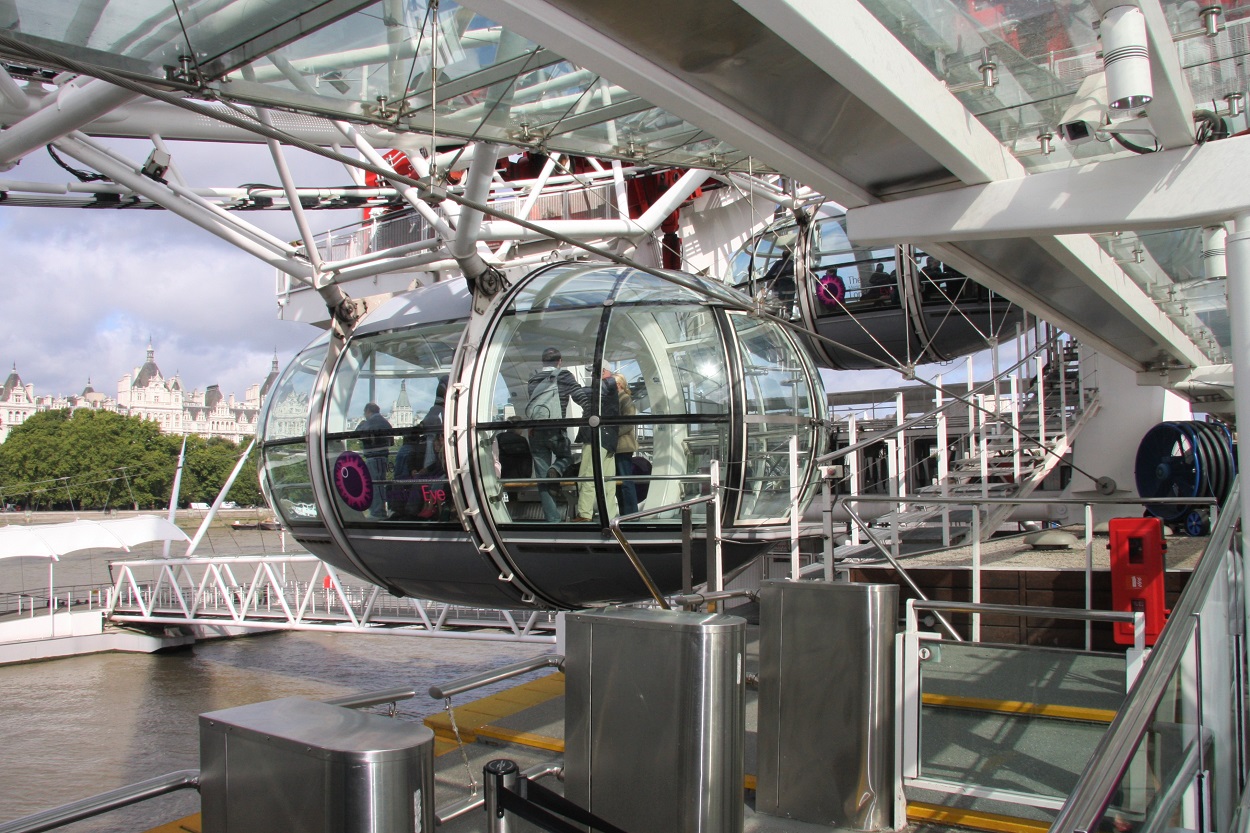 The 30 minute ride, one revolution, always gives spectacular 360º views of London, plus on clear days the surrounding hills and, on exceptionally clear days, Windsor Castle.

Walking around London the Eye is visible at unexpected places with sudden glimpses of it being seen between buildings and from parks.

The Eye offers some of the best views of London. 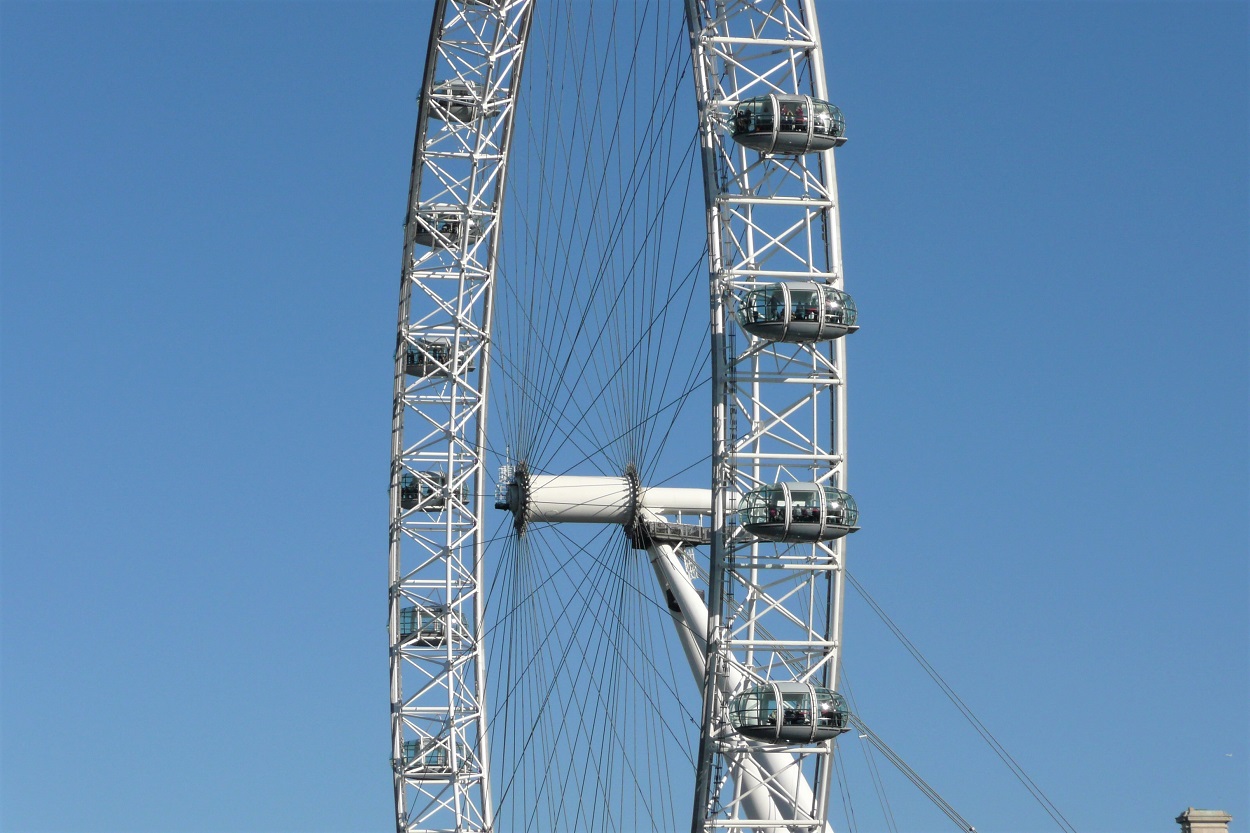 Every New Year’s Eve there is a spectacular free firework display, televised all over the world, with the London Eye regularly being used as a launch pad for huge rockets and mortars.

With nearly 4 million people 'flying' on the London Eye each year it has become one of London’s top tourist attractions. The wheel has one 'Royal' capsule, coloured red, it was installed in 2013 to celebrate the coronation of Queen Elizabeth II 60 years earlier.

The London Eye has a spectacular digital light system. 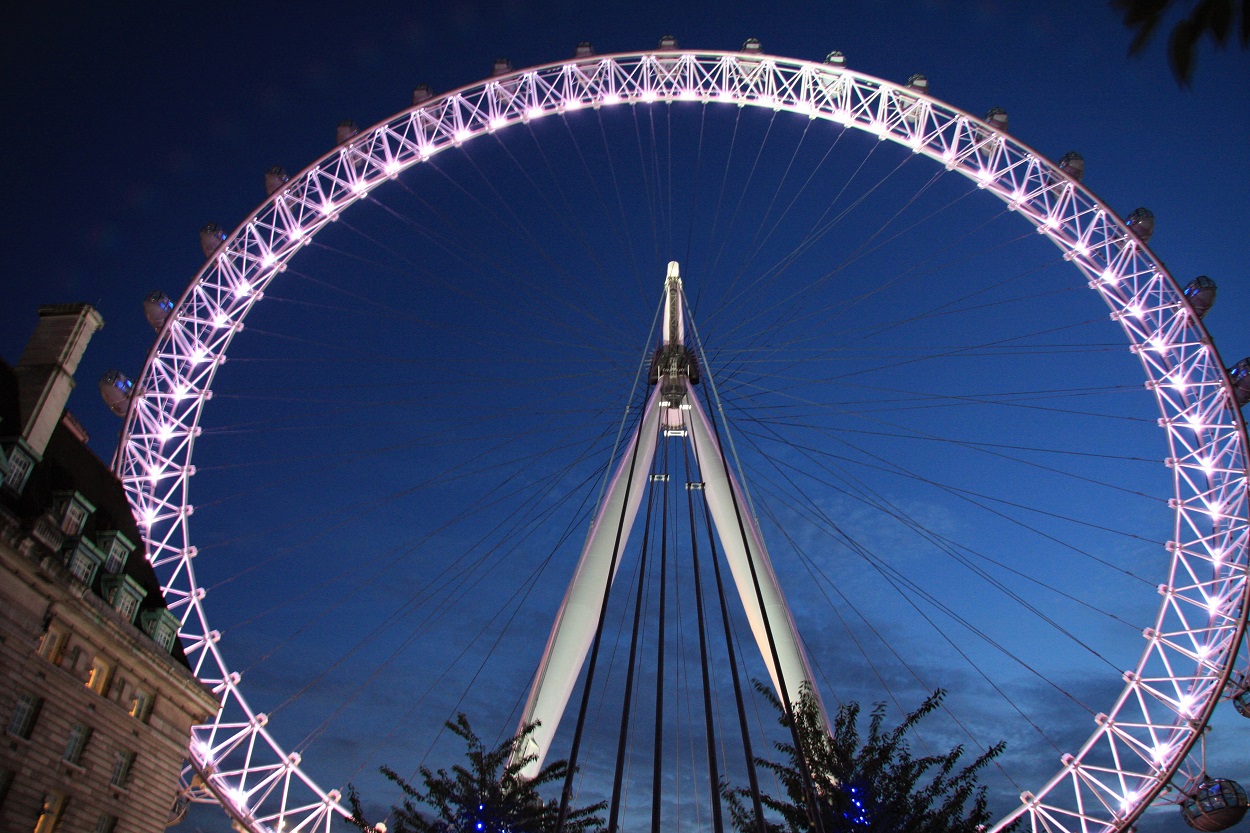 The London Eye, now owned by Merlin Entertainment, has been improved in recent years with a highly organised queuing system, a 4D pre-flight film and upgraded capsules which include interactive touch screen guides.

Initially sponsored by British Airways then Coca Cola, it is now sponsored by lastminute.com and often lit up in 'hot pink' in the night sky.

The London Eye is on the Southbank Queen's Walk, a public highway viewable all year. For ticket prices and times for 'flights' on the Eye see below.