London Bridge was the first recorded crossing point over the tidal river Thames. Since the wooden pontoon bridge, built by the Romans nearly 2000 year ago, this site has been an important military position fought over by the Saxons, Vikings and Normans.

London Bridge, from the Southbank looking towards the City of London. 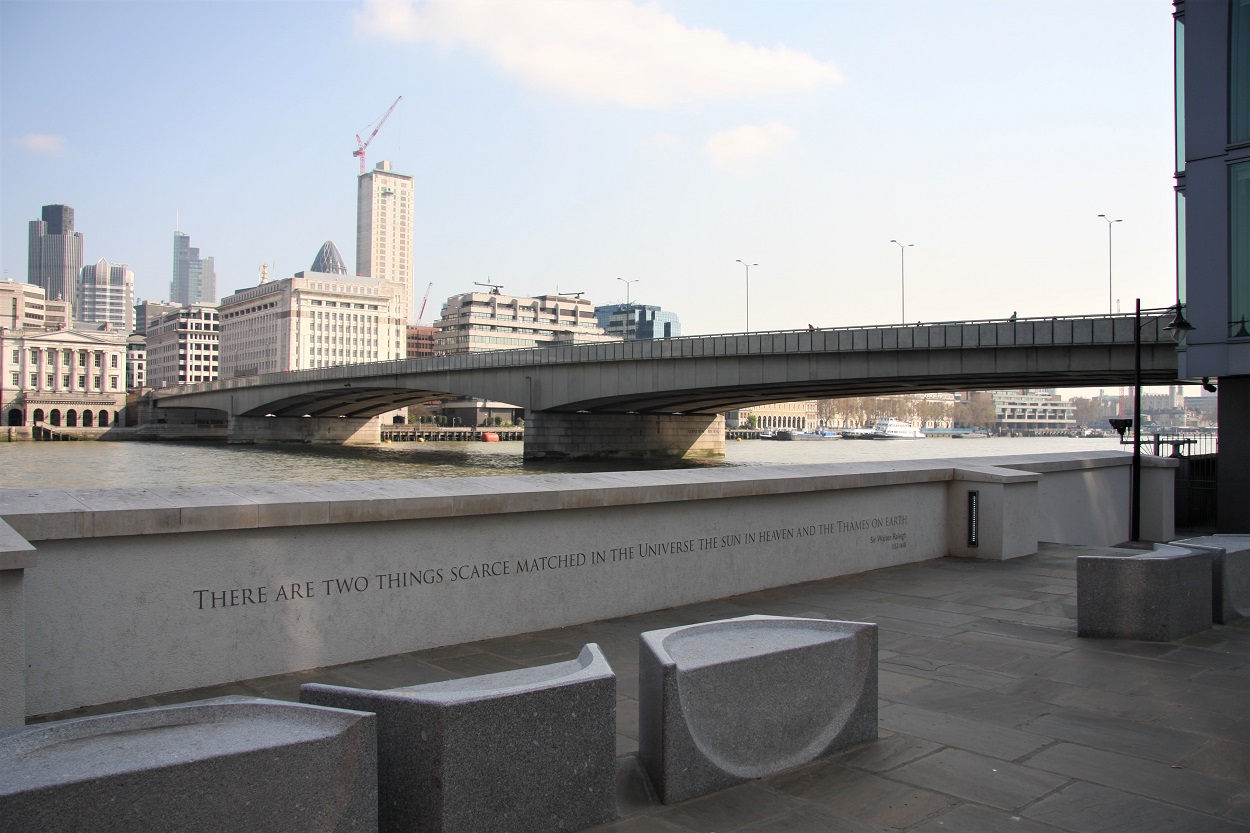 After the Romans left London the pontoon was removed and there was a period of time when there was no bridge crossing here at all. The river was used as a natural boundary between the Anglo-Saxon kingdoms of Wessex and Mercia until the 10th century when the first Saxon bridge was built.

In support of King Aethelred’s 1014 battle against the Danes who occupied London at that time, Prince Olaf of Norway sailed up the Thames, tied his boats the bridge and pulled it down. With the Danish forces divided, London was re-gained by the Saxon King. This historic episode is kept in memory by the children rhyme ‘London Bridge is Falling Down’.

London Bridge, the gateway to the City of London since Roman times. 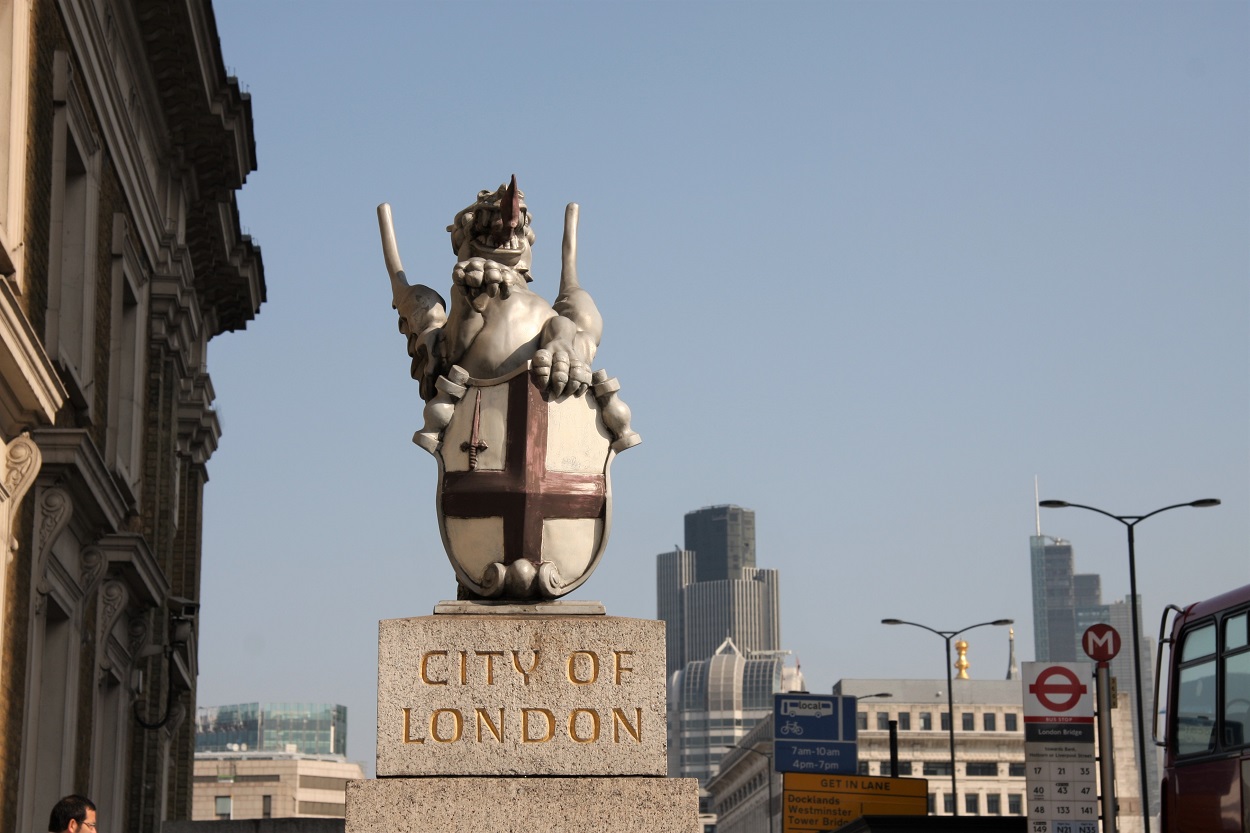 Two further wooden bridges were built and destroyed after this period; one during a storm in 1091 when London was hit by a tornado and the other by fire in 1136.

The most famous ‘old’ London Bridge was built during medieval times and lasted over 600 years. Commissioned by Henry II and designed by the Norman monk Peter de Colechurch, it was the first stone bridge and became the longest inhabited bridge in Europe.

London Bridge was opended by Queen Elizabeth II in 1973. 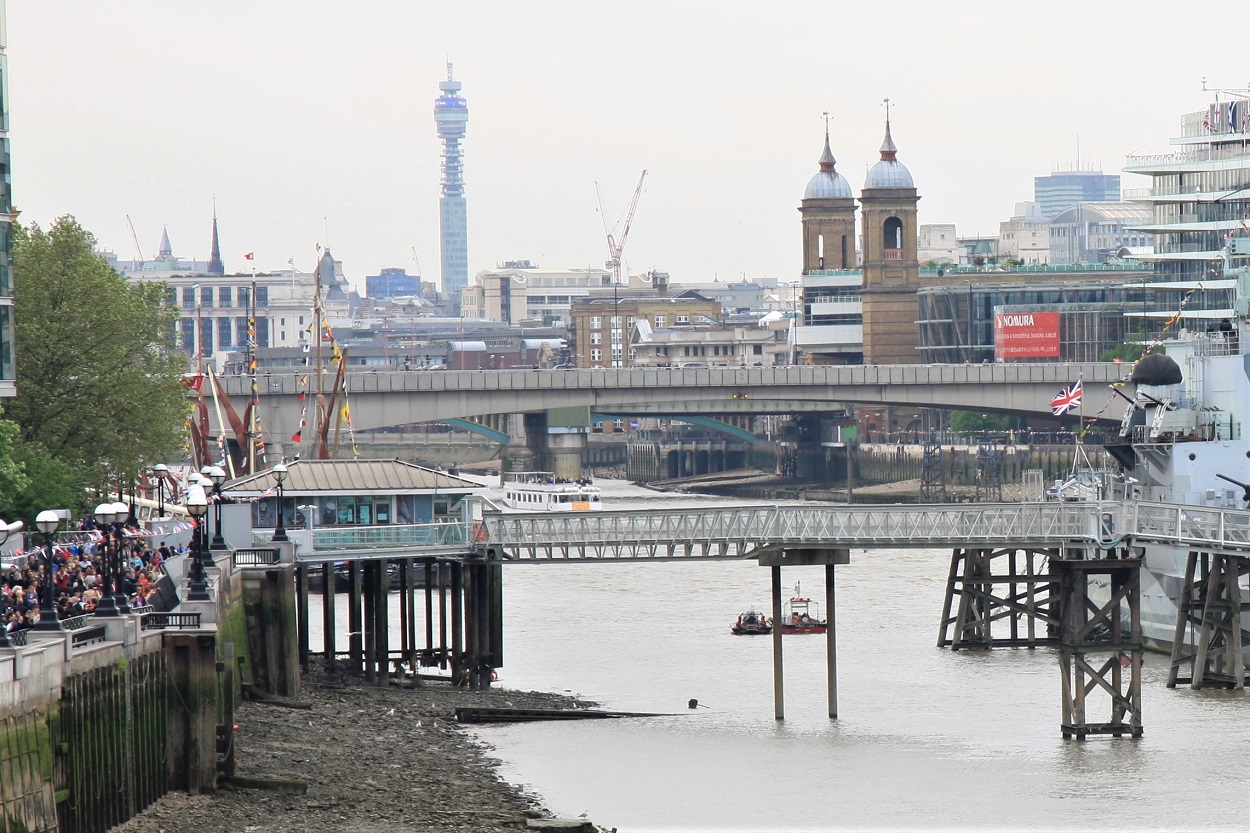 With 19 arches, a drawbridge, gatehouses at each end and a chapel the middle, London Bridge was lined both sides with shops, bars and houses. The narrow roadway caused a problem, traffic and crowds would build up with crossings taking over an hour, so keeping the many river taxi’s busy.

From the 1300’s there was a tradition of displaying the severed heads of traitors at the southern gatehouse. The heads were impaled on pikes and covered with tar with the first being that of William Wallace in 1305, who was fighting for Scottish independence. Others included Thomas More and Thomas Cromwell who both fell out of favour with King Henry VIII.

London Bridge is the main road into the City. 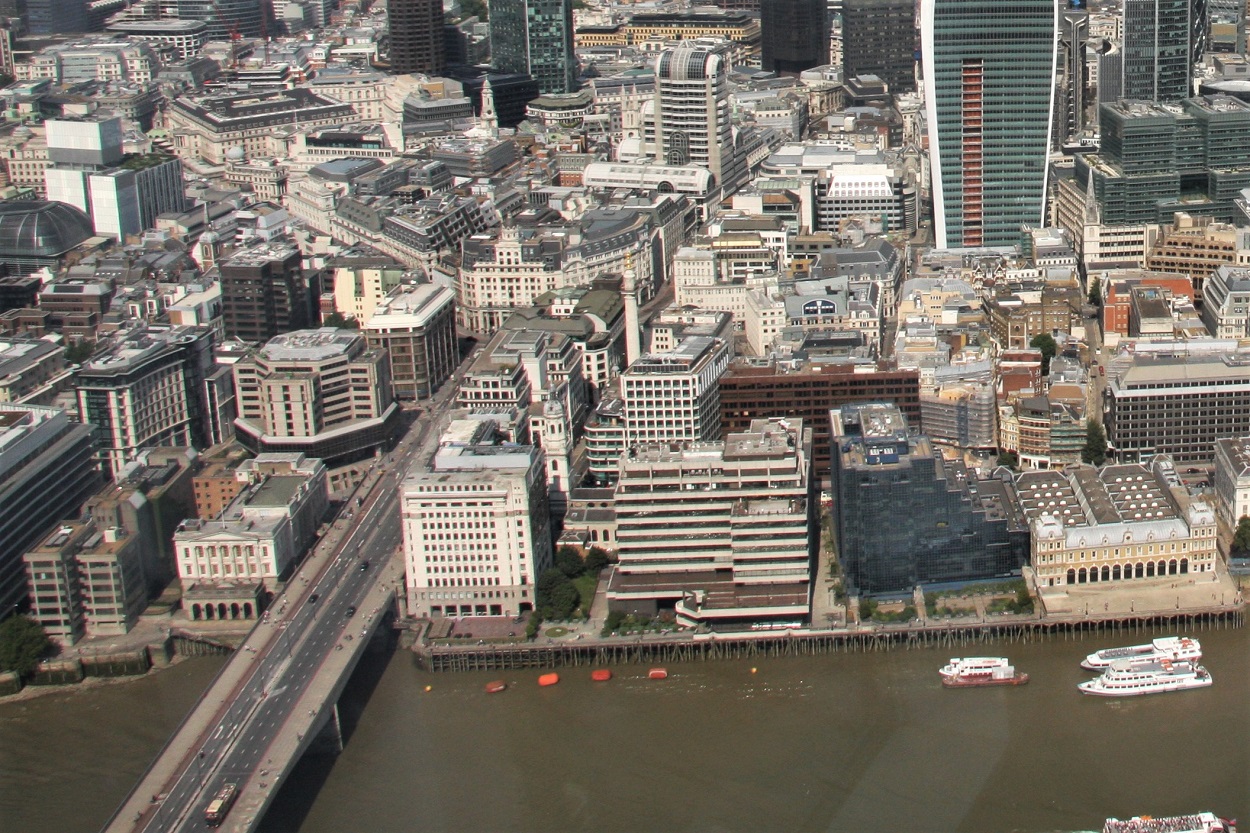 The medieval bridge was finally replaced in 1831 by a five arch stone bridge which lasted just 140 years. As the ‘largest antique in the world’ this 19th century London Bridge was sold to the American, Robert P McCulloch who rebuilt it in Lake Havasu City, USA. After the Grand Canyon, this London Bridge has become part of Arizona's second-biggest tourist attraction.

The present London Bridge was opened by Queen Elizabeth II in 1973 and forms the western end of the Pool of London. It is functional and holds no special points of interest, built to relieve traffic congestion. As the busiest commuter walkway to the City this latest London Bridge is often shown in TV documentaries and news clips.

London Bridge is a public highway and open at all times;