The site on which Leadenhall Market stands today has been used for trading since Roman Times, but it was not until the early 14th century that the Manor of Leadenhall (a Hall with a lead roof) was first recorded. 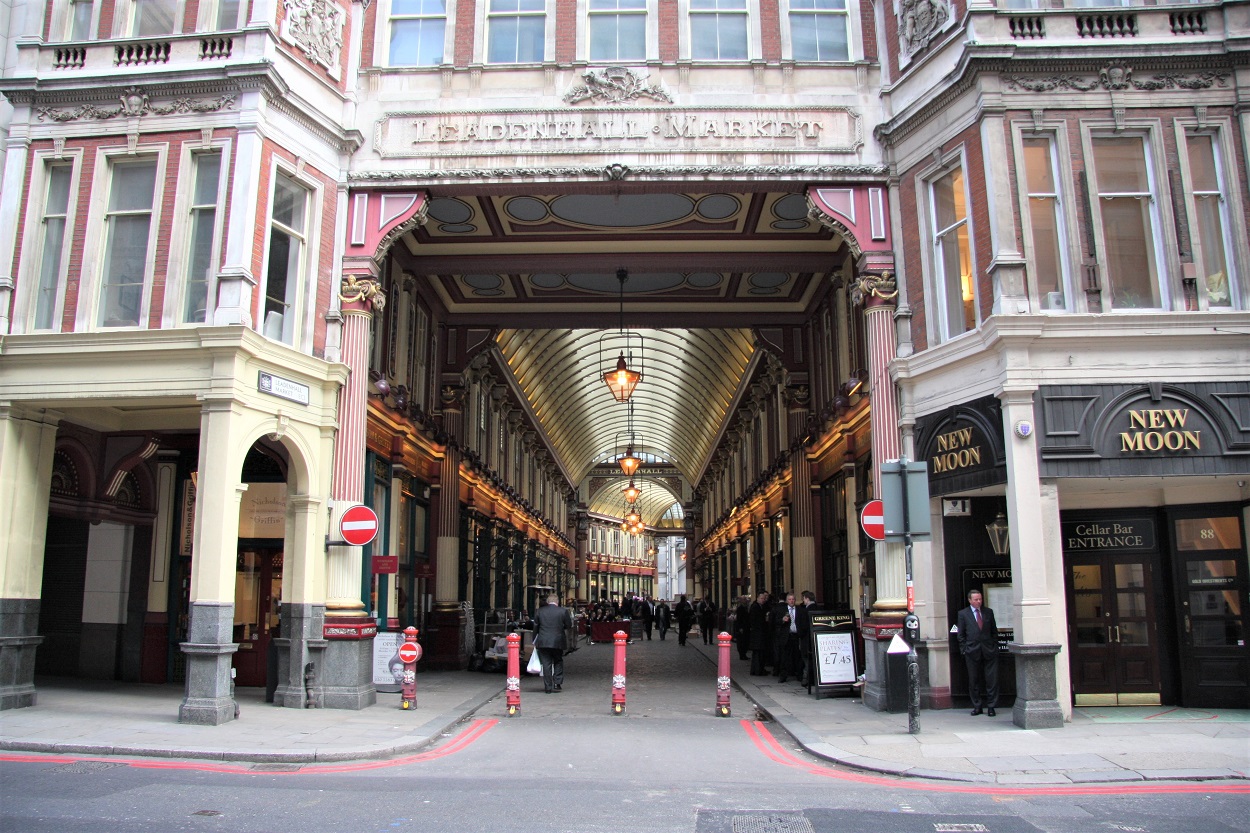 By 1321, the area around the manor hall had evolved into a poultry market and towards the end of the century the poulterers were joined by cheesemongers. In 1411 ‘Dick’ Whittington, a rich merchant, politician and four times Lord Mayor of London, gifted Leadenhall to the City Corporation.

As the site grew in importance Simon Eyre, another rich merchant and Lord Mayor in 1445, built a school, chapel, granary to service those coming to the market which by then, was one of the best places in London to buy poultry, game, meat, fish, eggs, butter, grain and herbs.

Leadenhall Market trading in cheese and poultry for over 700 years. 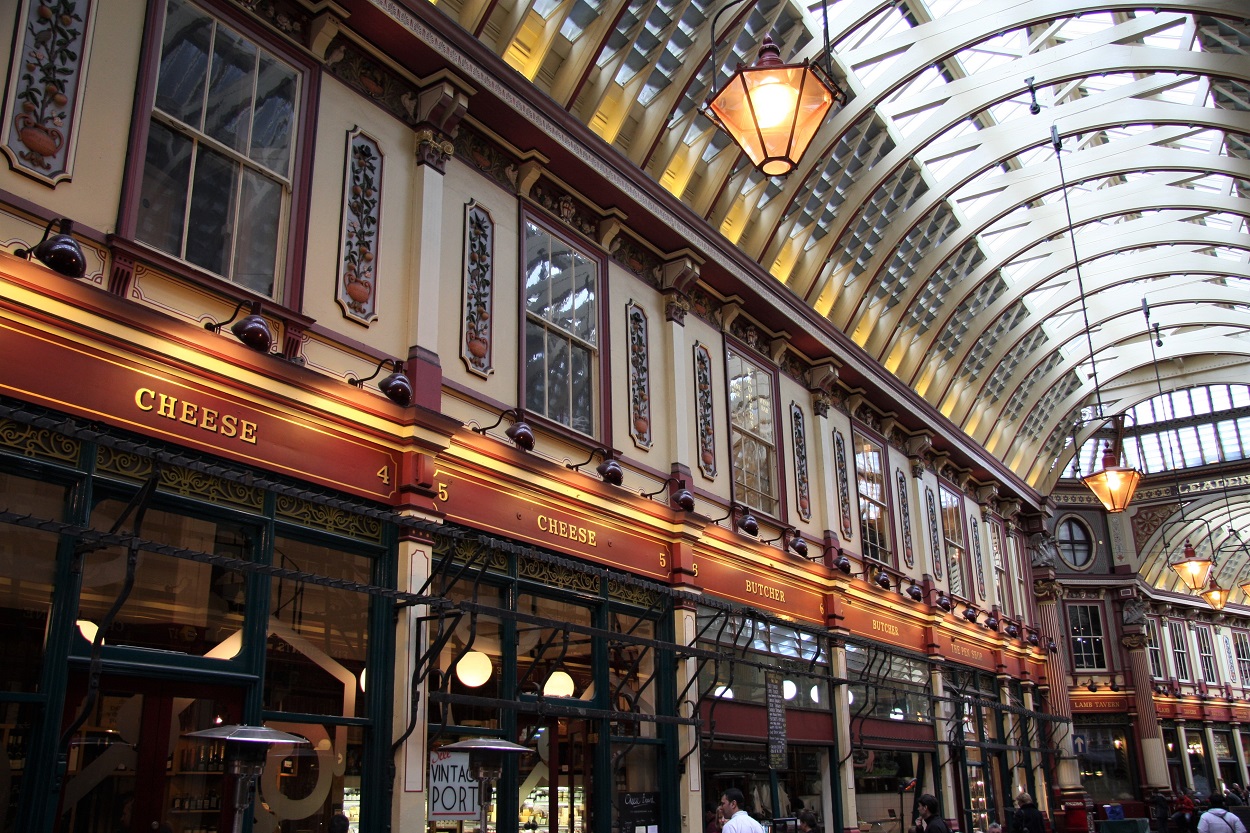 As a natural centre of commerce, Leadenhall Market continued to grow. In 1463, a beam was installed for the weighing of wool and markets for leather and cutlery were established.

The present magnificent wrought iron and glass structure was designed in 1881 by Sir Horace Jones, architect and surveyor for the City of London Corporation. Jones’ other work included Billingsgate and Smithfield markets, Tower Bridge and re-construction of the Great Hall in Guildhall.

Dick Whittington started his fortune by selling his cat in rat-infested London. 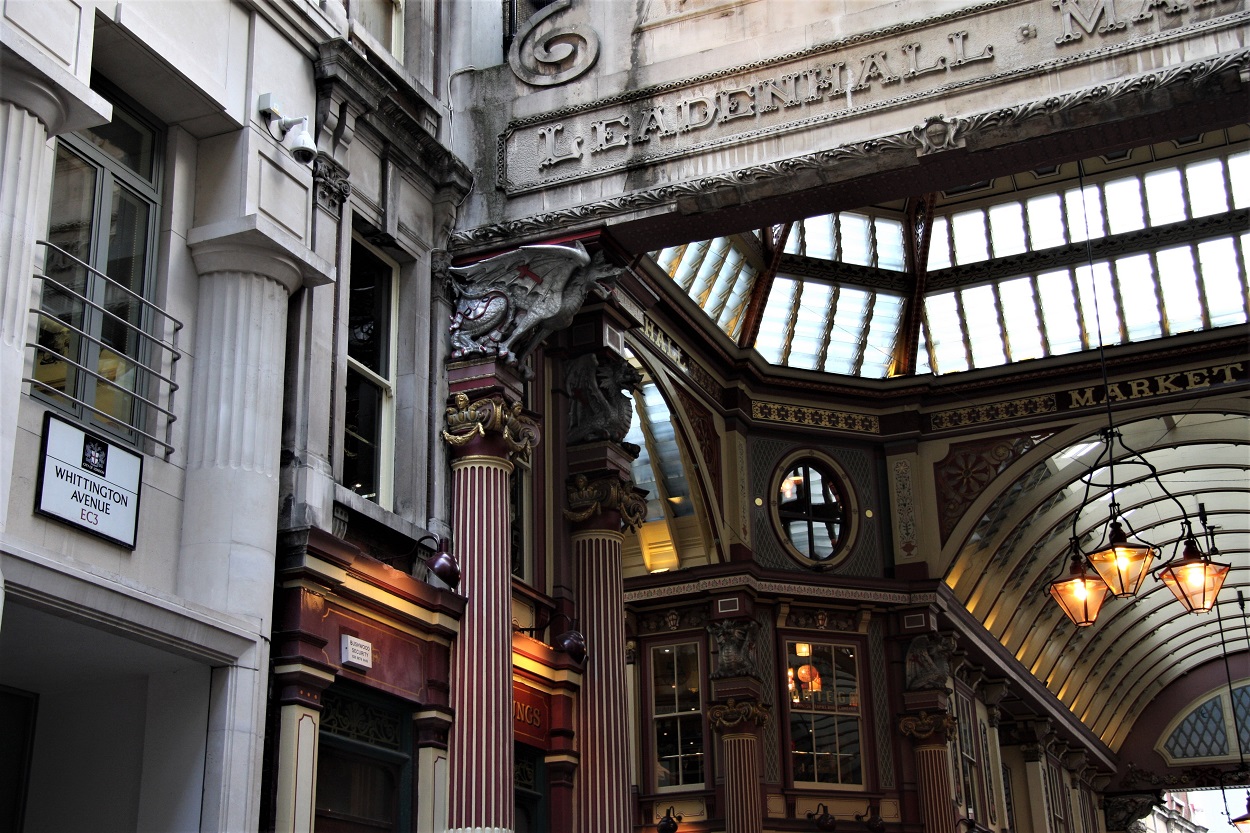 Today Leadenhall Market, with its narrow cobbled streets, passageways and attractive painted roof structure, is popular with both local city workers and tourists.

Open weekdays from 7:00am until 11:00pm, the market is a step back in time, a relaxing place to shop, eat and drink. There are many fresh food market stalls (only Mon - Fri), butchers, florists, commercial retailers, restaurants, bars and, like 650 years earlier, cheesemongers. 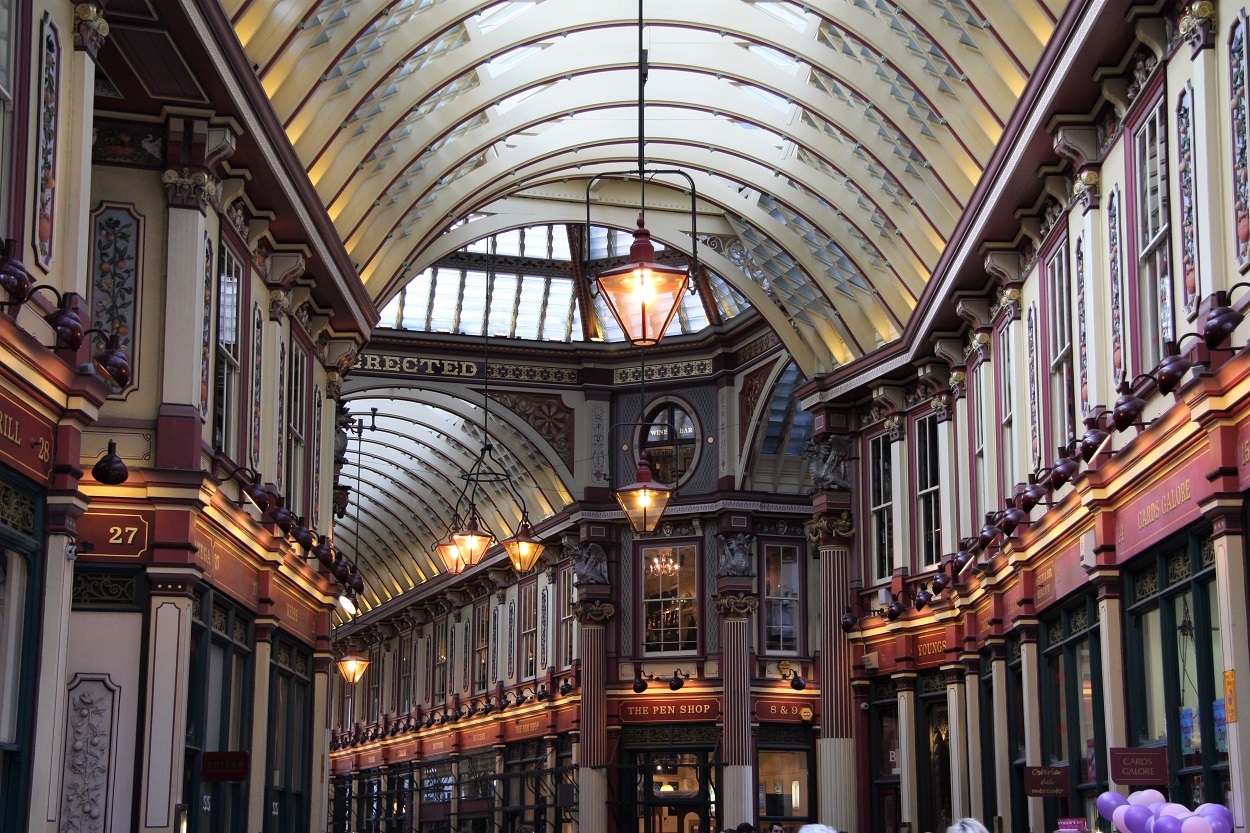 The market, with its unique environment, has been used as a film location for many movies including Harry Potter and the Philosopher's Stone and Tinker, Tailor, Soldier, Spy. Erasure used the market to film the video for Love to Hate You and was made part of the marathon route of the 2012 London Summer Olympics.

Open to the public, Leadenhall Market is in the heart of the Square Mile and has boutiques shops, restaurants and bars both outdoors and covered.