HMS Belfast, the Royal Navy’s largest Battlecruiser, was commission four weeks before the outbreak of the Second World War. Ordered straight into action in the North Sea, Belfast was initially based at Scapa Flow, Orkney Islands to help impose a naval blockade on Germany.

H.M.S. Belfast, the largest cruiser built for the Royal Navy, was crewed by 950 sailors. 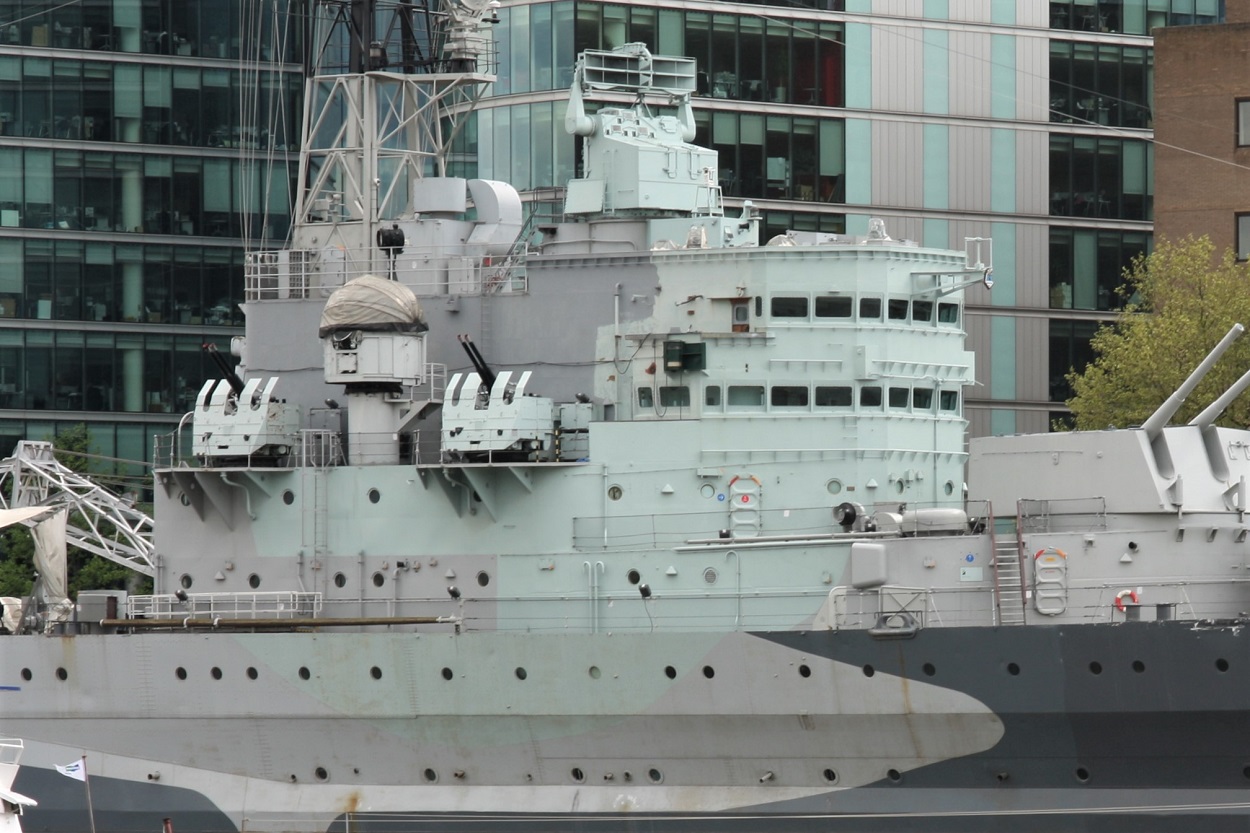 Three month later, during a firing practice exercise, she hit a magnetic mine and was put out of action for three years. Re-commissioned from Davenport where she had been sent for repairs and upgrading, Belfast became the flag-ship of the 10th Cruiser Squadron, escorting Arctic convoys to the Soviet Union.

Later that year, during the Battle of the North Cape, Belfast helped in the sinking of the German battle-cruiser Scharnhorst, the last battle between the British and German’s heavily armed and armoured battleships.

Moored in the Pool of London, H.M.S Belfast is a popular visitor attraction. 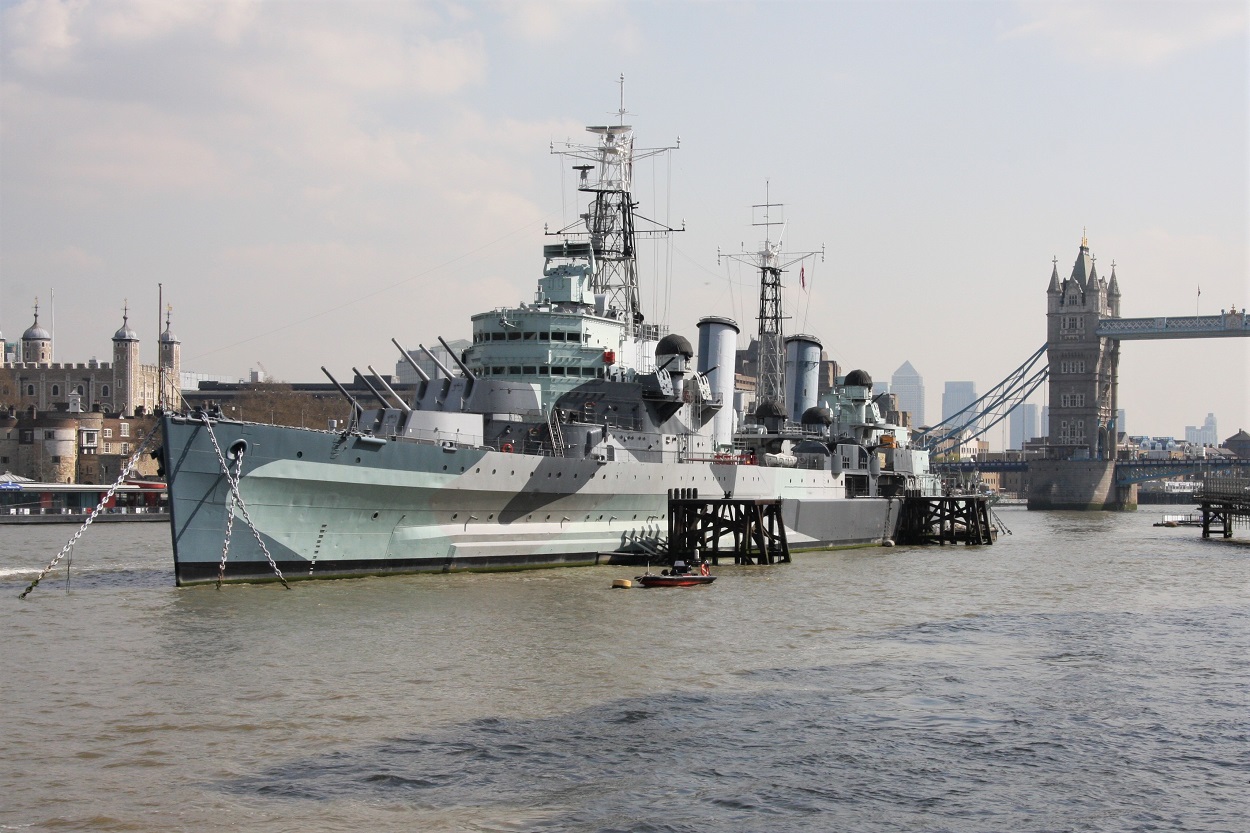 Sent to support the invading British and Canadian forces in the Gold and Juno Beach sectors of Normandy, Belfast’s guns disabled the German artillery battery at Ver-sur-Mer and continued firing into Normandy during her five week deployment.

With massive fire power, H.M.S Belfast opened the firing on the 1945 D-Day landings. 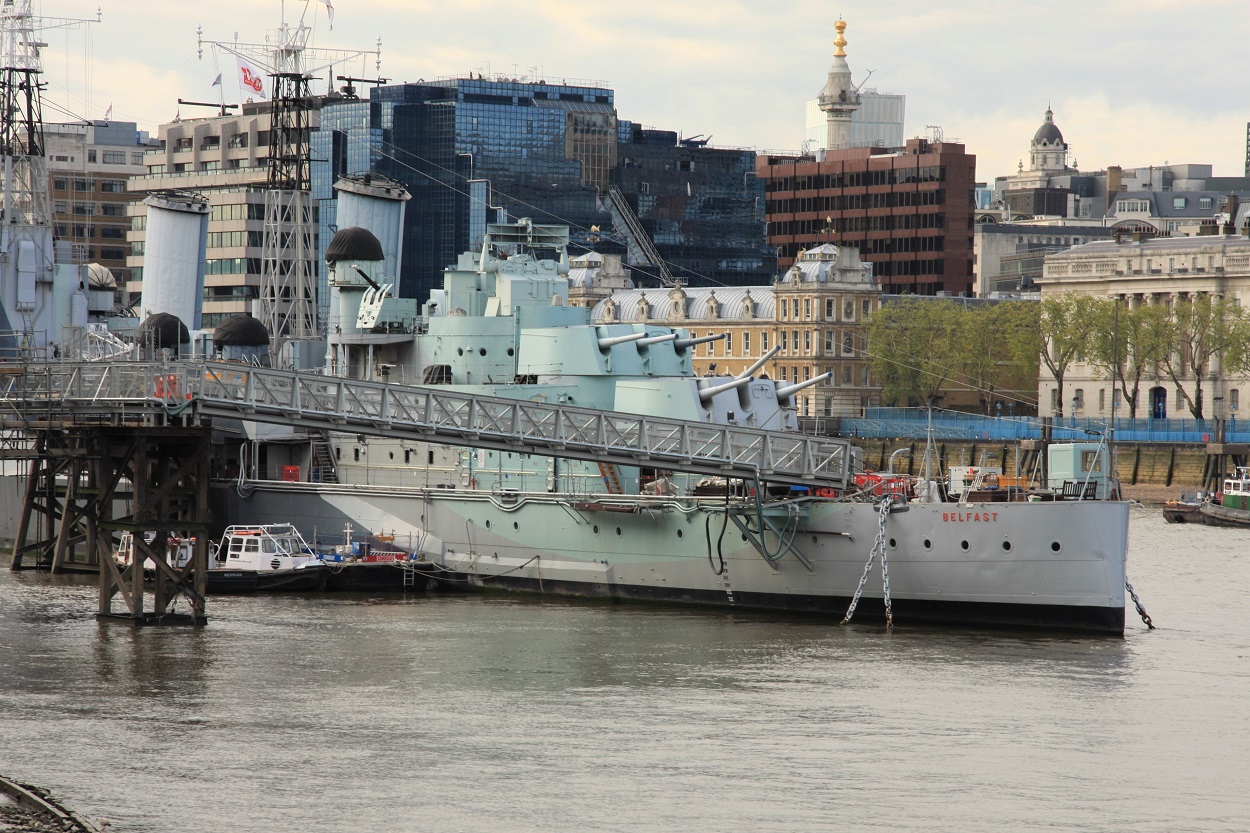 HMS Belfast’s final combat role was patrolling the East China Sea during the Korean War, finally being be-commissioned from active peace-keeping service in 1963. HMS Belfast has been permanently moored on the river Thames between London and Tower Bridges since 1971.

Run as a museum-ship by the Imperial War Museum Belfast visitors can get to know what life would have been like on board one of the largest and most powerful light cruisers ever built. 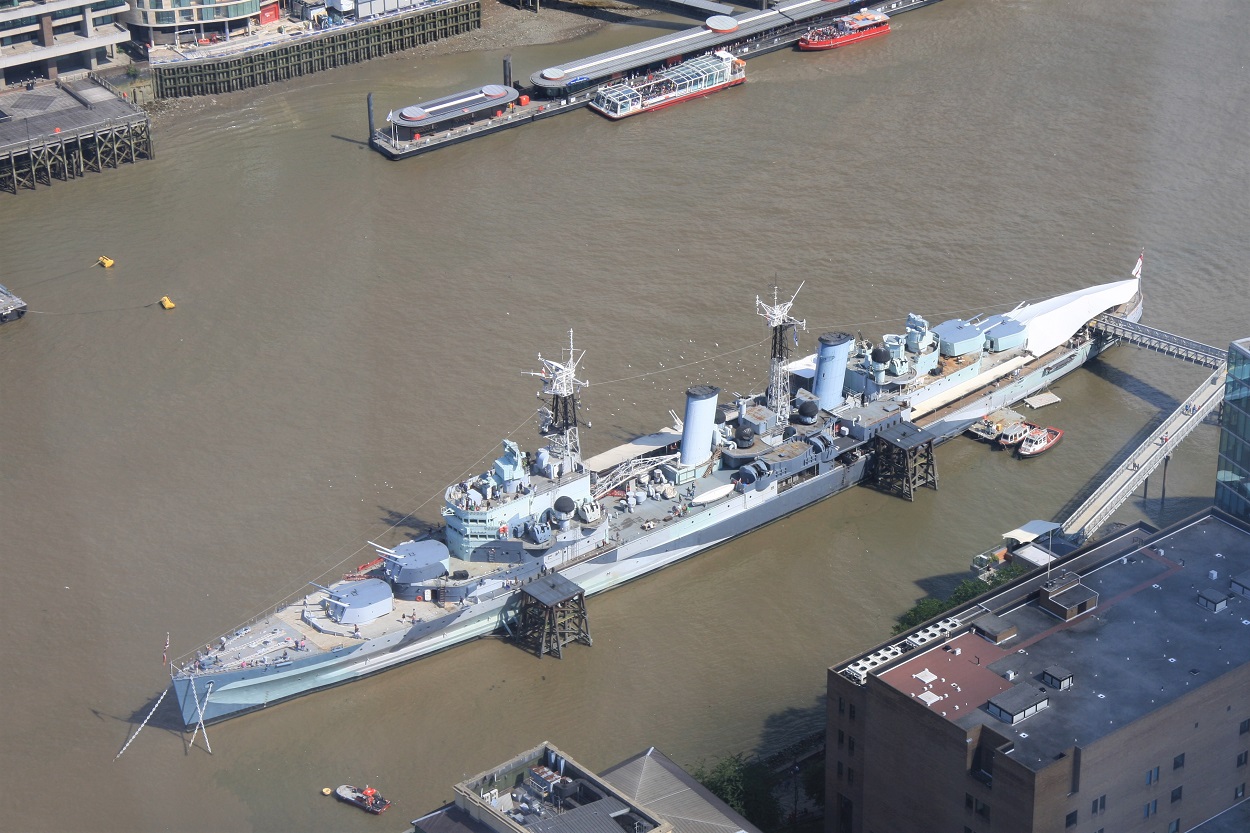 From the Bridge to bowels of the ship visitors, can explore all nine decks. Via ladders and corridors there are; the interactive Operations Room, cramped mess-decks and sleeping quarters, Gun Turrets and engine rooms. HMS Belfast is one of London's most popular attractions with both Londoners and tourists.

H.M.S. Belfast is a floating IWM museum ship on the river Thames in the Pool of London, open most days, see below;