During the 19th century, at the height of the Pool of London’s importance as a national sea-going port, Hay’s Wharf was the landing and storage point for most of London’s imported ‘dry’ produce, including bonded warehouses for the largest tea trader in the world.

Hay's Galleria converted from one of London's busiest old Wharfs 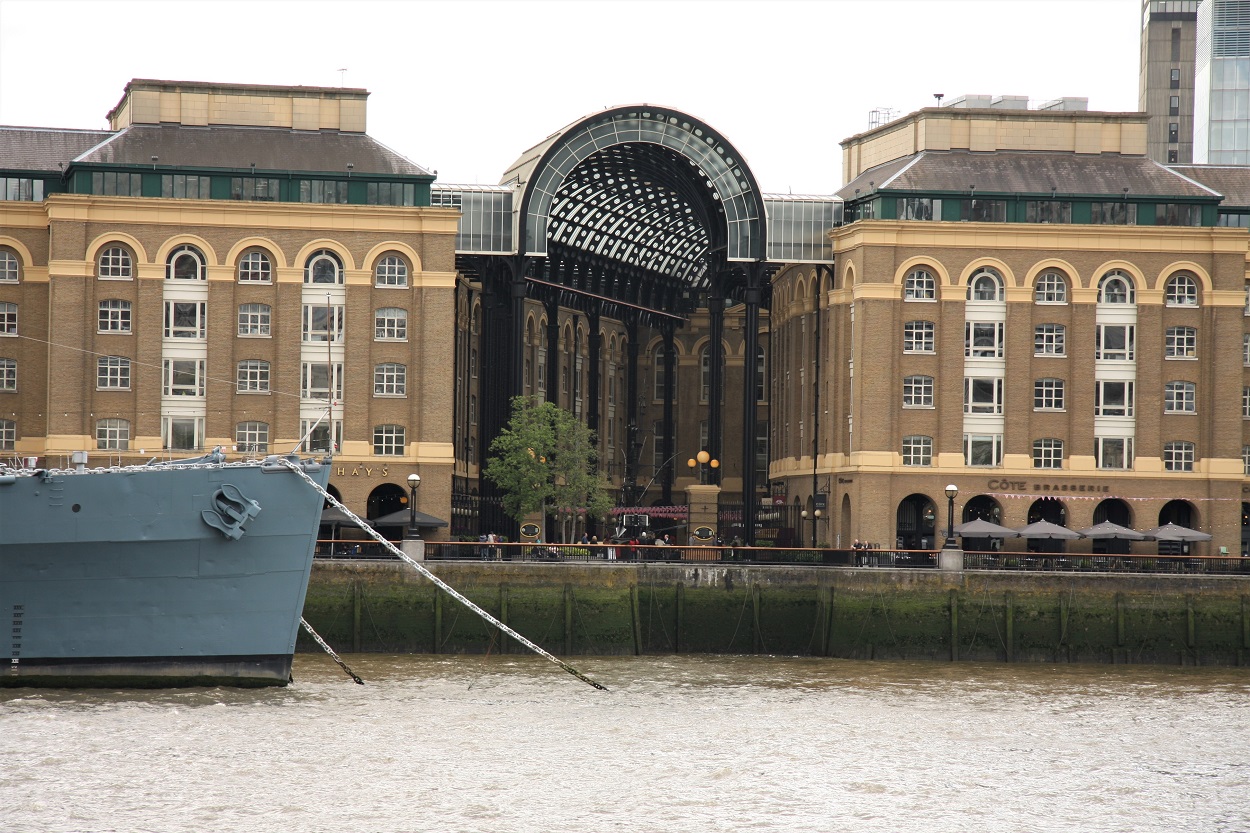 Hay's Galleria is now a covered area of shops, restaurants, bars and cafés, tastefully converted from the original wharf. A 150 years ago it was one of London’s oldest and busiest Thames side docks with sailing clippers arriving from all over the world.

The most impressive ships to arrive were the tea-clippers from China and India. The fastest ships on the seas they were built to service the increasing demand the British has for tea. 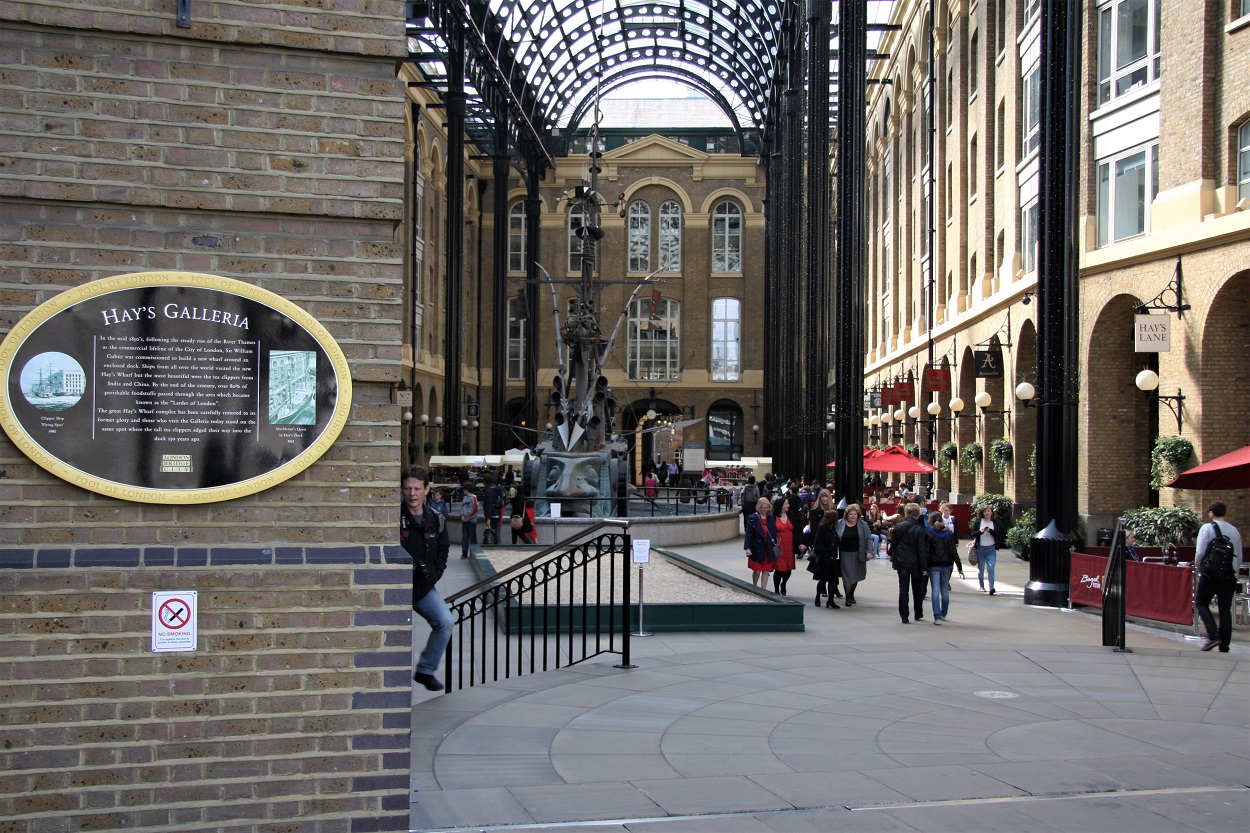 Although Hay’s Wharf and the surrounding area were heavily boomed during the London Blitz, the wharf complex, known as the 'larder of London' due of its huge trade in food, continued trading up until the late 1960’s and covered most of the south-bank area between London Bridge and Tower Bridge. 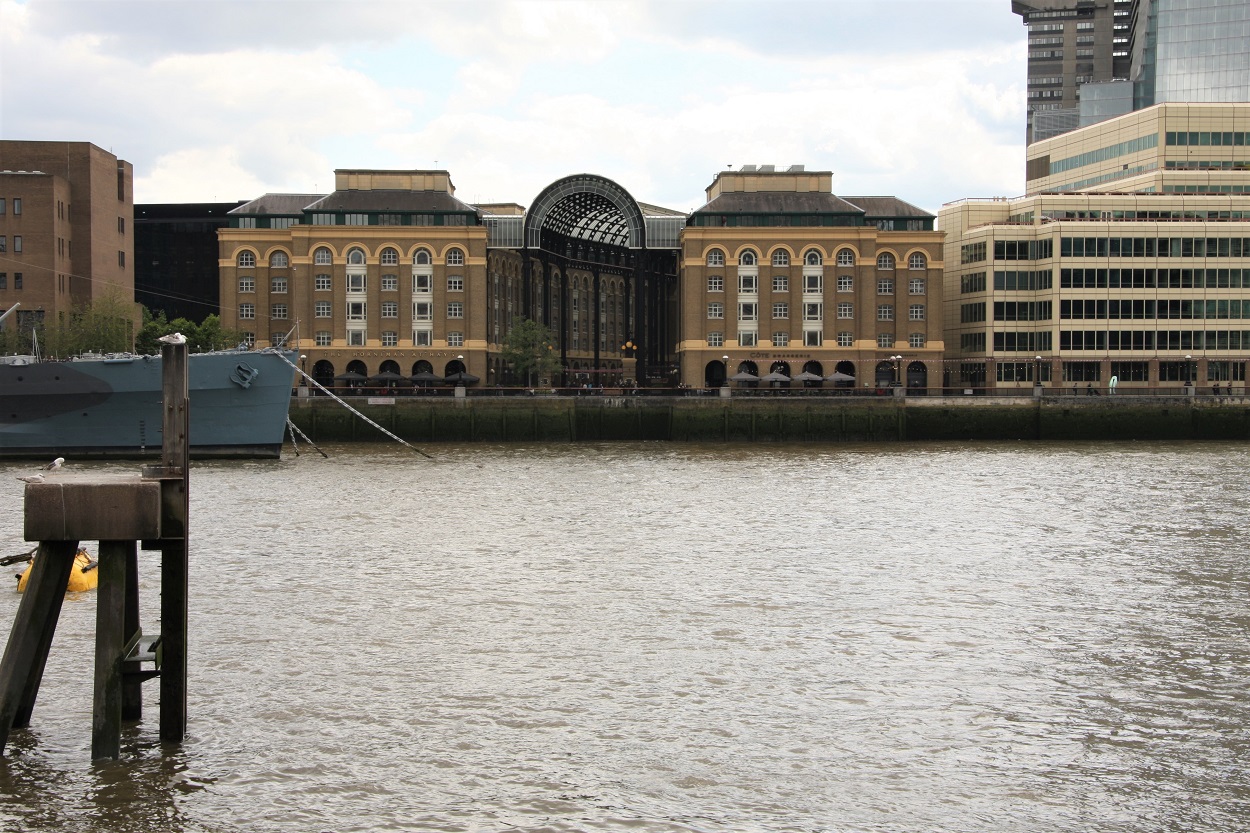 When container ships, which required deep-water coastal ports, became more widely used the Pool of London and its Thames side docks became disused. Many warehouses were pulled down, but the central area of Hay's Wharf was re-developed in the 1980’s into a visitor attraction.

Hay's Wharf, landing point for the impressive fast tea-clippers which sailed from India and China. 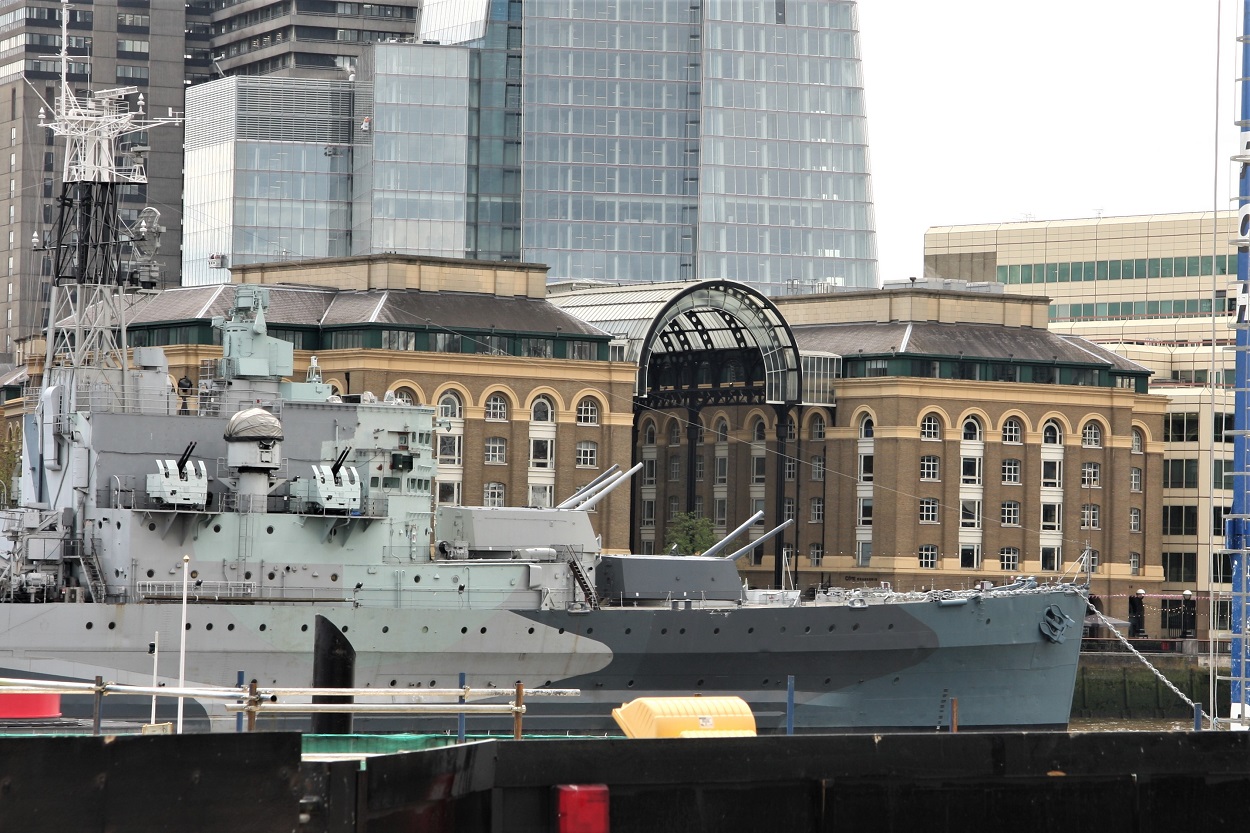 Striking features of the galleria include the glass roof in the style of a Victorian railway terminus and the 18m moving bronze sculpture of a ship, called 'The Navigators’. Popular with both locals and tourists the galleria has panoramic views of the City of London and is an ideal resting stop on our Pool of London walk.

Hay's Galleria is on a public footpath and free to entre. Shops, bars and restaraunts open daily.