For nearly 2000 years this site has been used for public entertainment and is one of the oldest event venues in London.

Guildhall, London ceremonial and administrative centre of the Lord Mayor of London. 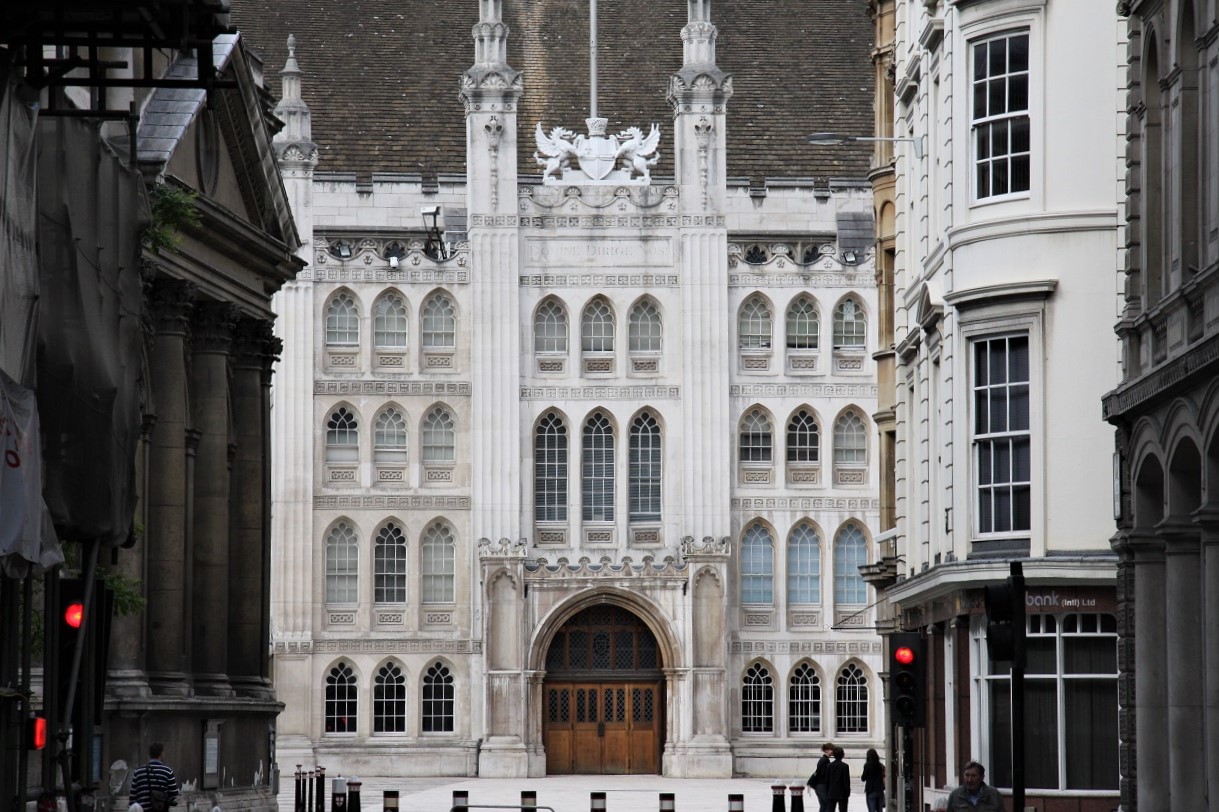 The City, also known as the Square Mile, (2.9km2), is the small historic core of London whose boundaries have remained little changed since the 3rd century when the Roman’s built London Wall, a defensive wall around Londinium, their AD43 trading and financial community.

During Roman times it was the site of the largest Roman amphitheatre in Britain, remains of which are on public display in the basement of the Guildhall Art Gallery. A black circle marking the outline of the roman arena is painted on the courtyard in front of Guildhall. 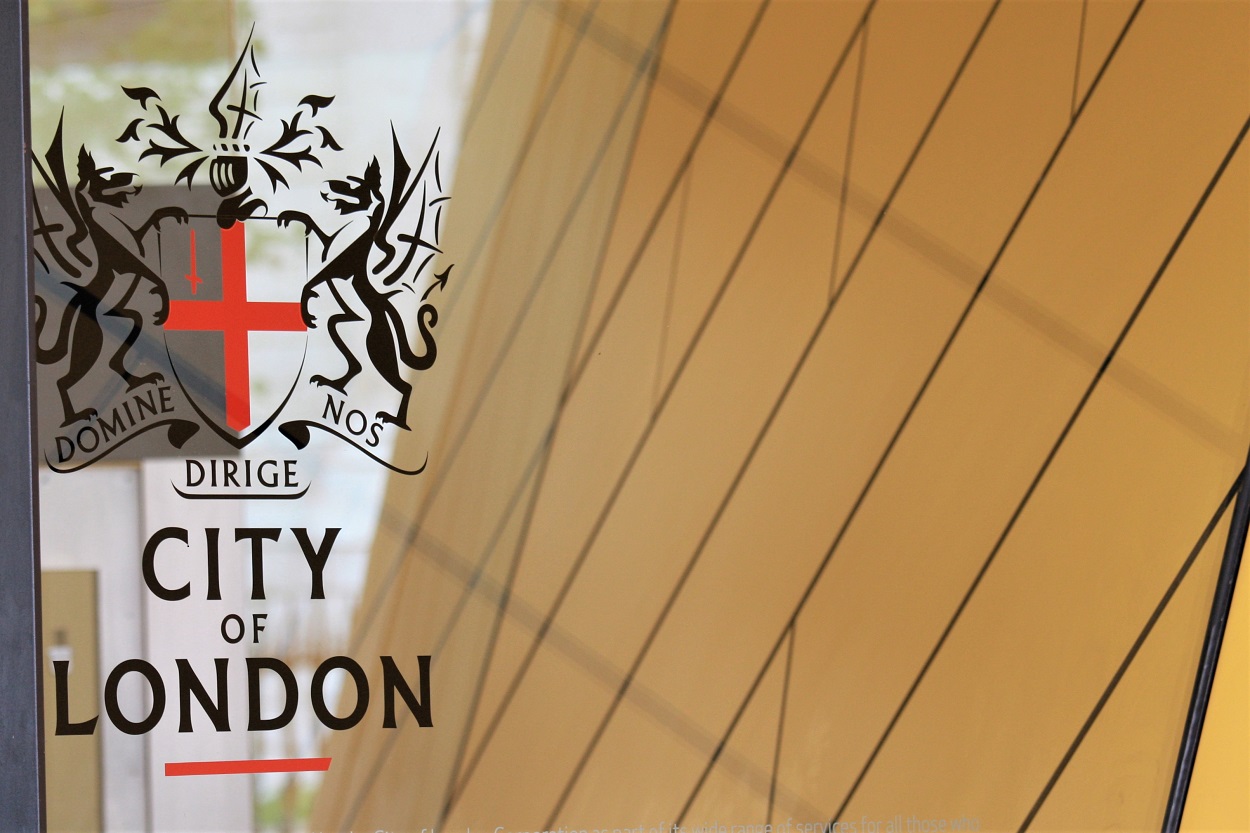 The first Guildhall was constructed on the site of a Saxon Hall in the 12th Century when the Lord Mayor of London rivalled the monarch for influence and prestige.

The present Guildhall was built in the 15th century to demonstrate the continuing power of the merchants of City of London who regulated trade. At the centre of Guildhall is the medieval Great Hall where royal and state events have been held for over 600 years.

Underneath Guildhall lie the largest medieval crypts in London. 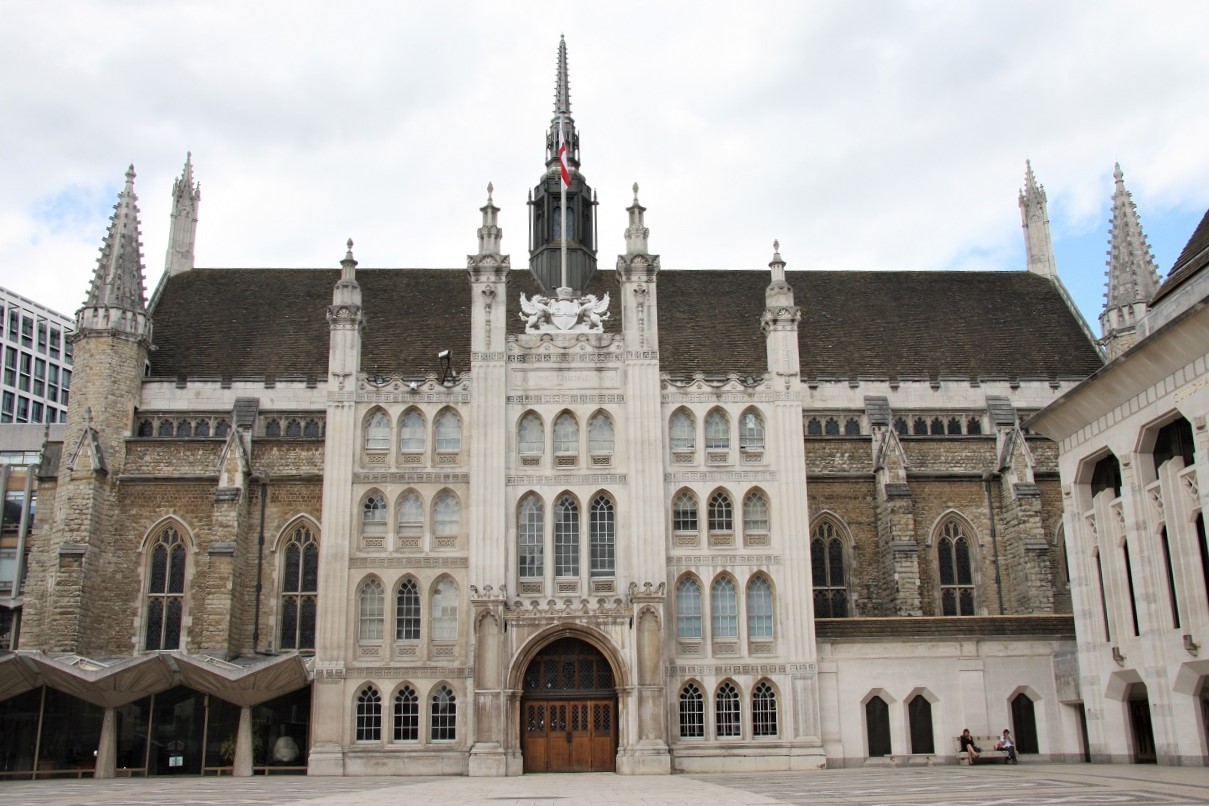 Surviving the Great Fire of London in 1666, the present Neo-Gothic grand entrance was added in 1788. Parts of the earlier 1411 stone building can still be seen today, along with the East Crypt, the oldest part of Guildhall dating back to the Saxon's original 11th century Hall. The East and West crypts are the largest mediaeval crypts in London.

Guildhall still plays an important part in the life of the City of London, although its daily administration is now based in nearby modern buildings.

The Lord Mayor’s Banquet, held every year in the spectacular setting of the great medieval Hall, is where the Prime Minister traditionally makes a speech about an important aspect of Government policy.

Entrance to the Square Mile on London Bridge. 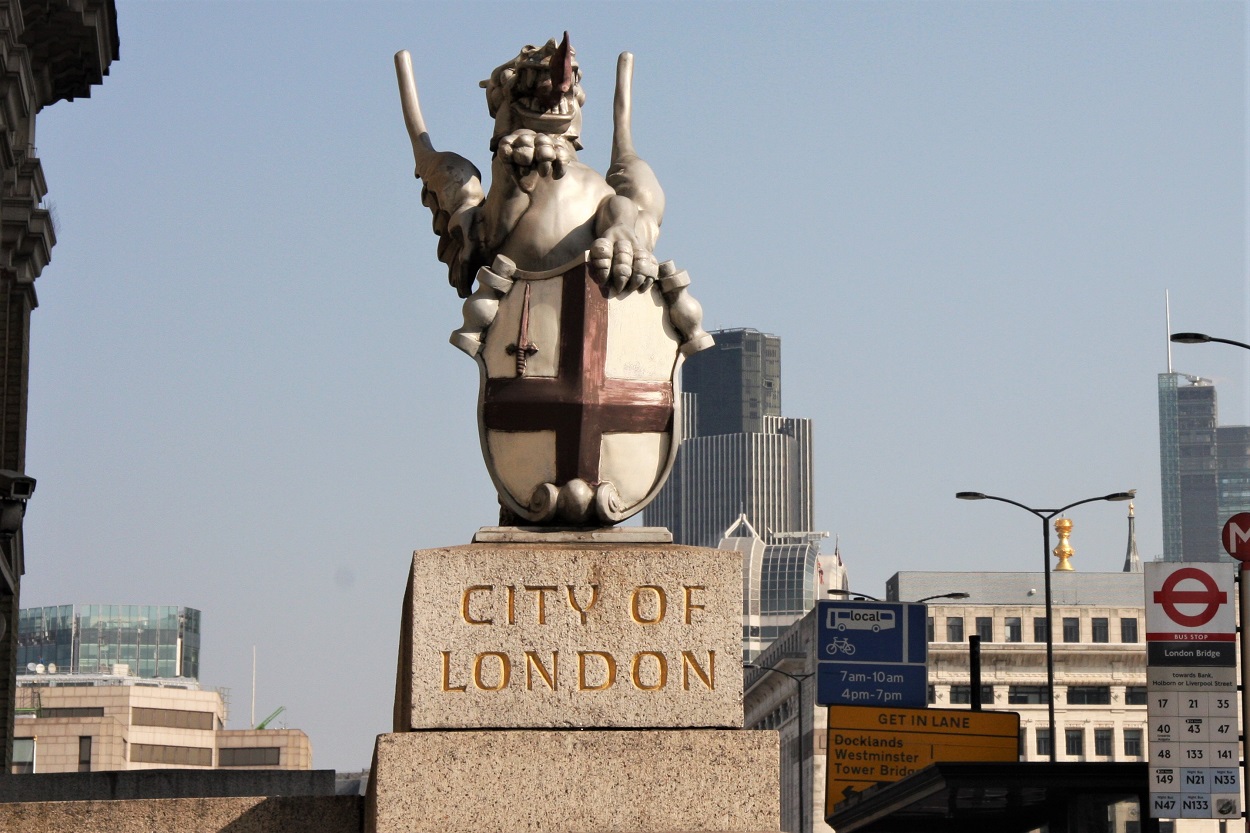 Guildhall has other impressive rooms including the Livery Hall and Old Library. Now in the new west wing, the library’s internationally recognised collection specialises on the history of London from the 11th century onwards. A recent addition is the Guildhall Art Gallery, opened by the Queen Elizabeth II in 1999, this public gallery houses the City of London’s art collection.

Guildhall's Rooms, Art Gallary and London's Roman Amphitheatreare not generally open to the general public as they are used for private hire events.