The Golden Hinde was Sir Frances Drake’s 16th century sailing galleon in which he famously became the first Englishman to sail around the world. The 100 ton 3 mast ship, originally named Pelican, departed from Plymouth in 1577 with 4 other galleons in pursuit of treasures and riches in the south Atlantic and Pacific. 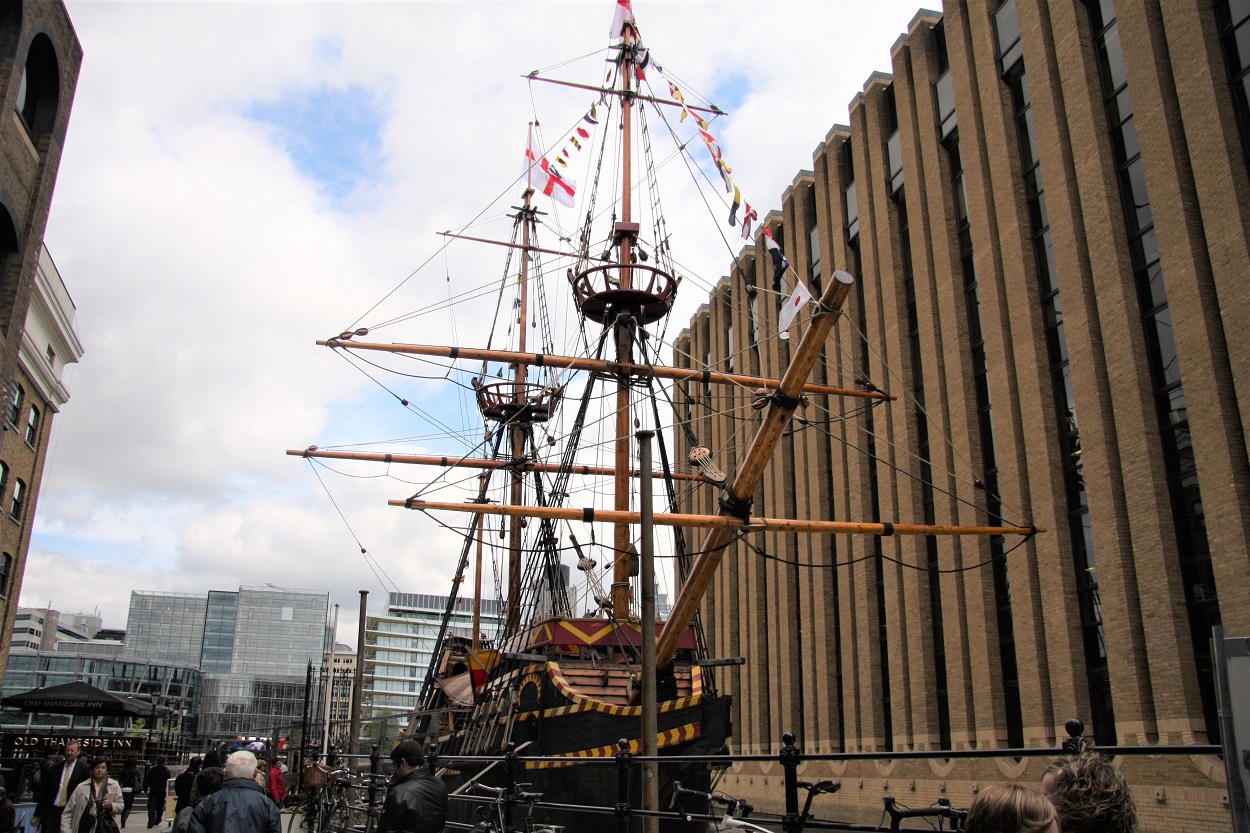 Drake's 3 year adventure was financially supported by businessmen, including Sir Christopher Hatton, the then Lord Chancellor of England and captain of the Queen’s body guard. Hatton, who’s family ‘coats of arms’ contained a golden hind (female deer), expected to make a great deal of money from his investment in Drake voyage of discovery.

Golden Hinde in a dry dock at Pickfords Wharf. 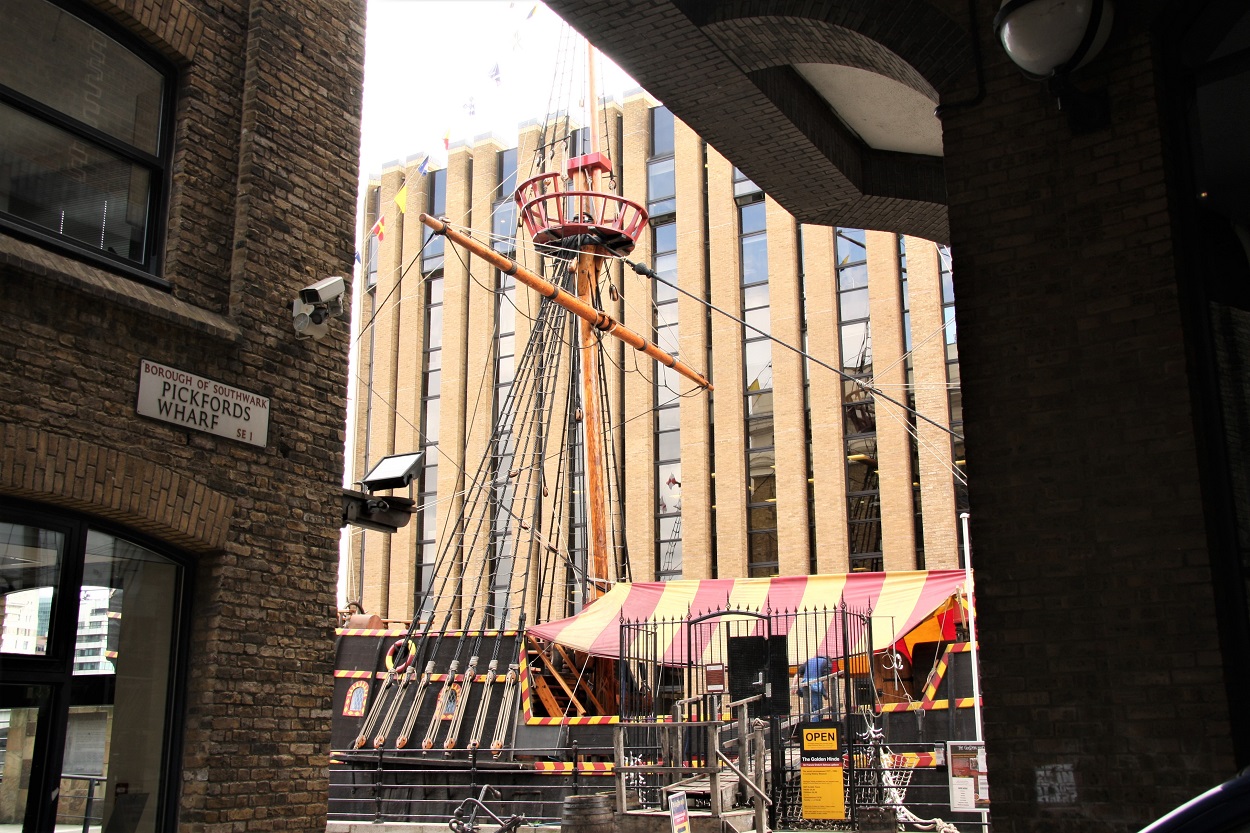 During that mid 17th-century period the Spanish, led by Phillip II, had been plotting to removed the English Queen Elizabeth I from the thrown in favour of her cousin Mary, Queen of Scots. Spain had established territories in South America and built a strong navy to protect their nations lucrative trade routes. 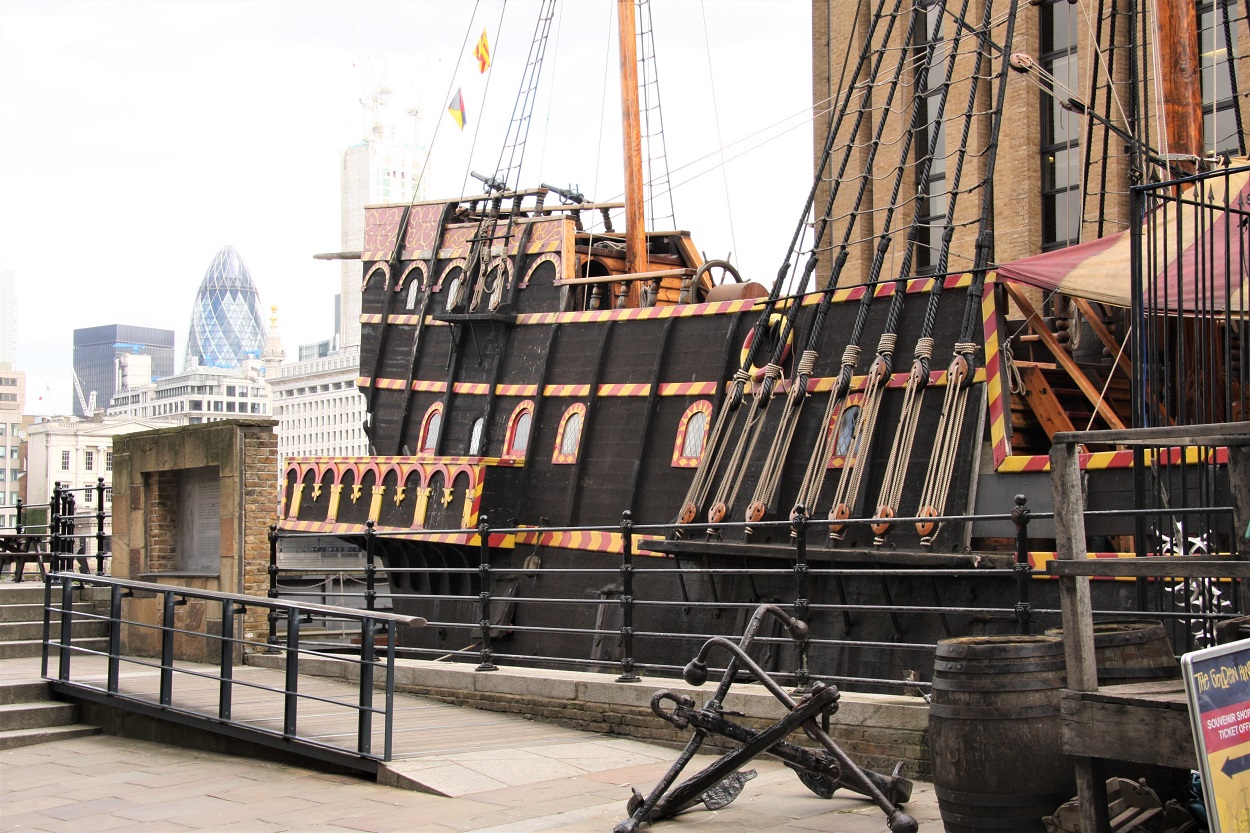 The Queen saw this as a threat her and England, so before Drake set sail Elizabeth signed a royal charter allowing Drake to attack and loot any Spanish ship. Drake considered himself and his men as privateers, unofficial representatives of the Queen, the Spanish saw them differently, 22 cannon warships full of Pirates!

Drake’s largest prize was from a Spanish galleon captured off the coast of Equador. Carrying six tons of treasure it took his men six days to load it into the Golden Hinde’s bilge, replacing the ships six tons of ballast.

The first Englishnam to circumnavigate the world, Drake's replica galleon has sailed further. 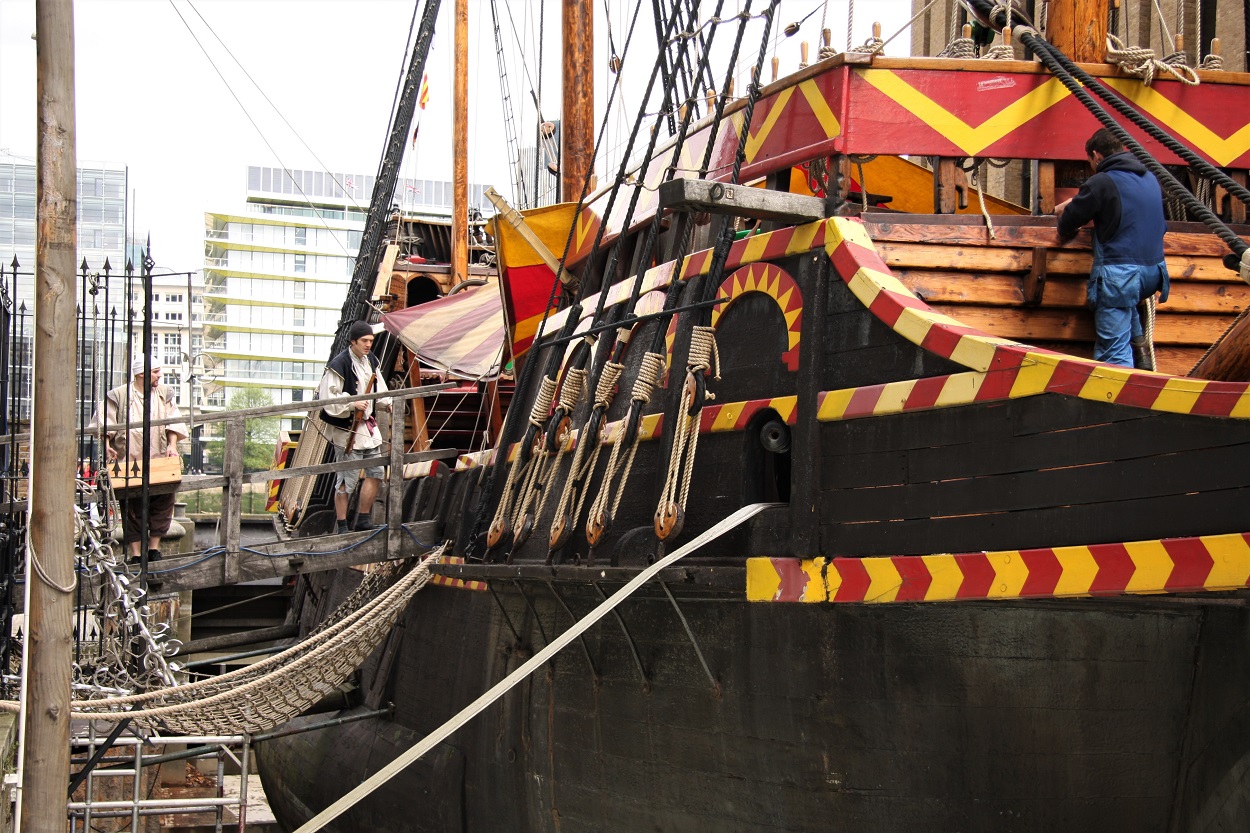 On Drakes return, the victorious Queen Elizabeth I ordered the Golden Hinde to be put on display in Deptford, London for everyone to see. It became Britain's first museum ship, moored there for over 100 years before rotting away.

The Golden Hinde is open seven days a week for self guided-tours, there is a fee to enter.