Diana, Princess of Wales, born on the 1st July 1961 as Lady Spencer was tragically killed in Paris on 31st August 1997. Diana had become one the most famous and photographed people in the world, the memorial fountain in Hyde Park was designed to reflect her life, qualities and openness. 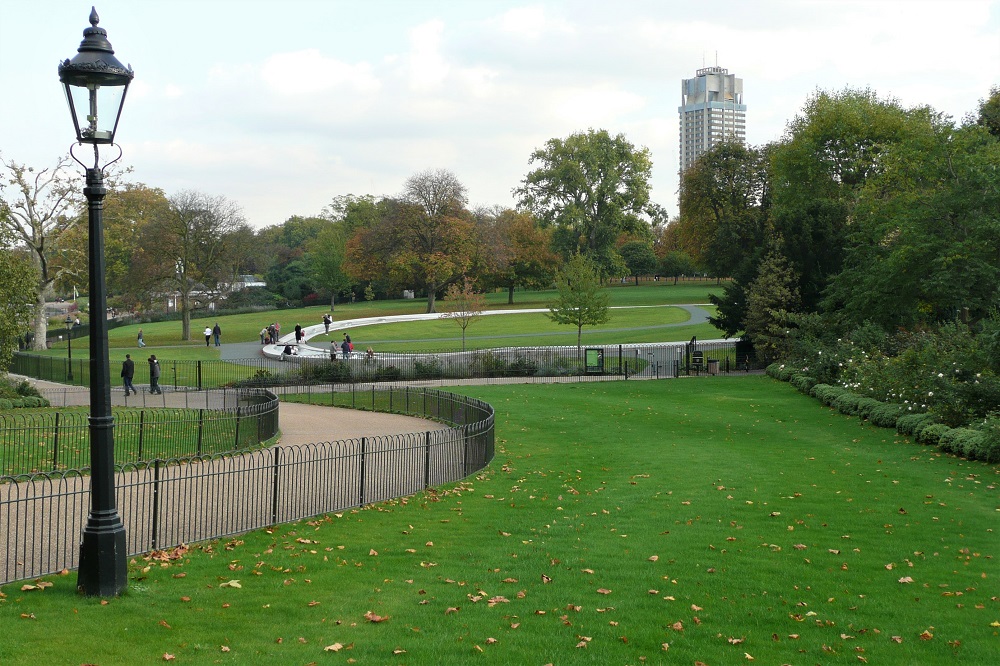 The fourth child of Viscount and Viscountess Althorp, Diana Spencer, at 20 years of age, married the Queen’s eldest son, Prince Charles on 29 July 1981. With an estimated 650,000 people lining the streets of London and a global television audience of over 750 million people, the royal wedding in St Paul's Cathedral was a historic event with national and world wide celebrations.

After the marriage Diana received the courtesy titles of; Princess of Wales, Duchess of Cornwall, Duchess of Rothesay, Countess of Chester and Baroness of Renfrew. 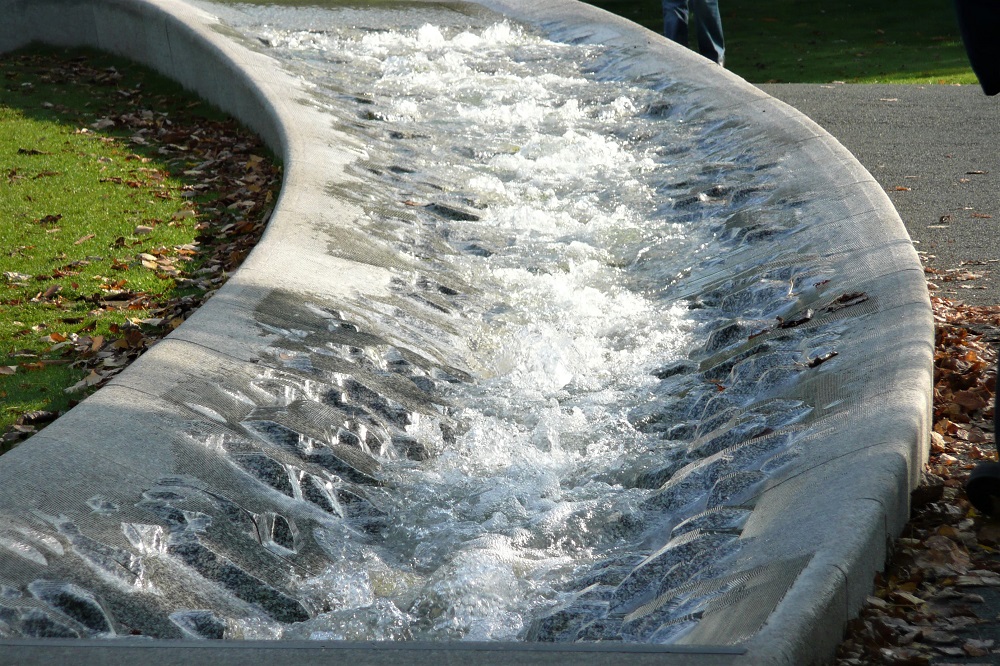 Water, pumped from deep below, flows from the highest point down the two sides of the gently sloping oval. The sides are intended to show the two sides of Diana's life, happy times and turmoil. On one side the granite stream bed descends fairly smoothly causing gentle ripples in the flowing water. On the other side there are steps, rills, curves, and other shapes causing varying amounts turbulence as the water flows into the tranquil pool at the bottom.

Calmer waters, visitors are encouraged to sit rather than walk on the fountain 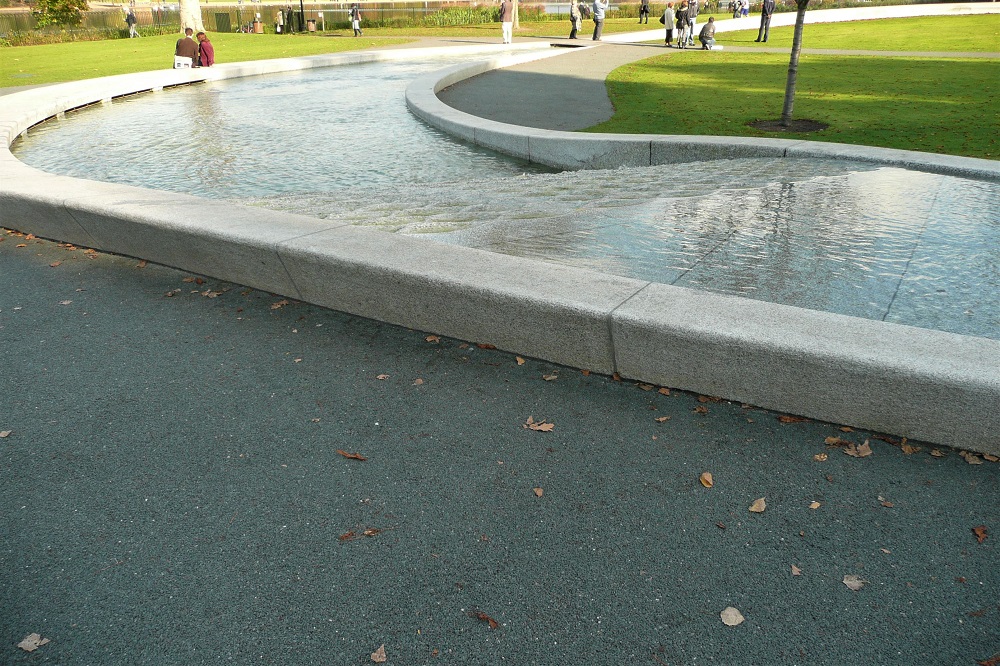 The 50m by 80m ovel, surrounded by a grassy green field, has three bridges where you can cross the water and go into the centre of the fountain. Although the fountain is quite shallow and designed to be walked in, there have been several accidents so visitors are now encouraged to sit on the edge and refresh their feet rather than walk in the Memorial. 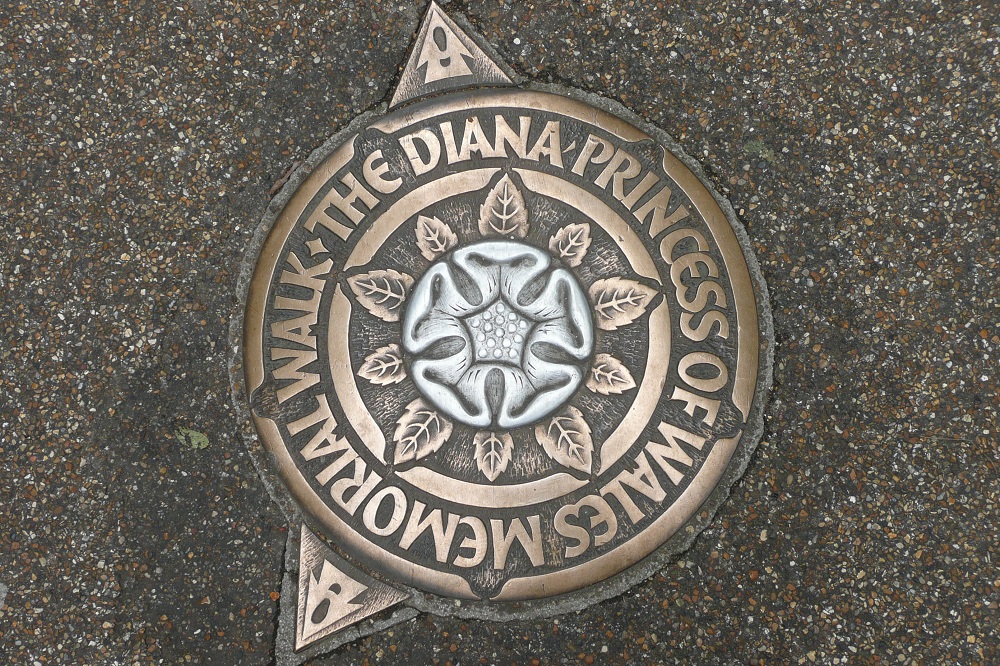 The oval fountain in Hyde Park is a fitting memorial to Diana, Princess of Wales. Her marriage to Prince Charles produced two sons: Princes William and Harry, currently second and Fifth in line to the throne.

In addition to the fountain there is a 7 mile (11k) Diana Princess of Wales Memorial Walk. Marked out by 90 ground plaques, the walk takes you through St James's park, Green Park, Hyde Park and Kensington Gardens.

The Diana Memorial Fountain is open to the public and free to enter.