In 1908 a 29 year old architect, Ralph Knott, unexpectedly won a competition to design a fitting home for the London County Council. The building, which was designed in the Edwardian baroque style and faced in Portland stone, was opened in 1922 by King George V. The building was further developed in the 1930's with additional north and south blocks and in the 1970's with an ugly Island block fortunately now demolished.

County Hall was 'sold-off' in the 1990's due to political conflicts between the National and London governments. The main part of the building is now a major entertainment centre with top tourist attractions, hotels, restaurants and private apartments. 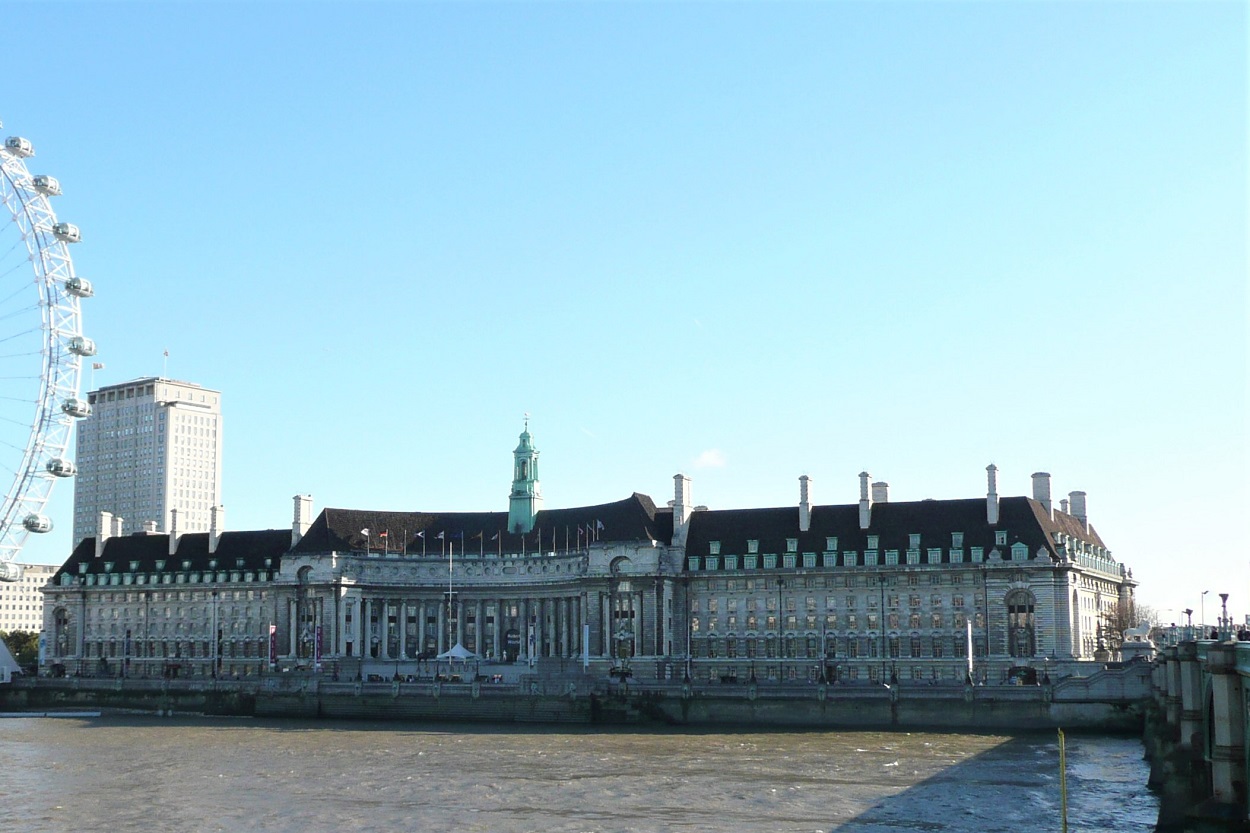 Based over three floors in 14 themed zones in County Hall, the London Aquarium is home to 500 species of fish from all over the world and the UK's largest living Coral reef. Over 2 million litres of water and deep tanks allow the fish to swim freely and be closely observed.

Visitors can watch diving displays, take part in interactive feeding, touch the creatures in a specially designed pool and see the colony of Gentoo Penguins in their ice cave. A popular display is the Shark Reef encounter, a glass walk-way over a shoal of 16 sharks swimming beneath.

Repurposing of an iconic London building into a tourist attraction. 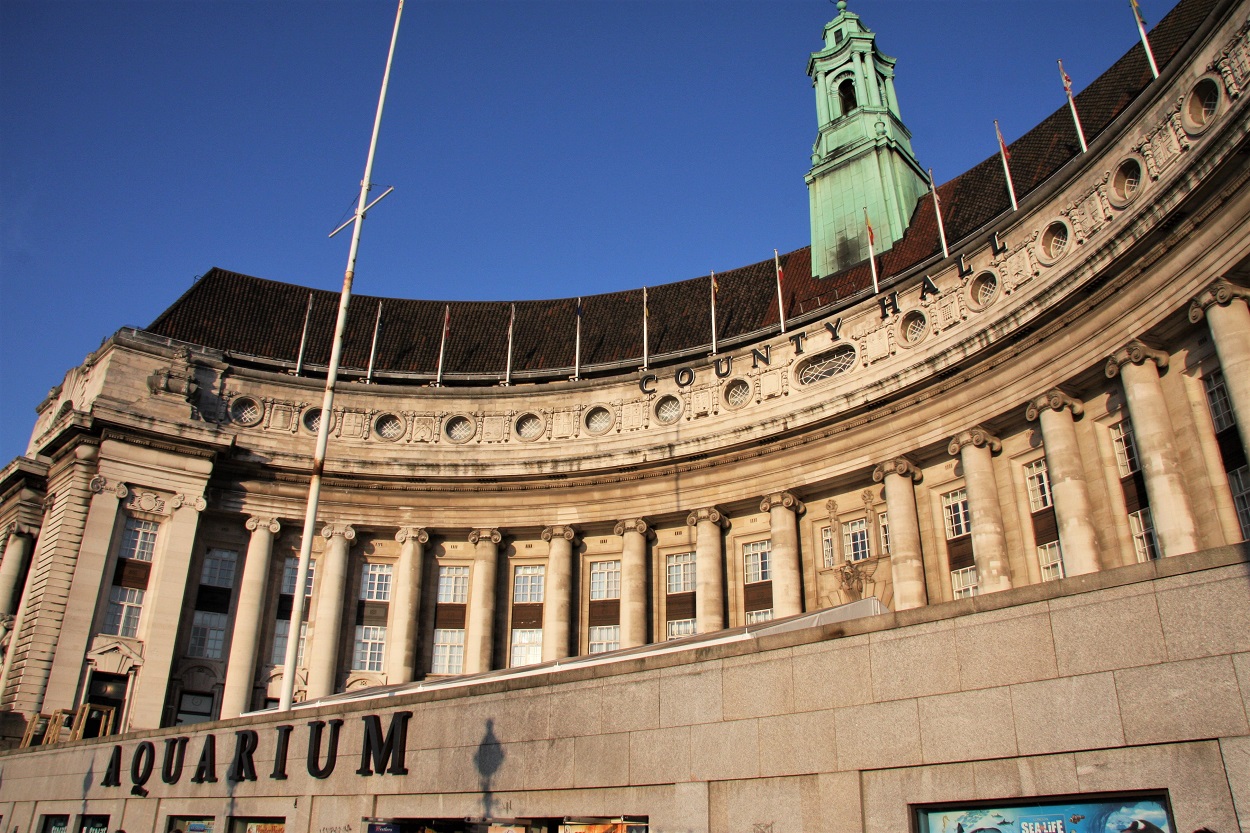 A thrilling attraction that takes you back into London's perilous past, bringing to life characters of the 'bad old days', including Sweeney Todd, Jack the Ripper, The Plagure Doctor and Guy Fawkes. A cast of live theatrical actors with special effects, stages, scenes and rides emerse you into seeing, hearing, feeling and even smelling the characters. 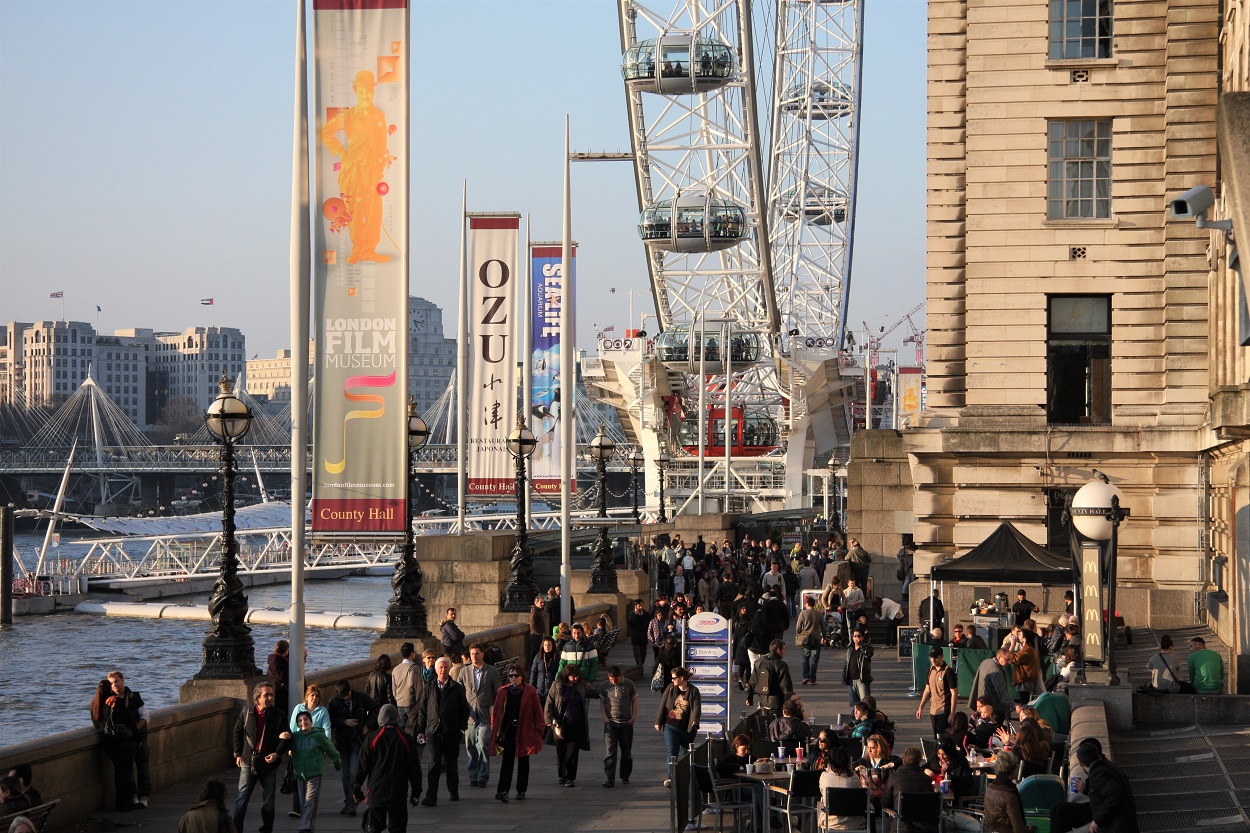 Shrek’s Adventure is an interactive fair tail experience by DreamWorks Tours. Board a magical 4D flying bus driven by Donkey on a quest to find Shrek with a theatrical tour guide leading you to Far Far Away. Step into Shrek’s Swamp and meet all your favourite characters including; Princess Fiona in the bus depot, Cinderella, Prince Charming, Rumpelstiltskin, Puss in Boots, Pinocchio, the Muffin Man and of course, Shrek himself.

The South Bank Lion guarding the steps down to County Hall. 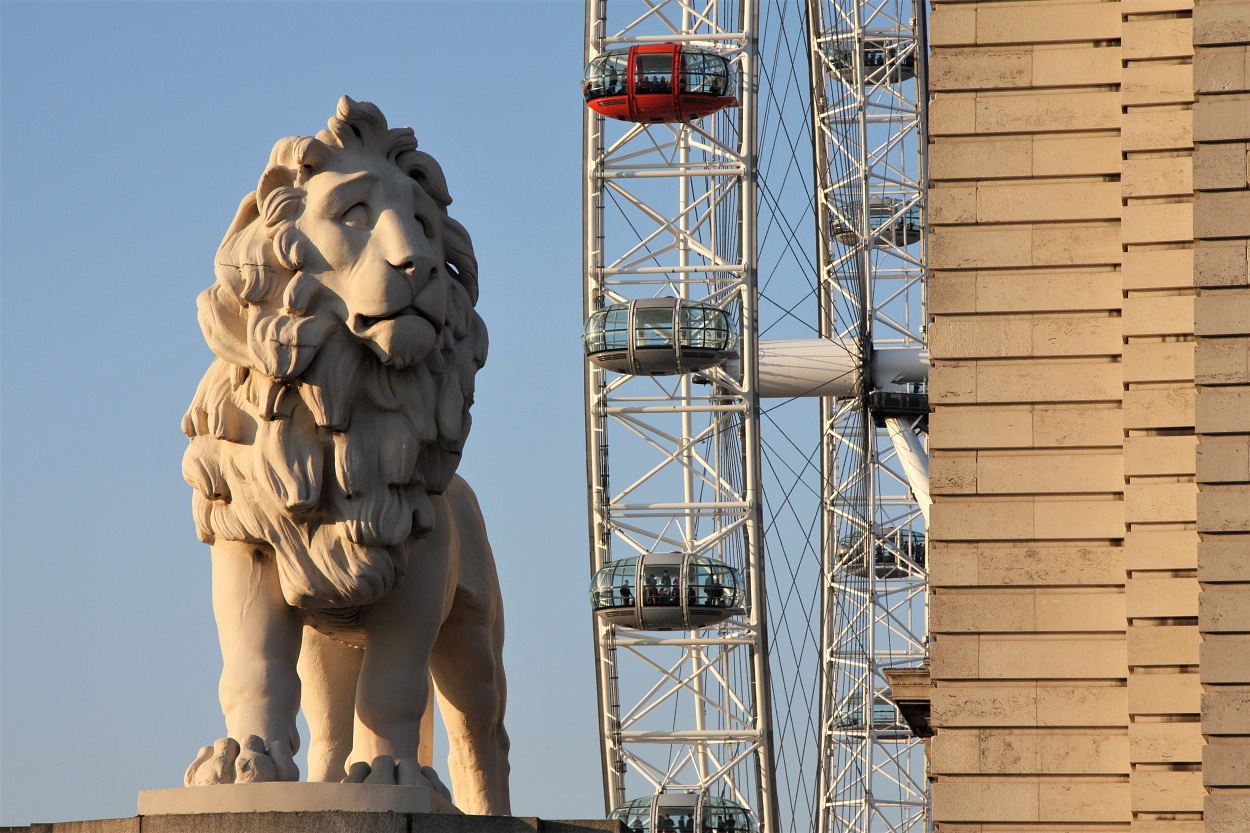 Situated on the Southbank the County Hall, with its wounderful views of Westmister Bridge, London Eye, Big Ben and the Houses of Parliament, is an ideal loactions for it's hotels, restaurants, conference facilities. Next to the London Eye, the complex is a popular meeting place to rest, eat and drink.

County Hall is on the Southbank Queen's Walk, a public highway viewable all year. For the individual attractions in the complex see below.