In the mid seventeenth century, Charles II purchased a section of land between St James’s Park and Hyde Park so he could walk on ‘royal soil’ all the way from Westminster in the east to Kensington in the West. The King used his new park, which he called Upper St James's Park, for entertaining his guests and more importantly for his daily health walk or ‘constitutional’.

Constitution Hill and the stone pillars of Memorial Gate 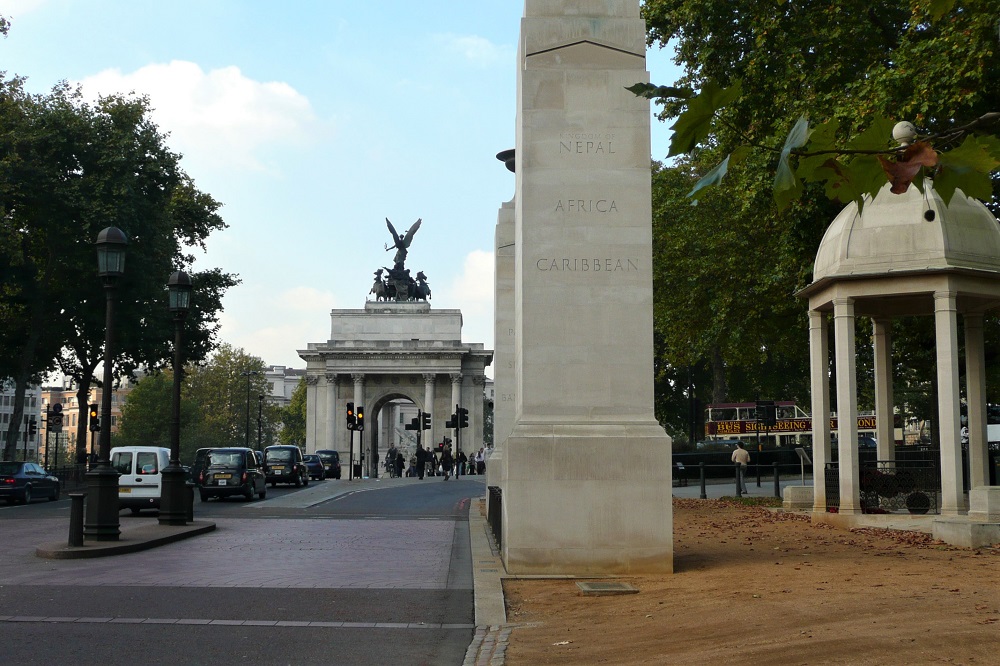 Constitution Hill is the official route that connects The Mall with Hyde Park Corner. Walking west, up Constitution Hill, the walled gardens of Buckingham Palace are on the left and Upper St James Park which, is now called Green Park, is on the right.

Towards the Hyde Park end of the road there are the Memorial Gates; stone pillars which honour the five million men and women from Nepal, India, Africa and the Caribbean who served with the Armed Forces during the World Wars. 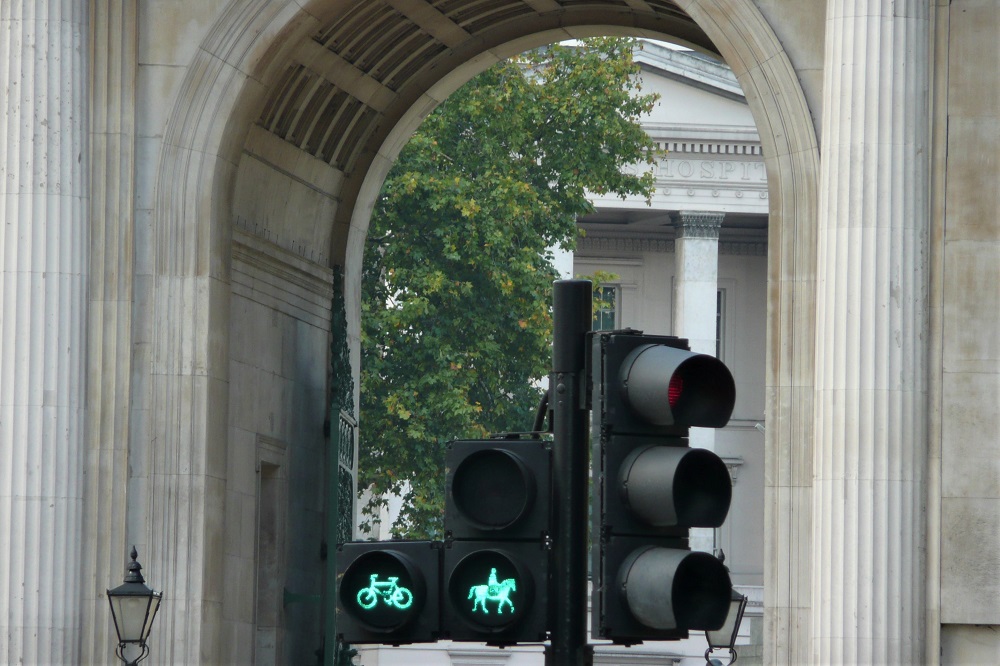 Wellington Arch, commissioned by George IV and completed in 1830, was originally designed as a grand outer entrance to Buckingham Palace from the Royal Parks. Sixteen years later, in celebration of his victories during the Napoleonic war, a colossal 20 ton statue of the 1st Duke of Wellington mounted on his charger, Copenhagen was placed on top of the arch.

Due to traffic congestion, in 1883 the Arch it was dismantled and re-built as short distance away on its present site at the top of Constitution Hill. Wellington’s equestrian stature was, due to its controversial size, removed from the top of the arch and taken to Round Hill, near the military town of Aldershot in Surrey. 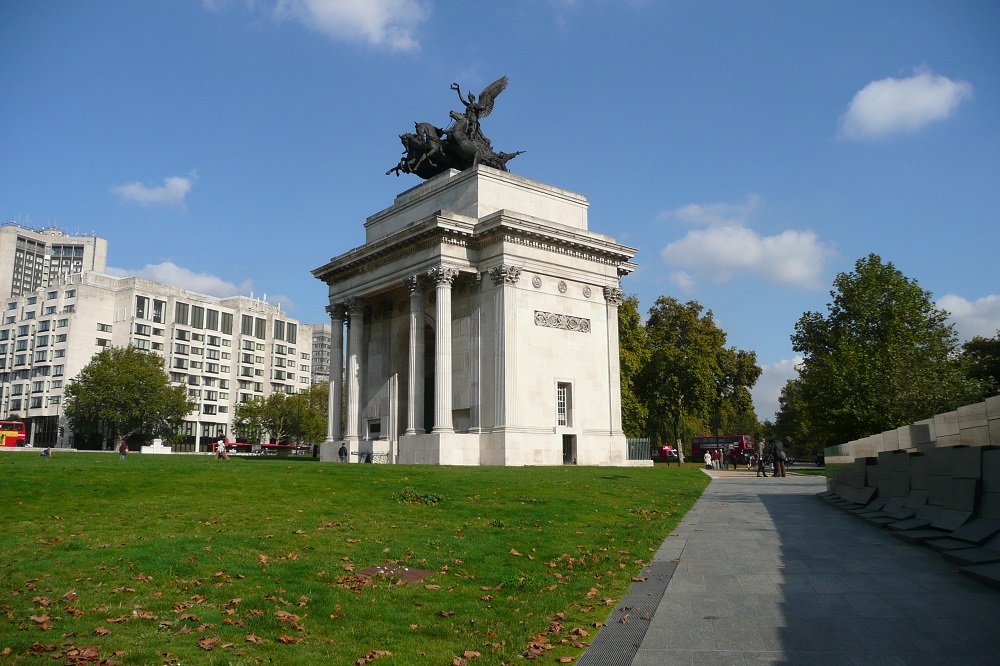 Commissionsed by Edward VII, in 1912 the 4 horse chariot Quadriga was placed on top of the Arch. Depicting the angel of peace descending on the chariot of war, it is the largest bronze sculpture in Europe.

The Arch, which as a hollow interior, used to home the smallest police station in London. Today the interior of Wellington Arch is open to the public and the balconies offer amazing views across London into Buckingham Palace gardens, the Royal Parks and Houses of Parliament. 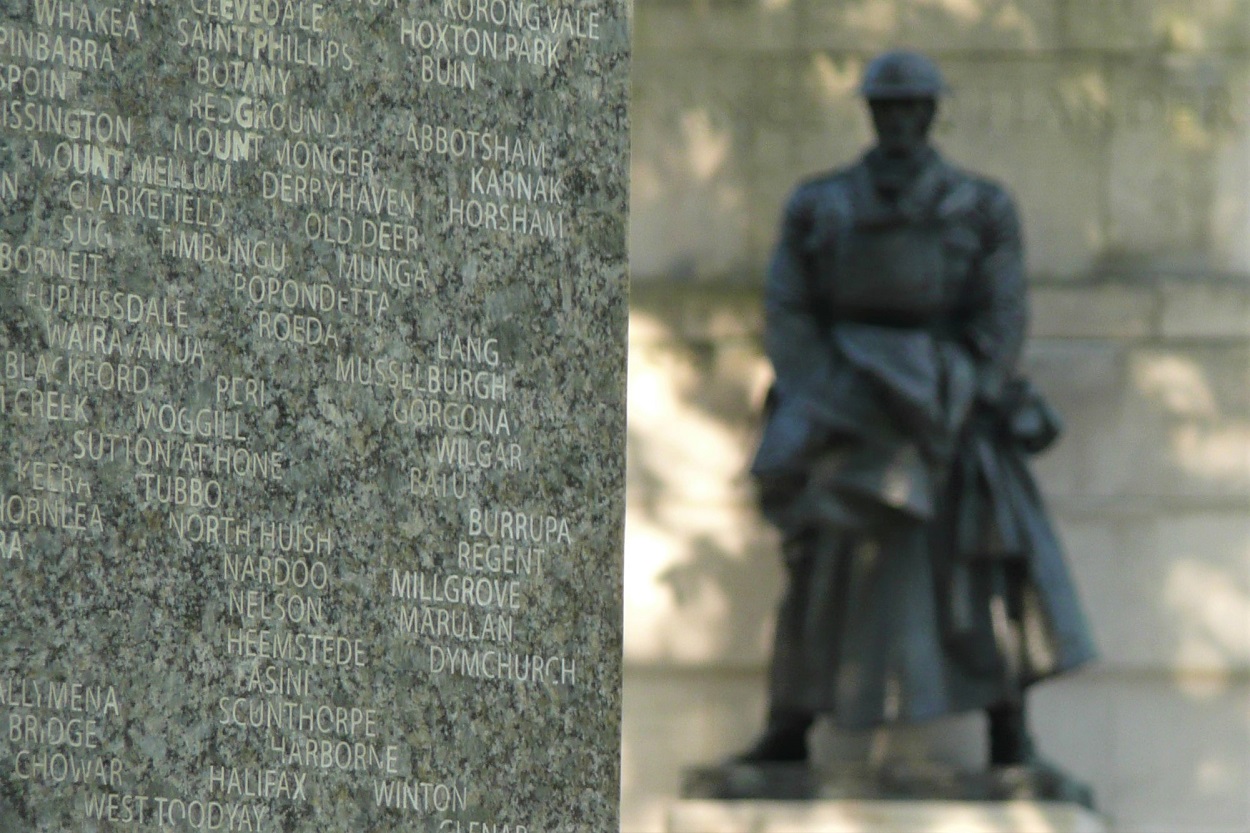 The top of Constitution Hill and the Wellington Arch ‘island’ are surrounded by memorials. Whilst Wellingtons victory over Napoleon is celebrated in the arch and statue there are many nations remembered in their contributions to world peace.