Buckingham Palace has been the principal residence and administrative headquarters of the British monarch since the accession of Queen Victoria in 1837. Prior to that the Monarch lived in St James’s Palace which, as the Court of St James's, is still today the Sovereigns' official residence. 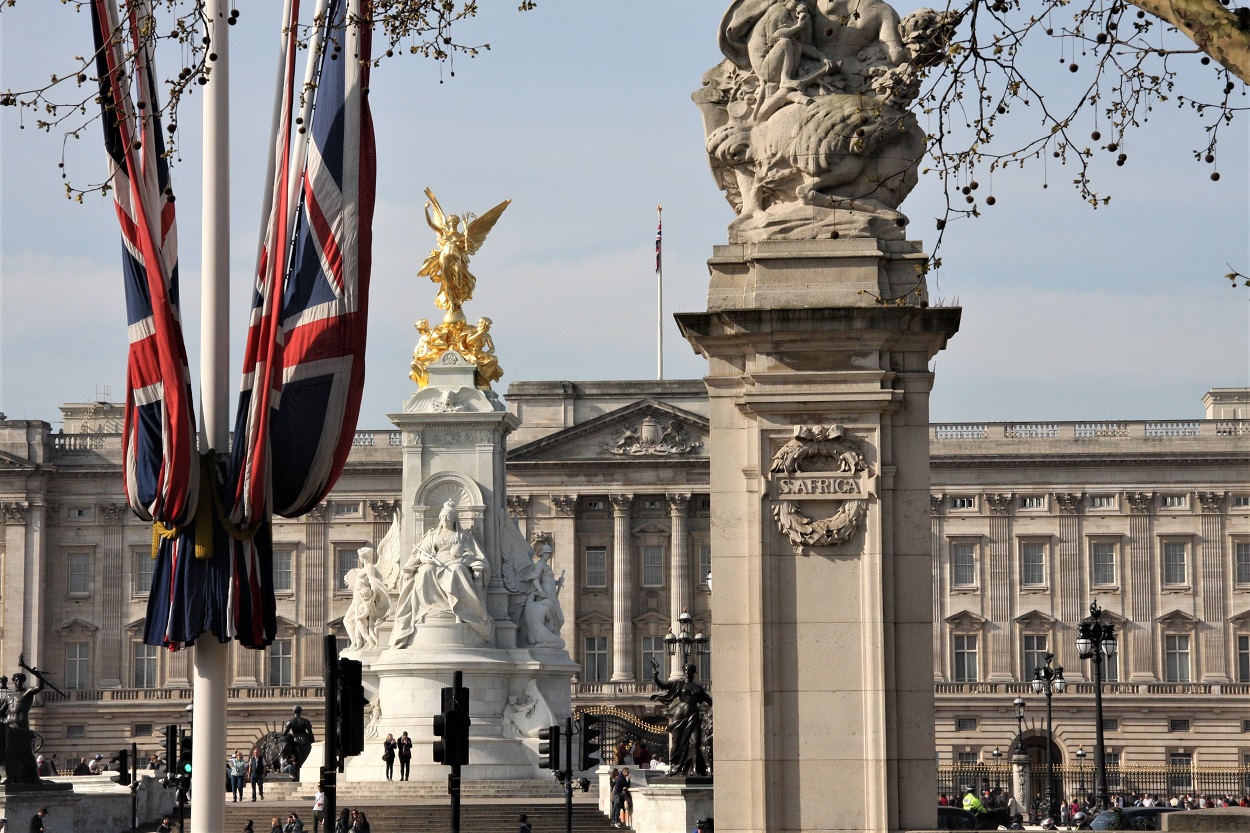 Originally built as a large townhouse in 1705 by Duke of Buckingham, it was purchased by George III as a private residence. Since then it has been enlarged and re-designed several times, noticeably by; Sir William Chambers in 1762 for George III; John Nash in 1826 for George IV who doubled its size and turned it into a palace and; Sir Aston Webb who in 1903 added the facade, gates and railings we see today.

Buckingham Palace in now the largest palace in Britain and within its walls contains the largest private garden in London. The grand approach to the palace is called the Mall. A 1km road laid out like a giant red carpet with Admiralty Arch at one end and the Queen Victoria Memorial at the other. 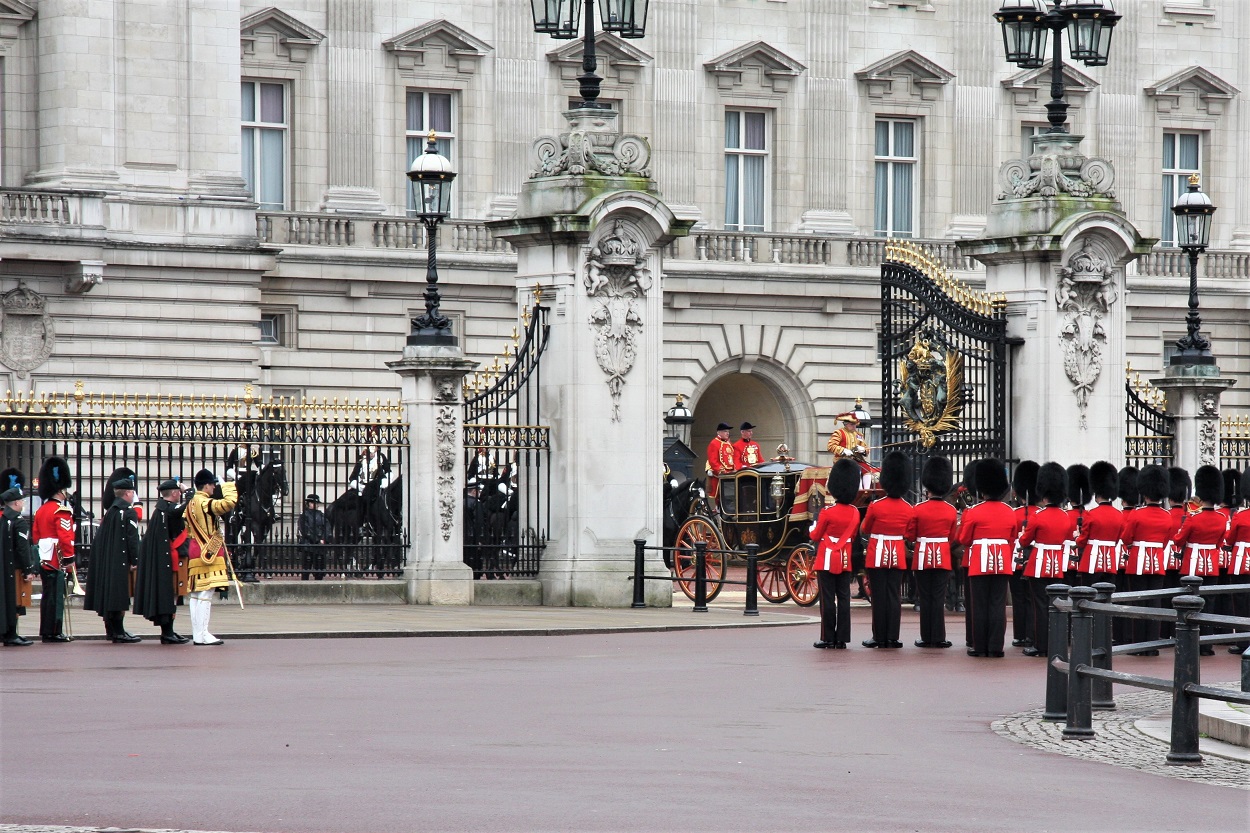 Decorated and furnished with priceless works of art the State Rooms are regularly used by The Queen and members of the royal family for State entertaining, official ceremonies and investitures. In addition to the 19 State rooms there are 52 royal and guest bedrooms, 188 staff bedrooms, 92 offices, 78 bathrooms and a 36m long, 18m wide and 13m high Ballroom.

The State Rooms are open to the general public most days between June and October each year. Before the present-day flat front was built onto Buckingham Palace the inner courtyard was 'open' on the eastern side facing The Mall.

Marble Arch, moved in 1851 to the top of Park Lane, was originally placed on this open eastern frontage as the official ceremonial entrance. Traditionally only members of the Royal Family and the King's Troop, Royal Horse Artillery, were allowed to enter the palace through the arch.

Palace's front entrance guarded by soldiers of the Household Division 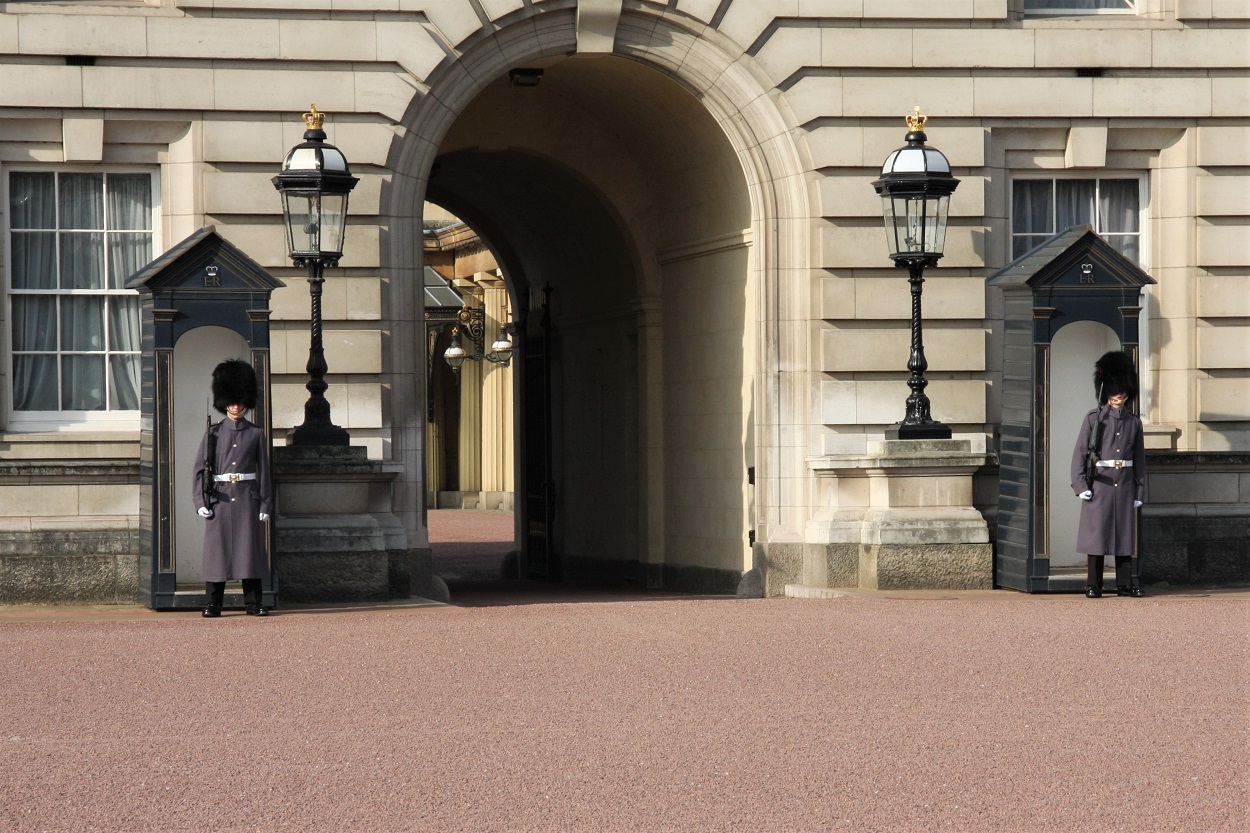 More than 50,000 people visit the palace each year as official guests of the Royal Household for; banquets, lunches, dinners, receptions and Royal Garden Parties.

The monarch have several other homes in Britain, so to denote they are 'in residents' at Buckingham Palace the Royal Standard is flown on the large roof flag pole. When not is residents the Union flag is flown

Irish Guards on ceremonial duties in their autumn/winter uniform 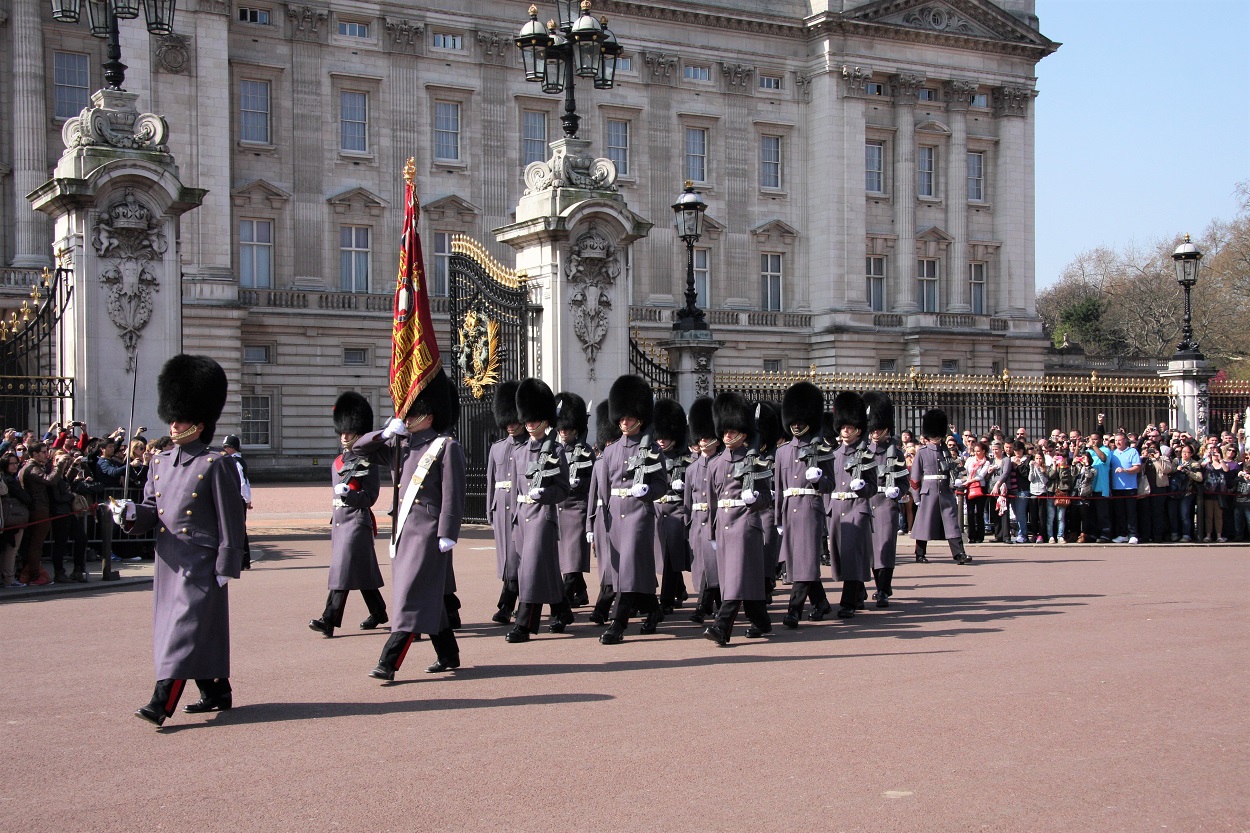 The official entrance to Buckingham Palace is guarded by The Queen's Guard, troopers of the Household Cavalry. The Changing of the Guard (Guard Mounting), which occurs most days at 11:30am in the forecourt, has become one of London’s most popular tourist attractions and is free to watch.

The State Rooms of the Palace are open for visitors to visit throughout the 'Annual Summer Opening' in July, August and September. Buckingham Palace Garden is open for picnics, Changing of the Guard is free to view.

Changing of the Guard